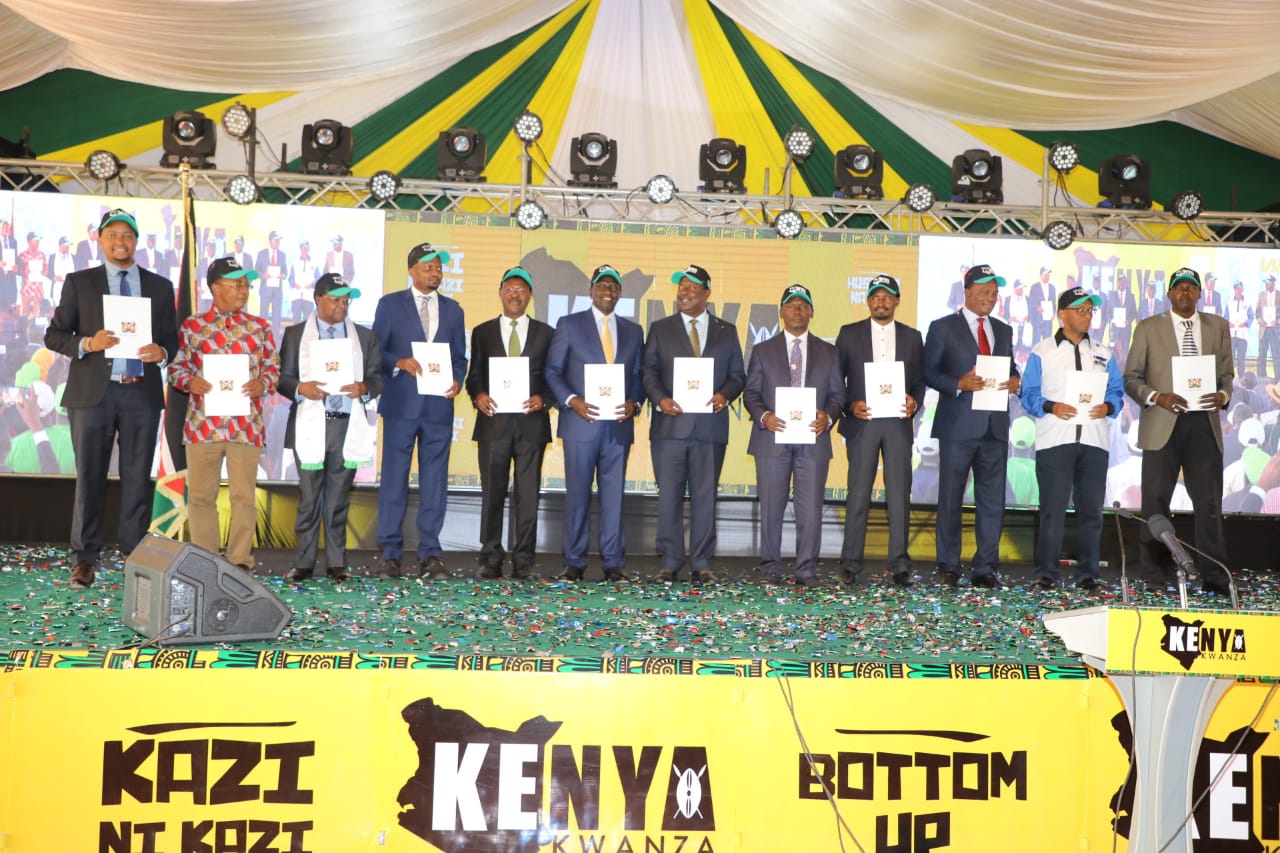 Twelve political parties have struck a deal to work under the umbrella of Kenya Kwanza ahead of August 9 polls.

The agreement was signed on Tuesday, April 12, 2022, at the Ngong Racecourse in Nairobi. The pact’s signing was overseen by the coalition’s main principals, namely Deputy President William Ruto, Musalia Mudavadi and Moses Wetangula.

The coalition also named Ruto as its presidential candidate and will use the bottom-up model of the economy to woo Kenyans to vote for it during elections.

“This is the alliance of the willing, the alliance of the free. It’s about the people and changing the economy. That’s the difference with our competitors; their coalitions are of the intimidated, blackmailed, coerced and about leaders sharing power,” said Ruto.

Ruto noted that the country’s primary disease is a lack of trust.

“The integrity of a leader is measured by their signature and word. If the two do not mean anything, then no integrity lies therein. If your signature means nothing, you do not deserve any leadership position in this country,” he added.

According to Ruto, an individual whose actions and words mean nothing should not be trusted with the leadership of the country.

“Leaders who abuse people’s trust should not be allowed to lead. We are going to change this country based on trust. We have set on a journey to take this country to the next level. This journey is not about a person but the people of Kenya,” he said.