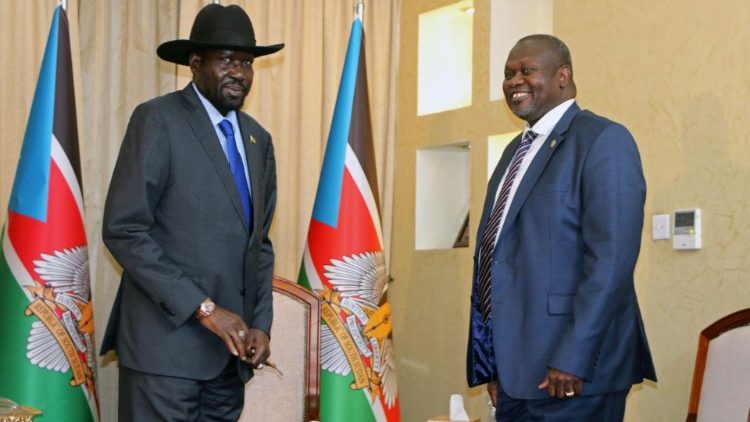 Juba, South Sudan – Steven Kay, QC, head of the QBRL Chamber, London has called upon the UNITED Nation (UN) and Africa Union (AU) to apologize for denying “coup attempt” in 2013 and 2016.

This week, Mr. Kay released the declassified report titled “Push the Reset Button for South Sudan,” to the general public in which he implicated Vice President Dr. Riek Machar, Vice President Taban Deng, among others, for plotting the coup in 2013.

Dr. Machar’s group said the report was one-sided, adding the telephone intercepts were cooked, concocted and had no basis.

Kay describes his report as “an independent” based on the telephone intercept obtained evidence.

“I was particularly directed to telephone intercept conversation recordings  preserved in South Sudan, and I was given access to them. The report I produced with my team analyzed the intercept evidence and was able to establish a pattern of fact,” Kay said.

Kay says the international community and some regional bodies ignored President  Kiir’s concerns about the fact of coup attempt in 2013 and in 2016.

Early this week, President Kiir said that the release of the information can allow people to move forward with permanent peace building that will create harmony and prosperity.

Kiir further assured people that the perpetrators in this report will be pardoned.

Mr. Kay, the queen’s counsel from the bar of England and Wales, who also has a 25-year experience of international criminal law, disagrees with the African Union report of its commission of enquiry into the South Sudan conflict, stating that there was no evidence of a coup attempt in the country.

In 2014, the AU formed the commission of inquiry headed by the former Nigerian President, Olusegun Obasanjo, to investigate the abuses.

The Obasanjo report indicated there were organized killings, human rights abuses and war crimes by the parties to the conflict, but found no evidence of a coup attempt. Obasanjo’s report concluded that the fighting within the Presidential Guards triggered the violence.

However, Kay says the AU did little to establish facts about the two conflicts in the country. He says people believe on the false narrative taken up by the international institutions and have ignored the government account on the cause of the conflict.

“It was a great shame to me looking at the work of the African Union Commission of inquiries to South Sudan. They did not take the time to analyze the telephone intercept that I did,” Kay says.

Mr. Kay said South Sudan deserves an apology from both the UN and the AU.

“The UN institutions, the AU got the facts wrong, they had an opportunity to get the facts right. They were provided with the CD-ROM of these intercepts at the time when they were making their inquiry and obviously didn’t consider them in-depth enough, or listen to them properly,” said Steven Kay during a press conference on Friday in Juba.

“There needs to be an apology there, because that has flavored and colored how people view South Sudan. Those conspiring to carry out the coup, were able to manipulate the international community by allowing them the false impression that there wasn’t a coup attempt.”

The UN, AU and those implicated in the declassified report which was compiled by Steven Kay are yet to comment on the matter.

Ateny Wek Ateny, President Kiir’s spokesperson says it’s a right time to made the declassified report’s public so that the people know what happened.

According to Ateny, the declassified report will not affect the implementation of the fragile peace deal.