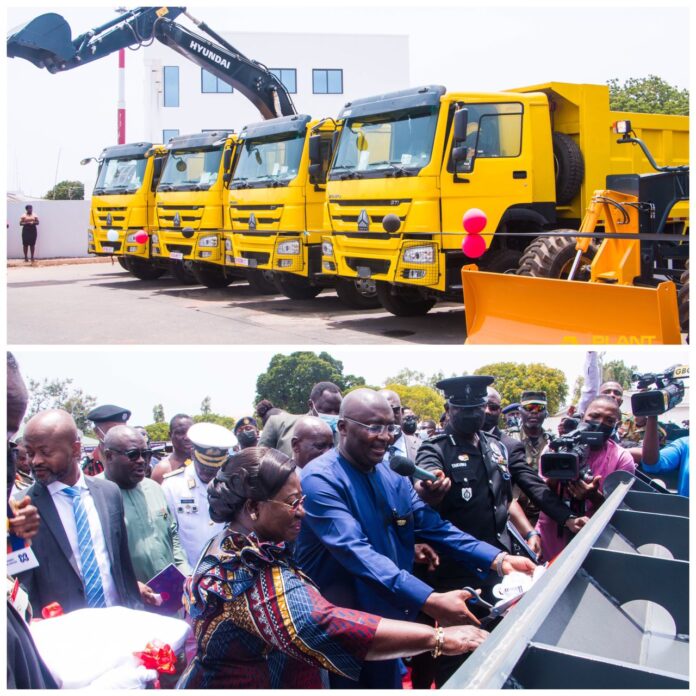 Ghana’s Vice President is calling on the business community to venture more into collaborations with the Armed Forces. Dr. Mahamudu Bawumia was speaking at the unveiling of twelve joint venture production companies under the Defence Industries Holding Company Limited (DIHOC) of the Ghana Armed Forces (GAF) at the Burma, Accra.

“This development presents a beautiful synergy between the efficiencies availed by the private sector and the institutional discipline and diligence availed by the armed forces in driving the industrialization strategy of the government,” he stated.

According to Dr Bawumia, such collaborations between the private sector and the Army will help to develop a diversity of production value-chain that will mutually benefit both the civilians and the military.

At the event, some construction equipment provided by the Jospong Group of Companies (JGC), one of the companies collaborating with the Armed Forces were commissioned to demonstrate its contributions as Joint Venture Company.

The construction equipment are expected to facilitate various construction works undertaken by Field Engineers of the GAF including roads, buildings among others.

Dr Bawumia noted that though the GAF have had DIHOC, “this entity has not been leveraged significantly to catalyst the industrialization of our country until now.”

The Vice President noted, the creation of such an industrial complex has the potential of creating 1,5000 direct jobs, hence described as “amazing” the over a billion-dollar investment portfolio being provided by the private sector under the partnership.

According to him, there were ongoing arrangements to increase the number of companies under the industrial complex including the development of a 20,000-acre land into a cattle ranch and other agro-businesses, among other businesses.

He, therefore, assured the companies of the government’s support to ensure that they thrive to become the bedrock of a defense industrial complex that will not only serve the security and defense needs of Ghana and Africa but also countries across the world.

Albeit applauding the GAF for their continuous efforts to preserve Ghana’s territorial integrity and the relative peace in the country, Dr. Bawumia pointed out that the current system of armaments acquisition through purchase agreements have been bedeviled with several challenges.

“The Ghana Armed Forces and all other security establishments in the country have depended mainly on the import of security hardware and equipment for their operations. Armaments such as armored vehicles, weapons, ammunition, and communication systems are all procured from external entities, mostly through sale and purchase agreements. This structure of armaments acquisition through purchase agreements raises several challenges that continue to undermine the efficiency of the GAF,” he said.

Additionally, he indicated that most of the foreign suppliers do not have local logistics support in Ghana to help maintain these very expensive and sophisticated armaments. Consequently, the maintenance and support required for these defense and security assets’ effectiveness are not readily available.

Consequently, Dr. Bawumia said the maintenance and logistical support for these assets usually come with huge costs to the government even in cases where these ammunitions are donations from other countries.

“Also there is little skill transfer and no technology transfer in such sales and purchase arrangements with foreign suppliers,” the vice president bemoaned.

The Director of Legal, GAF, General Benjamin Amoah Boakye, said the GAF has had a very good relationship with the JGC for the past years. He said the fleet of construction equipment provided by JGC will enable the 48 and 49 Field Engineers of the GAF to embark on various construction works 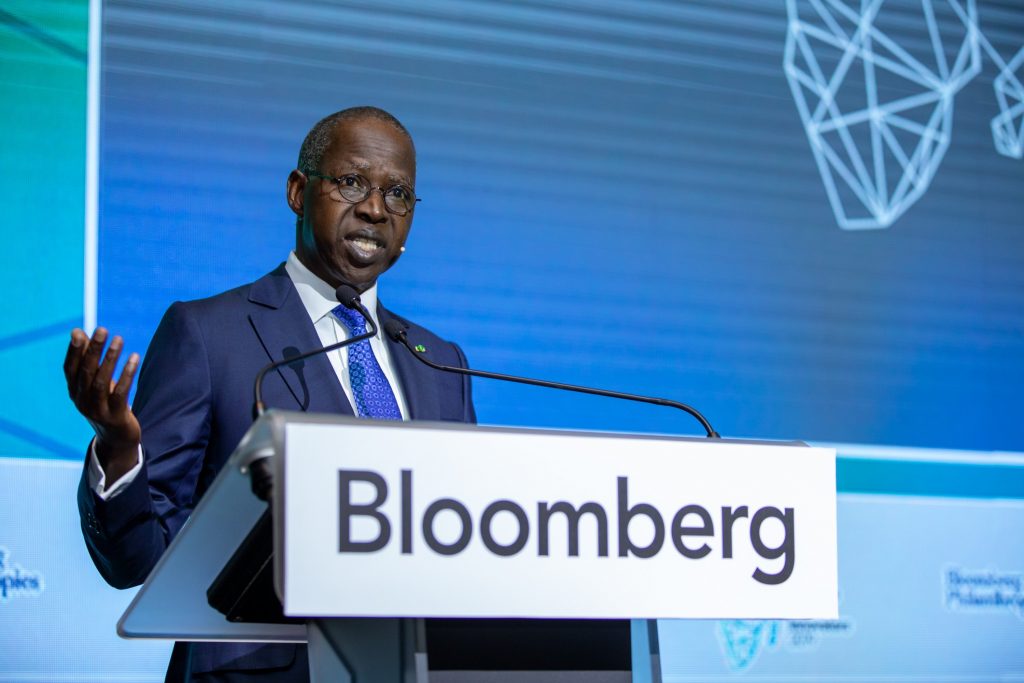