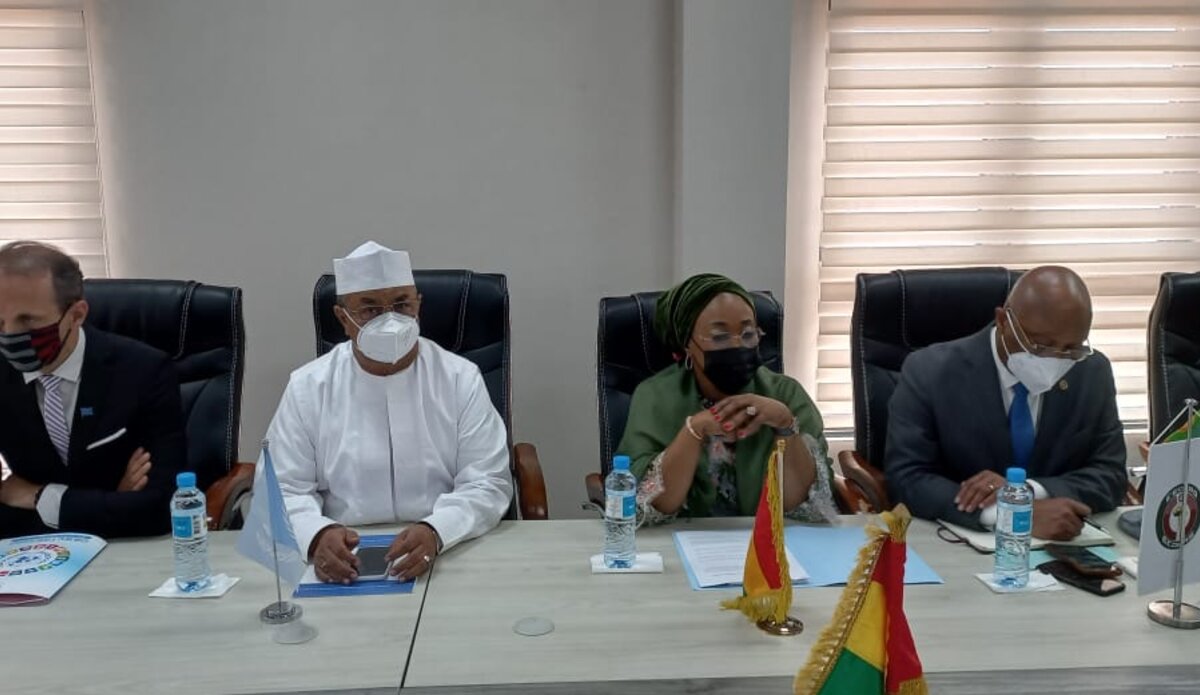 The objective of the mission was to assess the ongoing transition process, and to reiterate the solidarity of the international community with the legitimate aspirations of the people of Guinea for a stable and inclusive society.

As part of the mission, the delegation was received in audience by the President of the Transition, Colonel Mamady Doumbouya. It also held talks with Prime Minister Mohamed Béavogui and Foreign Minister Morissanda Kouyaté, as well as the National Transitional Council and members of the diplomatic corps accredited to Guinea.

ECOWAS and UNOWAS welcomed the establishment of the National Transitional Council and urged the transitional authorities to adopt a timetable for the restoration of constitutional order, as recommended by the ECOWAS Assembly of Heads of State and Government. According to Mr. ANNADIF, transition periods are not intended to solve all the difficulties faced by a country, but to lay the foundations that will gradually allow the implementation of appropriate solutions.

The joint ECOWAS-UNOWAS delegation reaffirmed the commitment of both organizations to support Guineans in their efforts to restore constitutional order and stability in Guinea. “Experience has proven the effectiveness of the action of the United Nations and regional organizations when they cooperate closely, as was the case for this joint mission with ECOWAS,” said the Special Representative of the Secretary-General.

Distributed by African Media Agency (AMA) on behalf of UNOWAS.