Juba – South Sudan’s peace monitoring body has called on the main peace partner to reverse its decision of suspending its participation in the various security mechanisms.

The Interim chairman of R-JMEC, Charles Tai Gituai believes resolving the concerns of SPLM-IO require their full participation in the security mechanism meetings.

Of recently, the SPLM/A – IO resolved to suspend its membership participation in security mechanism meetings.

The Political Bureau meeting chaired by Dr. Riek Machar cited what is termed as unprovoked attacks on their military bases and cantonment sites.

The peace party also called for regional and international interventions to resolve differences.

The SSPDF categorically denied the allegations, saying its forces acts in self-defense.

The Joint Defense Board is a key mechanism composed of the chief of defense forces of these three parties responsible to their respective forces and as such its role is imperative in addressing security related issues, said Tai.

“Therefore, addressing the specific concerns that the SPLA-IO has raised requires that these security mechanisms be fully composed of representatives from all the parties which means full participation of the SPLM/A-IO”, Gen. Tai said during the 22nd meeting of the R-JMEC in Juba.

“I urge that the SPLM/A-IO to reverse the suspension of its participation in the security mechanisms in order to allow redress of the matters they have raised”, Gen. Tai added.

On the other hand, both the Troika and the UNMISS has noted the concerns and consequential violence regarding ongoing fighting, calling on all parties to comply fully with the letter and spirit of the Peace Agreement.

In a statement Wednesday, the U.S., the U.K. and Norway — the troika supporting South Sudan’s peace deal — said they were concerned that the fighting threatens to undermine the government’s unity.

“With less than a year left of the transitional period, whole-hearted commitment is critical to get us past the finish line,” the statement said. “Unfortunately, recent events signal the opposite,” Troika said.

Meanwhile, Nicholas Haysom, the Secretary-General’s Special Representative for South Sudan, and Head of the United Nations Mission in South Sudan (UNMISS) say it is “deeply worrying.”

He urged all signatories to the peace deal to respect this vital document.

“Less than 12 months of the transitional period remain; it is crucial that all parties continue their best efforts to sustain the ceasefire and work towards implementing all outstanding benchmarks so that free and fair elections can take place,” Haysom said.

“There is no military solution to the conflict in South Sudan. I encourage all political parties to put aside their differences in the larger interest of peace, progress, and prosperity, ” he added.

There is alarming spike in violent conflict in Upper Nile and Unity States, that has directly impacted SPLM/A-IO cantonment sites as well as innocent civilian.

According to the statement, the attacks on several cantonment sites reportedly resulted in the displacement of civilians and destruction of properties.

However, latest fighting broke out between rival soldiers in South Sudan, threatening a fragile 2018 peace agreement forged with the help of regional and international communities, but challenge remains, including completing the unification of the army command. 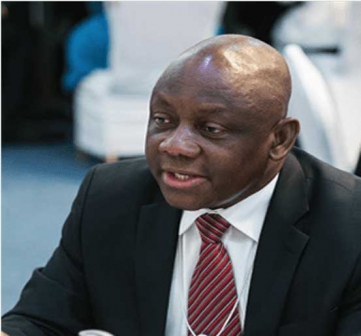