Juba – South Sudanese President Salva Kiir has pledged to not return the country to civil the war despite the political stalemate on the fragile 2018 peace deal.

Both Kiir and his rival have reiterated their full commitment to peace following an awful night in Juba that saw deployment of troops in the capital recently.

“The SPLM-IO will not be the one to return the country to war”, Machar said in the press statement, adding his party is committed to the full implementation of the peace agreement.

“I would not deliberately return this country to war and I will remain committed to this pledge,” Kiir told journalists in Juba on Monday.

The President’s state address came amid the escalation of tensions after  heavily armed security forces were deployed and surrounded the Vice President Machar’s residence on Sunday, including speculation and fear of loaming fighting among the parties in Juba following clashes between SSPDF and SPLA-IO in Upper Nile State last week

The SPLM in opposition has criticized the move and described it as “disruptive” to the peace implementation, weakening the trust, confidence, and dialogue among the parties to the agreement.

This sparked tensions and panic in Juba with speculations that Dr. Machar was being put under house arrest by President Kiir.

However, this unnecessary panic among the civil population is similar to incidents that led to December 2013 and July 2016 fighting in Juba.

In a statement to the press, Dr. Machar said the deployment of soldiers created “unnecessary tension and panic” to Juba residents.

But Kiir downplayed it, saying the exercise was normal and does not amount to insecurity in the country’s capital Juba.

He attributed it to criminals’ embedding’ themselves in residential areas in the country’s capital.

“There is no problem of insecurity in the streets of Juba. What is being done in Juba by the army and security forces is a normal thing. It can happen in any country because here in Juba there are criminals who have embedded themselves among the citizens,” said Kiir. “These people may go and shoot a bullet near the house of Riek Machar, we might think that it is Riek that has begun attacking people. So, the presence of security forces in the streets does not mean that there is insecurity in Juba, it is not,” he added.

Peace On Track Despite The Storm

“We ensure that no one panic from this and I am assuring you that the implementation of the revitalized peace agreement is on track,” Kiir said.

“We all considered this agreement as the path to our stability and I am committed with our partners to implement it,” Kiir said, pledged he would not return this country into war.

Kiir said the revitalized peace agreement is an “ambitious document” that cannot be implemented overnight and stressed that its full implementation requires a genuine and sustained discussion among the parties.

Kiir has called the political parties in the peace agreement to allow sustainable dialogue and partnership for the country to achieve duration peace.

Kiir said parties face obstacles and deadlock in implementing the revitalized agreement. Still, he reaffirmed and assured the citizens of his commitment to prevent war in the country.

Kiir said a sustainable dialogue is the only way to resolve some “minor bumps” along the way of implementation of the 2018 Revitalized Peace Agreement.

Of recent, the SPLM-IO pull out of security mechanisms, something Kiir say it’s not a right decision.

“The full implementation of this agreement can’t be done without having a sustainable dialogue among the parties in process of dialogue, we the parties to the agreement a time it has minor bump on the road,” President Kiir said. “Up to now the door is not closed. We are ready to enter into dialogue. There is no obstacles that cannot be resolved”

Kiir warned of political competition among the peace parties that dragged the agreement’s implementation backward and called for transparent and total commitment among the parties to ensure South Sudan attained durable peace.

Delay on unification of forces

President Kiir has distanced himself from the growing stalemate that is preventing the graduation of the unified forces, saying is due to the failure of opposition groups to organize their soldiers in the military standard.

He unveiled that the SPLM/A-IO and all other opposition came with very senior officers [from Lt General to Colonel) and you cannot find a single soldier.

Kiir further said the parties are working to reduce the ranks within one week, but months kept on passing without any action being taken.

According to the President, he couldn’t reduce the ranks of forces being commanded by other people because it might cause defections or take the country back to war, which he said he didn’t want.

“Yes, I am the President, but I cannot do this because it may cause defection in your forces and result in war,” Kiir said. So, I told my brother, Dr. Riek Machar, bringing your officers into their correct ranks and he told me, give me seven days – until now, the months have passed and he did not do it. This is the reason why we have not yet completed the organization and the graduation of forces.”

However, Machar accused president Kiir of violating a 2018 deal in a letter to the regional mediator [IGAD], calling for the intervention to protect the country’s fragile peace deal from collapsing amid the fresh confrontation.

Kiir and Machar now share power in a government of national unity is a only window to end a bloody war in which tens of thousands of people were killed and uprooted four million people from their homes.

But tasks remain, including the key reforms in the government and completing unification of the army command. 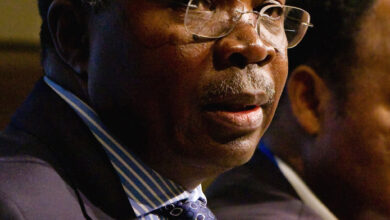