Johannesburg, March 15, 2022 – At a ceremony at Constitution Hill in Johannesburg, they endorsed the Joint Declaration of Religious Leaders against Modern Slavery.

The signing in Johannesburg is the eleventh since 2014, when Pope Francis and Grand Ayatollah Taqi al-Modarresi joined other faith leaders from many of the world’s great religions in declaring that modern slavery must be eradicated.

The Global Freedom Network, which convened the signing, is the faith-based arm of Walk Free, an international human rights organisation. The Network is building a coalition of faith leaders to accelerate the end of modern slavery. Walk Free believes faith leaders can be a bridge between victims and law enforcement, social workers and victim support groups.

Modern slavery is an umbrella term which includes human trafficking, domestic servitude, the worst forms of child labour and forced and child marriage.

Franca Pellegrini, director of the Global Freedom Network, who presided over the ceremony, said faith leaders were in a unique position to see into the hearts of their communities.

“Faith leaders occupy a prominent position and are well placed to lead the fight against modern slavery in their communities”, said Ms Pellegrini. “The philosophy of Global Freedom Network is built on interfaith collaboration.

Pellegrini said that the Global Freedom Network was “acutely aware that poverty and inequality were driving forces of many forms of modern slavery”.

She noted that Walk Free’s Global Slavery Index rated South Africa a B – the top rating in Africa, which is accorded to nine countries on the continent. Ten countries – mainly in Europe – are rated A. The most recent Global Slavery Index was published in 2018, with an updated index due for release later this year.

The signing event coincided with the launch of the Faith For Freedom smartphone app, which was developed in collaboration with faith leaders to help guide them to tackle modern slavery in their communities and congregations.

“This a practical tool designed for and developed by faith leaders to assist with their important work addressing modern slavery in their congregations and communities,” Ms Pellegrini said. “We are using modern technology to address an age-old problem.”

The Faith For Freedom app is free to download now from Apple’s App Store and Google’s Play Store. Visit faithforfreedom.org to learn more. 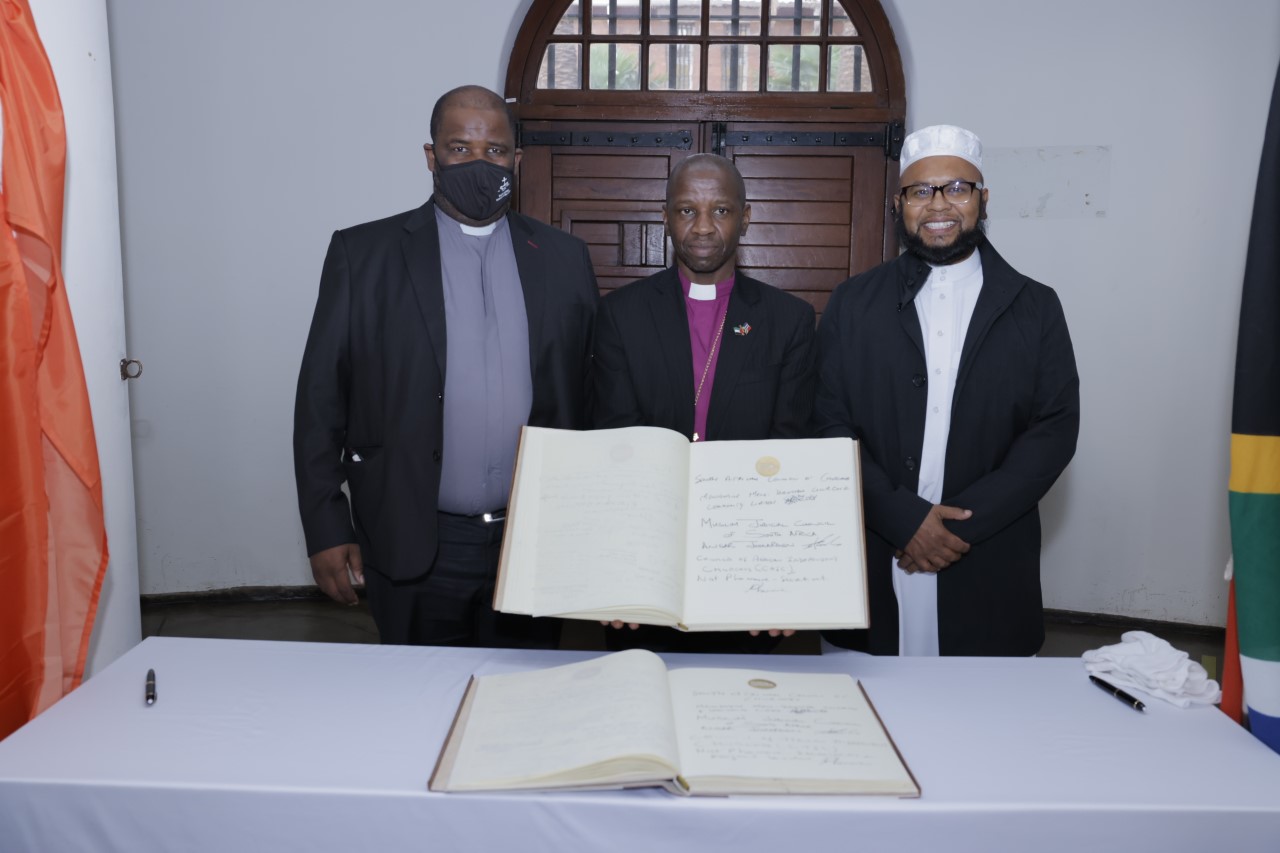 Walk Free is an international human rights organisation dedicated to accelerating the end of modern slavery. Walk Free works in collaboration with partners all over the world who are committed to ending modern slavery. It was co-founded in 2010 by Grace Forrest. Walk Free creates the Global Slavery Index (GSI), the world’s leading data set on modern slavery.

The GSI provides a country-by-country ranking of the number of people in modern slavery, country risk factors and an analysis of each government’s actions in responding to it.

The Global Freedom Network is the faith arm of Walk Free. The Network is building a coalition of faith leaders to accelerate the end of modern slavery. Walk Free believes faith leaders can be a bridge between victims and law enforcement, social workers and victim support groups. The Global Freedom Network was formed in 2014 when it held the inaugural signing of the Joint Declaration of Religious Leaders Against Modern Slavery at the Vatican.

Coronavirus – Seychelles: Overview of Cases in Seychelles as of 11th August 2020