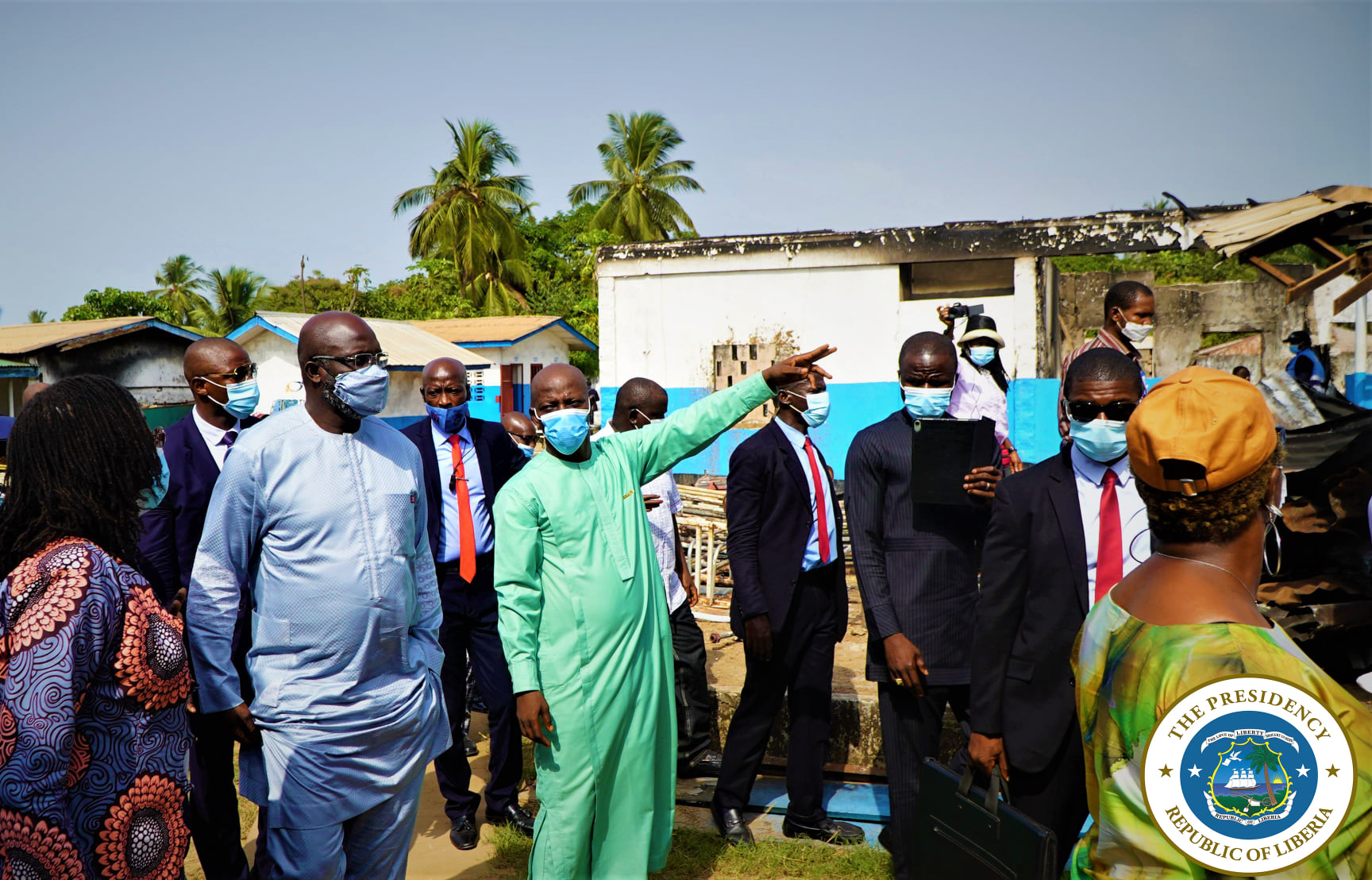 The President of the Republic, Dr. George Manneh Weah, has committed the Government to building a new referral hospital in Grand Bassa County following a devastating fire disaster at the biggest public health facility in the county.Grand Bassa Government Hospital has in the last few years suffered at least three major fire incidents blamed on electric shocks and other poor infrastructure causes.Three days following the fire disaster which left critical facilities damaged, President Weah paid a visit to the scene to have a firsthand assessment of the situation and to sympathize with management of the hospital and the people of Grand Bassa County.While inspecting the charred remains of the hospital on a guarded tour Monday, March 7, the Liberian Leader observed that the current structure, built in 1946, has outlived its usefulness and needed to be modernized to commensurate with modern day realities.He said further: “Though I have a busy schedule, I am forced to come here to see and ascertain what happened. I know fire is not a good thing but thank God it’s not too grave also. The building could have burned down to zero. Thank God there’s no casualty as well.”Following presentations by the Hospital authorities and County Health Officer on how the fire started and other constraints faced, the Liberian Chief Executive promised that his administration would endeavor to restore immediate and needful things in the space of 24 hours.“You can see that this Hospital has been in existence since 1946. You will also understand that it needs to be upgraded, and the reason is that anytime there’s fire, it means something is obsolete,” the President asserted. 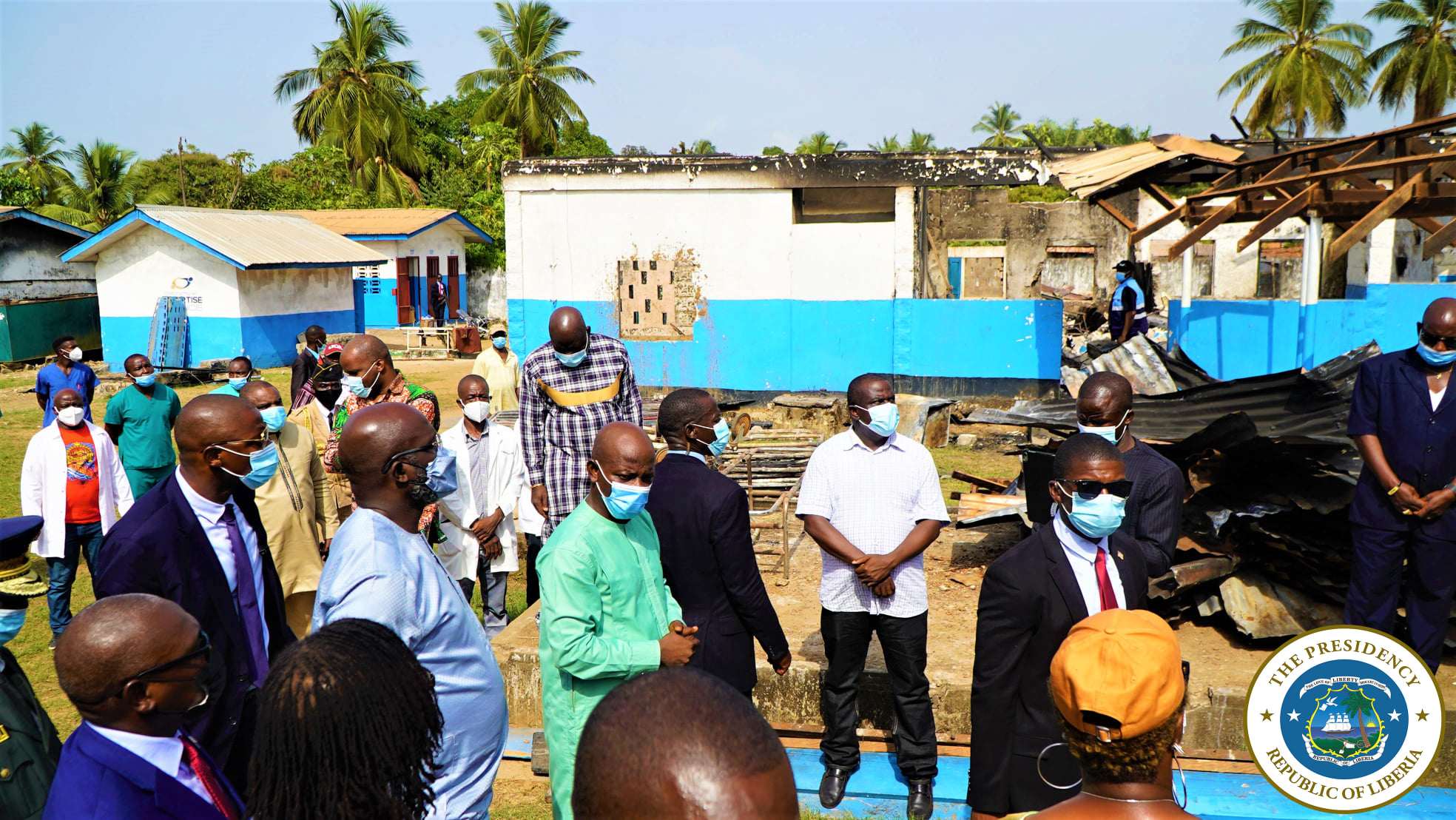 President Weah also maintained that the fire incident signaled the need to modernize the electrical installations, and stressed: “We need to get back to the drawing board so we can get a better hospital facility.The Liberian Leader has, however, instructed the Liberia Water and Sewer Corporation Grand Bassa Outstation to immediately restore the water facility at the Hospital which was disrupted as a result of the fire incident.President Weah particularly thanked citizens of Buchanan who, in the spirit of unity and love, rushed to the scene to quell the fire.*Source Republic of Liberia: Executive Mansion

STATEMENT OF VENEZUELAN AMBASSADOR TO THE PEOPLE OF AFRICAN UNION

The Most Powerful Resource We All Need Right Now: The Supernatural Power of God