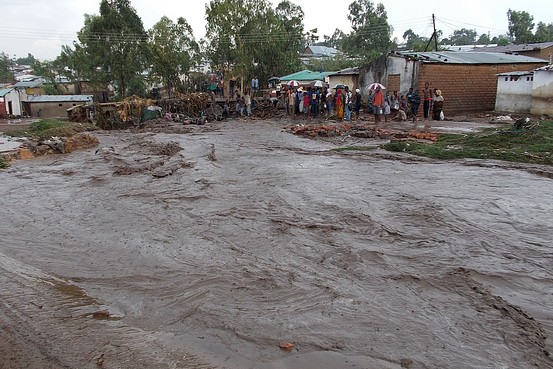 About five people have died after a devasting Cyclone Gombe that is moving towards the country from Mozambique according to Malawi’s Department of Disaster Management Affairs (DoDMA).

According to the World Meteorological Organization (WMO), Gombe made initial landfall in Mozambique on Friday as a Category 3 tropical cyclone “with devastating winds, rainfall and storm surge.”

The WMO added in its warning posted Friday on Twitter that heavy rains “bring a threat of flooding in Mozambique and southern Malawi for several days.”

Malawi’s Department of Climate Change and Meteorological Services has issued a bulletin regarding Gombe’s approach, adding that 10 districts in southern Malawi, including those bordering Mozambique, will be affected.

As preparatory measures, the DoDMA has stockpiled relief items and deployed a search and rescue team to the flood-prone areas.

Earlier this year, Malawi was hit by Tropical Cyclone Ana, which left at least 46 people dead and another 18 missing in the country, affecting more than 221,000 households and 945,000 people, according to official reports.