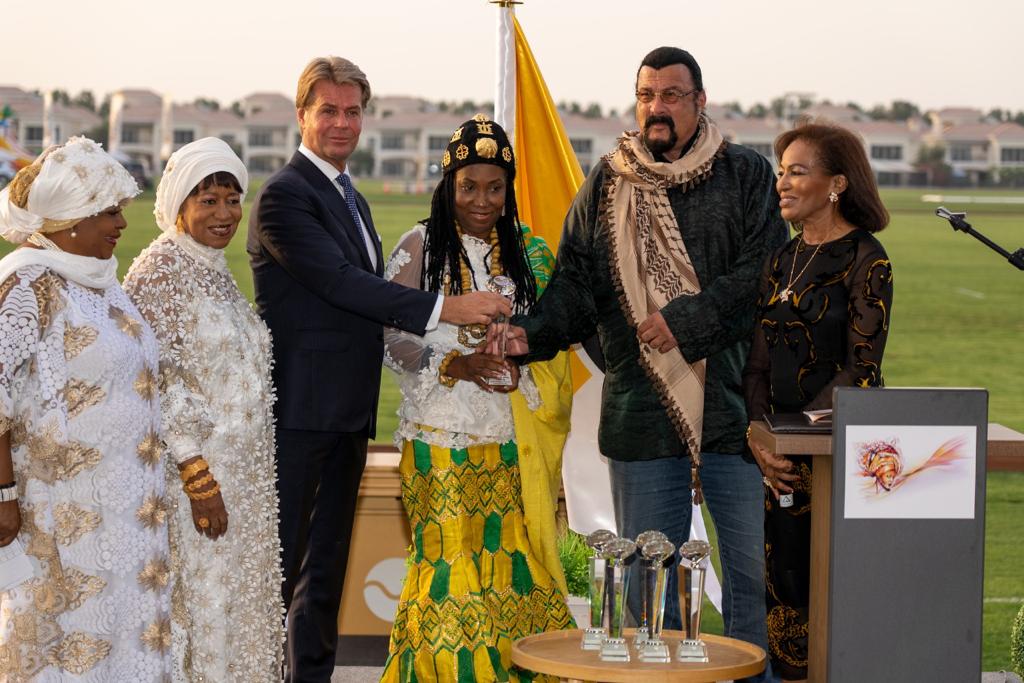 Two giants in the Energy and Oil sectors topped the HE or She Leadership Awards categories for their outstanding contributions toward gender equality: Petrolin’s multi-billionaire Oil boss- Mr. Samuel Dossou-Aworet who is also Chairman of the African Business Roundtable and the global Renewable Energy giant, Mr. Kerry Adler- CEO and Founder of Sky power Group of Companies – who is lighting up the world for men and women worldwide.

Past honorees of the awards include: the late Winnie Mandela, HE Nana Konadu Agyeman Rawlings, HE Dr. Joyce Banda – Former President of Malawi, Mrs. Kagame, First Lady of Rwanda, Mrs. Sirleaf Johnson -former President of Liberia are among many other notable Women of Excellence have been honored since its inception.

Rev Dr. Princess Asie Kabuki Ocansey (with crown) received the Millenial International Edition of the African Women of Excellence Global Leadership Awards being presented to her jointly by Hollywood’s mega action movie star, Mr. Steven Seagal ( to her left)  an.d Chairman of IFZA -Mr. Martin Pedersen ( to him. r right). First are flanked by Dr. Juliette Tuakli to the right of Mr. Segal with HE Ambassador Erieka Bennett (next to Mr. Pedersen) and Dr. Toni Luck. 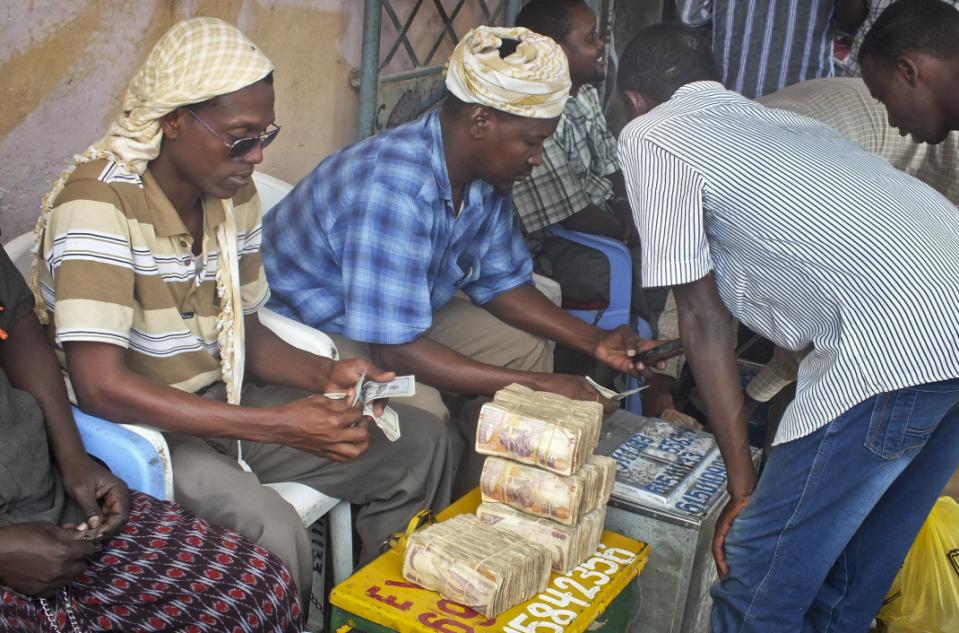 US bank shuts down informal remittances to Somalia