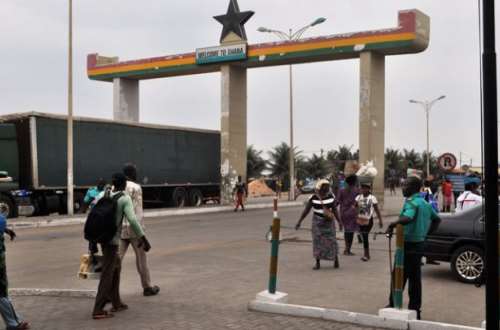 The Minority in Ghana’s Parliament is asking President Akufo-Addo to immediately reopen the country’s land borders to prevent further crumbling of the communities. The land entry and exit points between the West African country and its neighbors were closed as a measure to curb the spread of COVID-19 during its peak.

The borders have been closed in the last 2 years, killing all economic activities in the border communities.  Government of Ghana has insisted the borders will only be opened it’s safe to do so despite growing concerns over the impact of the closure and illegitimate crossing in and out of the country.

“Our call is on President Akufo-Addo supported by his Minister for Health and Minister for Interior to take urgent practical steps for reopening of Ghana’s Land borders, to allow for free flow of persons and goods” the leader of the Minority group in Parliament said.

Haruna Iddrisu, who was addressing the media in Parliament argued that the government has no reason to still keep borders closed.

“Across ECOWAS and the rest of the world post COVID, though we are not out of the woods yet, we want to see a return to normalcy with the movement of goods and service to our borders. Therefore, whatever proactive measures that need to be taken, there can be no justification for the continued closure of Ghana’s land borders,” the Minority Leader implored.

The former Trades Minister also demanded an immediately reduction of fees charged at the Kotoka International Airport by government for COVID-19 testing. He wants a reduction in the $100 fees charged foreigners and a waiver of the $50 for Ghanaians.

According to him, the advent of vaccines has ensured that tests in many parts of the world do not cost more than $50.