East African Community (EAC), the regional economic and political integration block has called for a peaceful resolution to the ongoing conflict between Ukraine and the Russian Federation that started a week ago following Russia’s invasion of Ukraine.

In a press statement released on Wednesday, EAC said it was deeply concerned by the ongoing conflict between the Russian Federation and the Republic of Ukraine. Members states had not yet reacted on the ongoing conflict that has attracted global attention until the UN vote on Ukraine declaration that condemns the Mosco’s invasion of the Eastern European country. However, Uganda’s first son, Lieutenant General Muhoozi Kainerugaba who is also the commander of the Uganda’s land forces had expressed support to Russia via his Twitter account.

The EAC urged protagonists to find peaceful solution the crisis that has sparked anger among western powers and their allies who opposed Russian invasion of Ukraine and others who support the former soviet union’s actions.

“The EAC calls for restraint and an immediate ceasefire by the two sides to avoid further loss of life and damage to property. The EAC further calls on all parties to seek an amicable settlement through the conflict resolution avenues available under the Charter of the United Nations,” the regional body stated.

The EAC also condemned the reported discrimination against Africans  who  have been prevented from fleeing the war in Ukraine mainly at the border with Poland. “The EAC shares deep concern expressed by the African Union Commission on the reported discrimination of Africans seeking safe exit from the conflict zone in Ukraine. The EAC calls upon the concerned authorities to accord equal treatment to all affected persons.”

The EAC stated its secretariat is working closely with EAC Partner States’ Missions in Eastern Europe, to facilitate the safe exit of EAC residents in the affected areas. Many students have turned on social media to denounce racism on the border between Ukraine and Poland. Several videos shared online show Africans being turned away by security officers at the border while others narrated how they were told to walk long distances.

The regional body further urged protagonists to use diplomatic channels to end the conflict. “The EAC encourages the two parties to exhaust all diplomatic options in an effort to find a lasting solution to the ongoing conflict.” Noted the East Africa’s regional block.

According to media reports, more than 1 million people have fled the conflict to Ukraine’s neighboring countries while others are stranded in the country. Russian forces are advancing towards the capital Kyiv amid increasing bombardment in the city and across the country.  On Wednesday Russia seized Mariupol, a city in the Southern Ukraine, the first major city to fall under Russian forces.

Pyotr Andriushchenko, an aide to the mayor of Mariupol, said the city was facing “humanitarian catastrophe” with Russian forces blocking all exits and entrances to the city and preventing the evacuation of the wounded, the Financial Times reported. 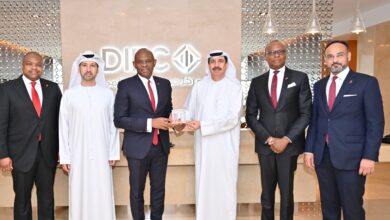