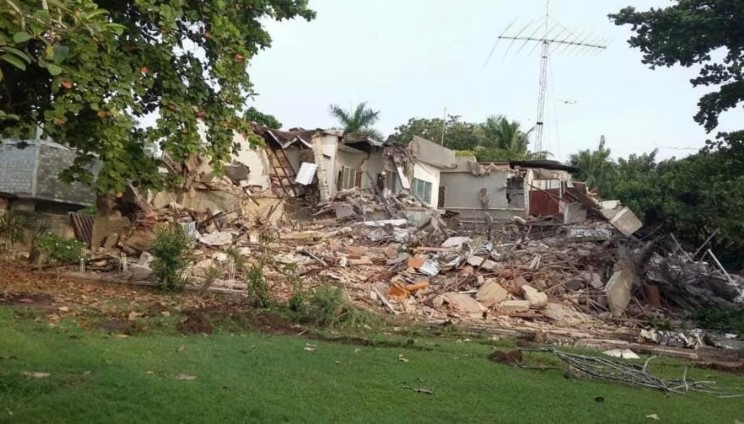 Ranking Member on Parliament’s Foreign Affairs Committee, Samuel Okudzeto Ablakwa, has described as “aggressively mindless” the demolishing of the Bulgarian Embassy in Accra

The North Tongu MP and former minister expressed worry over the attack he opines is on the people of the European country. Mr Ablakwa says deviant personnel from the Cantonments Police Station in Accra are alleged to have perpetrated the act which constitutes a breach of the Vienna Convention on Diplomatic Relations.

The MP took to his Facebook page on Tuesday, March 15, 2022 to make public the incident, adding that the Honorary Consul, Mr Nicolaas C.M. van Staalduinen was also assaulted in his effort to restrain the group carrying out the demolition exercise.

“According to eyewitnesses, the armed rogue elements with extra fortification from deviant land guards and errant personnel allegedly from the Cantonments Police Station had the sheer effrontery in broad daylight to evict Bulgarian Embassy staff, throw out inviolable assets belonging to the Bulgarians and assault the Honorary Consul, Mr Nicolaas C.M. Van Staalduinen in his effort to restrain them,” he said. 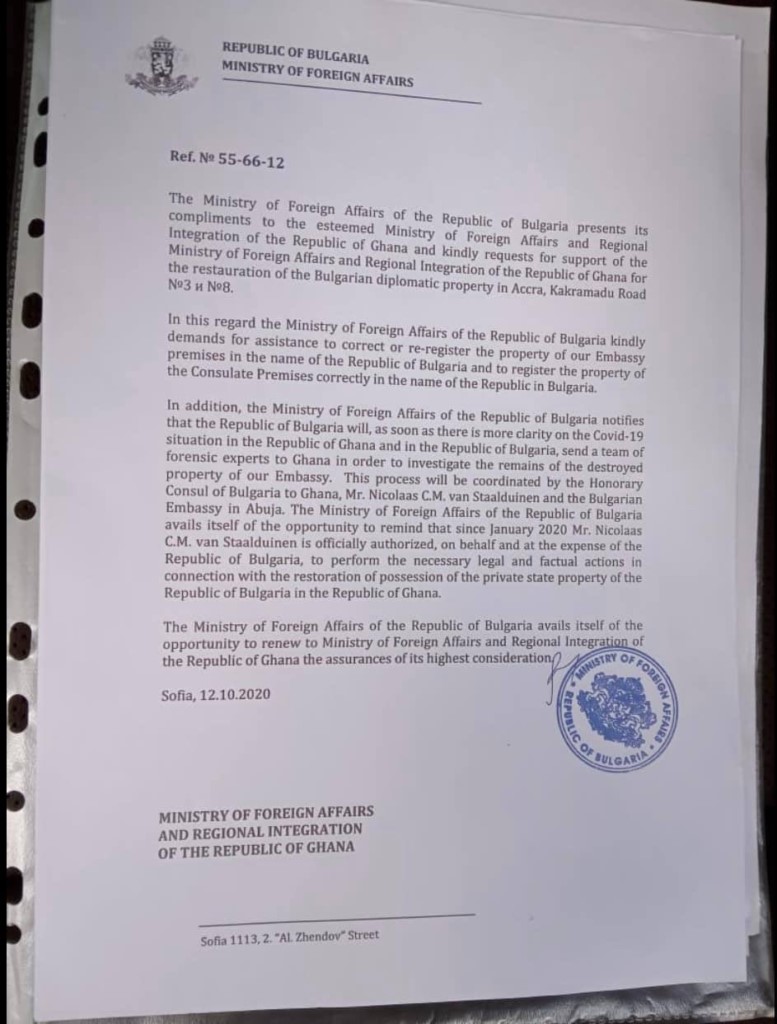 “Valuables including generators, computers, printers, refrigerators, archival documents which represent a treasure trove of deep historical bonds and a stash of vital diplomatic exchanges were not spared by the marauding encroachers.” He said the ‘mafia-style’ operation on the East Cantonment building is “even more shocking, exceedingly lawless, and provocative.” Mr Ablakwa insists that the development amounts to courting war with the Bulgarians.

Attached to the Facebook post was a series of correspondence between the Bulgarian Embassy, the Foreign Affairs Ministry of Ghana, and the Lands Commission concerning the restoration and affirmation efforts of the Embassy by Bulgarian authorities.

Back in 2020, armed men reportedly stormed the compound of the Nigerian High Commission compound in Accra and destroyed some buildings under construction.

This was after a businessman claimed that he owned the land where the building was being put up. This sparked a row between the two countries, compelling President Akufo-Addo to apologize for the unfortunate development. According to him, the Ghanaian taxpayer is currently funding the reconstruction of the Embassy to appease the Nigerian authorities.

The MP bemoaned the incident which according to him, more or less ruined the neighborly relationship between Nigeria and Ghana. 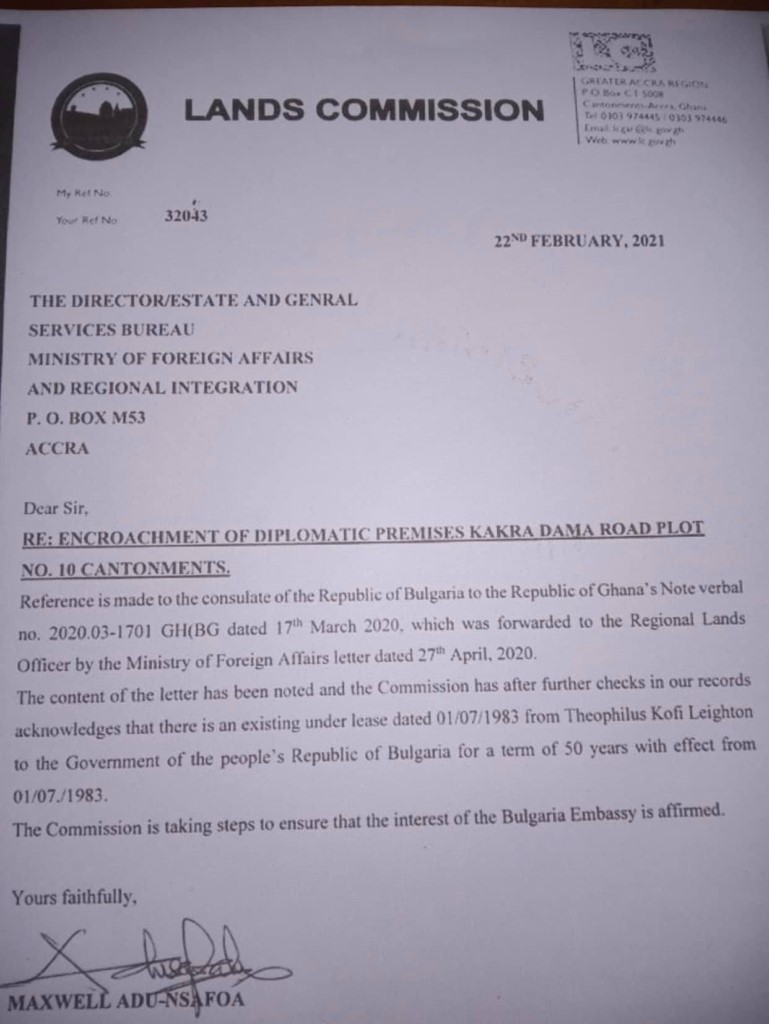 The Minority Caucus in Ghana’s Parliament is demanding an immediate parliamentary inquiry into the demolition of the Embassy.

In a statement on Tuesday (15 March), the caucus described the event as a “blot” on Ghana’s diplomatic credentials.

“The alarming culture of impunity which has become unrivalled in its audaciousness must not be allowed to fester” the minority MP and Ranking Member on the Foreign Affairs Committee said.

“That notwithstanding, the NDC Caucus in Parliament shall be demanding a full public parliamentary probe into these bizarre circumstances with the view to identifying all the conspirators and bringing them to justice.

“We shall not allow the shadowy characters behind this hideous act to enjoy the comfort and security of anonymity; we shall smoke them and their collaborators out, and ensure that never again would a few greedy bandits damage our hitherto high diplomatic reputation,” the minority statement added.