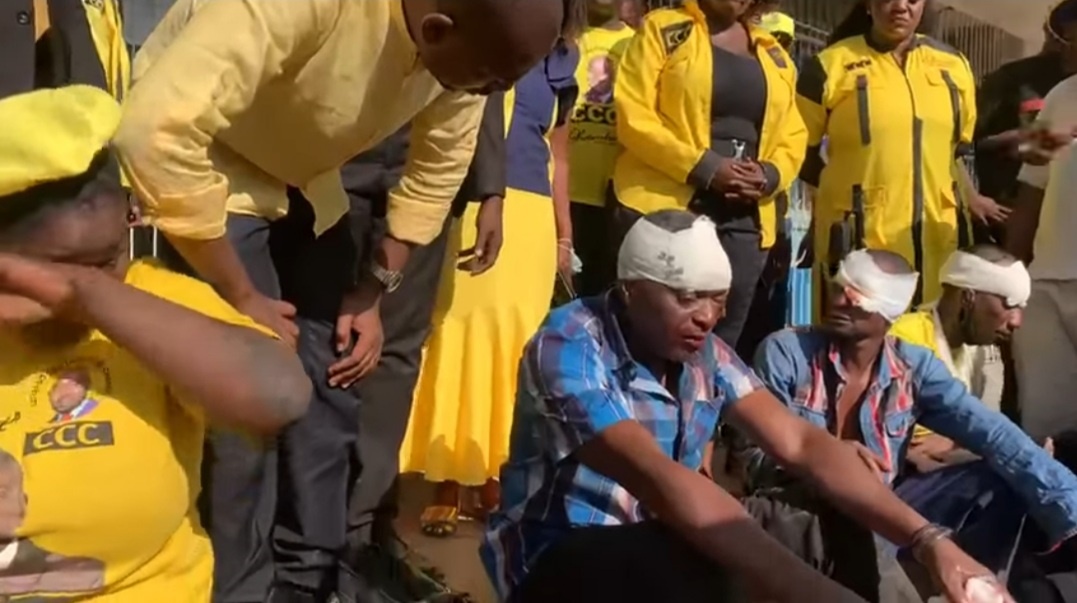 Various organizations and citizens are raising concern over incidences of political violence occurring in Zimbabwe in the run up to the country’s by-elections to be conducted on 26 March, 2022.

Responding to the brutal killing of one supporter of political opposition and the injury of more than a dozen others at a Citizens Coalition for Change (CCC) rally in Kwekwe, Muleya Mwananyanda, Amnesty International’s Deputy Director  for Southern Africa, said:

“This assault bears all the hallmarks of a pre-meditated attack that aims to intimidate political opposition and block access to their constituents ahead of the upcoming by-elections in March.

“The government’s rhetoric has done much to incite such ferocious violence and unfortunately little to ensure the free exercise of the rights to freedom of assembly and association.

“The Zimbabwean authorities must immediately end the culture of politically-motivated violence by refraining from issuing inflammatory statements that may incite violence and they must ensure an impartial, independent and transparent investigation into this attack. The perpetrators must be brought to justice.”

On 27 February, a machete-wielding gang appeared at Mbizo 4 shopping centre in Kwekwe, where the CCC was holding a political rally.

The gang’s efforts to prevent people from attending the rally soon turned violent. Mboneni Ncube, a 30-year-old man and supporter of the CCC, died after being stabbed, while at least 22 others were seriously injured.

The gang allegedly used not only machetes but also beer bottles, iron bars, spears and bricks to attack supporters while Nelson Chamisa, the leader of the CCC, was giving a speech.

On 26 February, Zimbabwe’s Vice President, Constantino Chiwenga, sent a warning to the CCC, saying the ruling ZANU-PF party would “crush the party like lice,” according to Amnesty International.

ERC said that acts of political violence are unacceptable in Zimbabwe’s democracy, and ERC called  on all political parties, state institutions and electoral stakeholders to desist from the practice.

ERC has also called on the constitutional bodies responsible for justice to investigate and prosecute the instigators of violence.

‘While ERC applauds the Zimbabwe Republic Police for acting swiftly in arresting the accused persons, the ongoing unresponsiveness of institutions meant to promote

peace and a free and fair electoral environment will lead to a lack of confidence in the functionality of those systems. At a time when electoral credibility is waning, there must be deliberate efforts to fix the damage done to the legitimacy of our democratic institutions. Trust in institutions is a critical part of systemic peace and credible elections,’ ERC said.

The ERC has called upon the ZRP, the National Reconciliation and Peace Commission (NRPC), the Zimbabwe Human Rights Commission (ZHRC) whose constitutional mandate is to support human rights, democracy, to promote constitutionalism, peaceful co-existence to swiftly move in to exert their mandates without fear or

favour to investigate the violence meted out in Kwekwe in order to avert a degeneration of violence.

The ERC called on the Zimbabwe Electoral Commission (ZEC) to proactively act in terms of their constitutional functions to ensure free and fair elections.

ERC said that the ongoing unresponsiveness of the commission to address politically motivated violence casts into doubt the freeness and fairness of the impending by-elections and will contribute to the already increasing citizen apathy ahead of the polls.