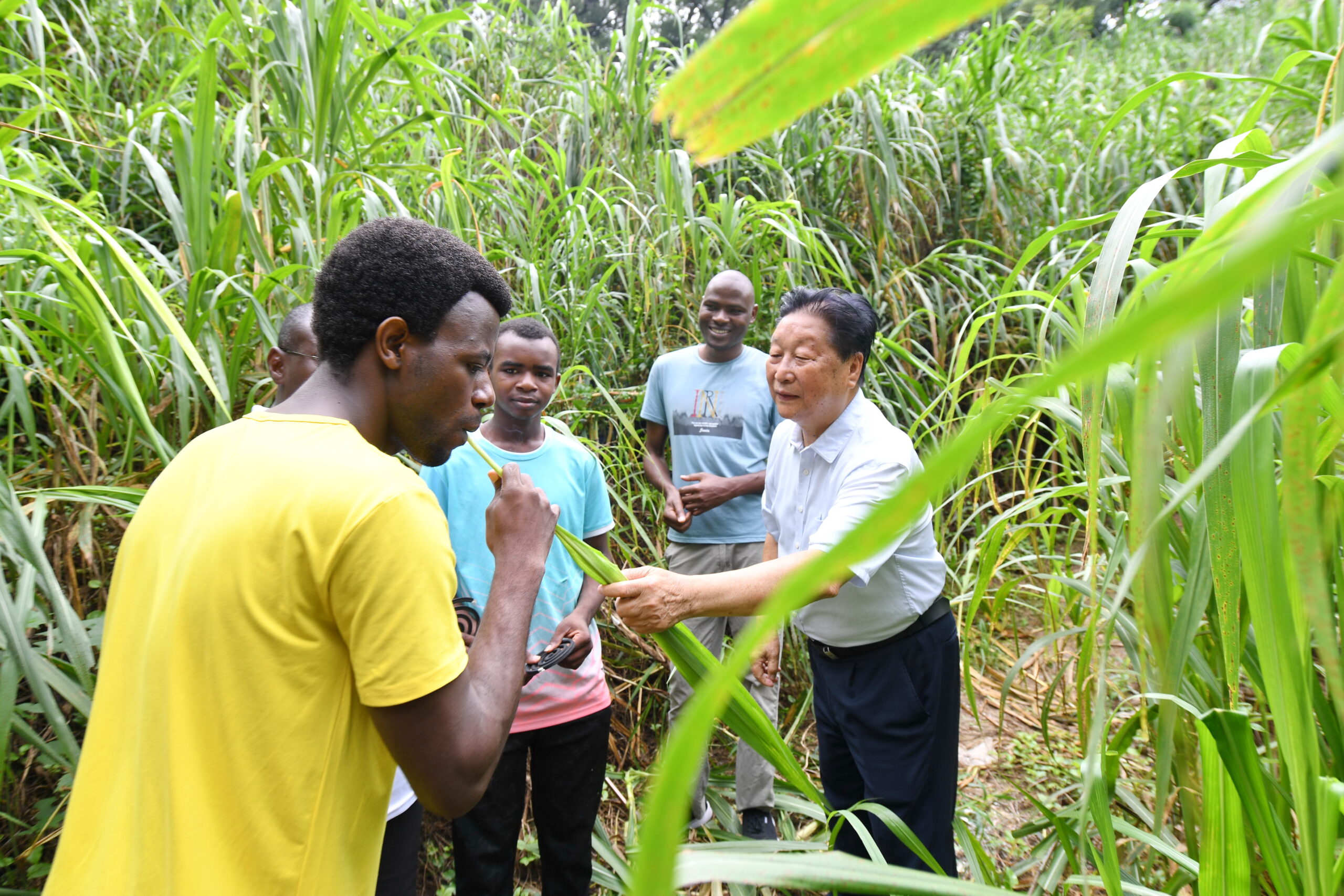 The applications of China’s juncao technology are set to empower generations and contribute to the achievements of the sustainable agriculture and the sustainable development goals (SDGs) globally and including in the African continent.

While economic development has delivered enormous benefits across the globe, lifting more than 1,2 billion people out of extreme poverty since 1990,the world remains off-track toward eliminating poverty and hunger by 2030.

The global prevalence of undernourishment has remained unchanged at slightly below 9% since 2014.

These challenges are complex and multidimensional, requiring innovative solutions that are home-grown, sustainable, replicable and scalable.

Some of these solutions are  being provided through South-South and Triangular cooperation as exemplified by the Juncao technology that was developed by the National Engineering Research Centre for Juncao Technology of the Fujian Agriculture (FAFU) in China, which is being implemented in over 100 developing countries and is set to empower generations.

Smallholder farmers  in the developing world, especially in Africa are increasingly struggling to make a living from their land because of inadequate access to markets, low soil fertility and reliance on rain-fed systems.In addition, smallholder farmers and workers along the value chain have limited or no access to financial services.This constrains their ability to acquire productivity-enhancing inputs such as seeds, fertilizer and labour-saving technologies.

These challenges have raised numerous questions as what needs to be done at the country, regional and global levels.While each country must take primary responsibility for its own development, increased effective national efforts should be complemented by concrete, effective and supportive international programmes, measures and policies aimed at expanding their development opportunities.

To help support global efforts to promote appropriate agricultural technologies and practices that contribute to the achievement of food security and the eradication of poverty, the National Engineering Research Centre for Juncao Technology of the Fujian Agriculture and Forestry University (FAFU) of China developed the Juncao technology, jun meaning fungi,cao meaning grass.

The environmentally-friendly technology is helping small-scale farmers and farming communities to develop a low-cost, commercial-scale mushroom cultivation industry that is providing sustainable livelihoods for thousands globally.

In addition, the technology is being used for producing cattle feed and methane gas.Planting  juncao grass in drought prone areas has also been shown to minimise soil erosion and to combat desertification.

The mobilization of capacity building and the transfer of environmentally friendly technologies to developing countries such as the juncao technology is contributing to the achievements of the 2030 Agenda for Sustainable Development and the SDGs as well as regional development frameworks such as the African Union (AU) Agenda 2063 and national development plans.

The United Nations Divisions for Sustainable Development Goals under the Department of Economic and Social Affairs  in partnership with FAFU is partnering with governments to support farmers including smallholder farmers and family farmers, poor rural women and youths to have sustainable livelihoods and decent employment through capacity building efforts aimed at promoting sustainable agriculture.The juncao technology is contributing to addressing poverty, employment creation and also addressing environmental concerns in rural areas.

According to the FAFU,Juncao technology was invented by a Chinese Scientist Professor Lin Zhanxi.The technology is currently spreading to over 100 countries along the Belt and Road where thousands of grassroots farmers have been trained and benefitted in the cultivation of mushrooms and related business areas which effectively improves their living standard and livelihoods.

In 2013,Chinese President Xi Jinping proposed the Belt and Road initiative.Its implementation has made concrete contributions towards synergies with the UN 2030 Agenda for Sustainable Development.

According to FAFU, the initiative serves an identical purpose  as the 2030 Agenda of achieving common development and shared prosperity, taking green and sustainable development at its core.

It is added that in 2017, the project entitled:Enhancing capacity of developing countries to achieve sustainable agriculture through the transfer of juncao technology for alleviating poverty and promoting productive employment was established under the framework of the 2030 Agenda for Sustainable Development Sub-Fund.

It is reported that by organizing training courses,hlding workshops and symposiums and demonstrating production, the juncao project has enabled more people to take advantage of the technology for a better life.It is added that looking ahead,the juncao technology will play a more prominent role in making more concrete contributions to enhance the synergy between the Belt and Road initiative and the 2030 Agenda for Sustainable Development.

According to a FAFU report titled Juncao technology:Concrete contribution of the Belt and Road Initiative towards synergies with the 2030 Agenda for Sustainable Development  juncao technology is a practical technology for the Belt and Road initiative.It is reported to achieve the comprehensive,efficient,recycling and green utilization of natural resources such as solar energy,air,water and soil by producing fungi and grass  to manufacture food,feed,fertilizer,biomaterial and biomass energy with the combination of the ecological,economic and social benefits.It is added that juncao technology originated from Fujian province of China and is spreading in areas along the Belt and Road through training,education,cooperation  and assistance.

Application of the technology in countries along the Belt and Road include the Pacific Island countries where the juncao technology not only provides high-protein foods, but also effectively alleviates the shortage of forage which promotes the development of animal husbandry and improves the living standards of farmers.

In 2019, the Ministry of Agriculture of Fiji announced optimising the use of juncao grass to enhance livestock production as one of the five initiatives.

Other applications of the juncao technology which are helping to empower communities and livehoods for future generations are being implemented in countries in Africa such as in Rwanda.

It is reported that in Rwanda,for example,the juncao industry has begun to take shape with more than 3500 farmers and over 50 companies or cooperatives actively participating.

Also in China,it is reported by FAFU that desertification control by planting juncao grasses as pioneer plants has become a new initiative with advantages of cost and time-saving and being  more lucrative.It is reported that the success of developing the industry in ecologically fragile areas such as the Yellow river basin and Qinghai-Tibet plateau and in arid and semi-arid areas has set a good example for other countries.It is also reported to help easing the conflict between the nomadic and farming tribes caused by the shortage of forage in the dry season.

In Madagascar,giant juncao grass is reported to have supplied sufficient high-quality forage for dairy cows.In Nigeria, Lawandi Ibrahim Datti, a PhD student at FAFU has set up a demonstration site in his hometown to teach juncao technology in order to help his country solve the problems of poverty,forage shortage and ecological management.According to Amson Sibanda,Chief, National Strategies and Capacity Building Branch,Division for Sustainable Development Goals for the United Nations Department of Economic and Social Affairs (UNDESA) national dialogues are taking place around the world to encourage new partnerships and share knowledge about promising initiatives and technologies such as the juncao technology.He said that currently , there is a global audience eager to learn more about technologies that can be applied in food systems to generate synergies, ending poverty and hunger, supporting climate action and gender equality and protecting ecosystems.

Sibanda said that  in 2017, the Juncao Project was established under the United Nations Peace and Development Trust Fund, for the implementation of the 2030 Agenda, with generous support from the People’s Republic of China.  As of 2021, their  events had received participants from Albania, Cambodia, Democratic Republic of Congo, Central African Republic, Cook Islands, Eritrea, Fiji, Ghana, Laos, Lesotho, Madagascar, Mozambique, Namibia, Nigeria, Nepal, Rwanda, Papua New Guinea, and Tonga, just to mention a few.

Sibanda added that juncao grass has been used for mushroom production, animal feed and biomass fuel, contributing to progress in achieving various SDGs, particularly the eradication of poverty and hunger, the empowerment of women, environmental protection and sustainable energy.

A new initiative in Zimbabwe to support mushroom cultivation, using the technology is expected to boost food security and nutrition and the transition to a green economy through environmentally friendly technologies, more sustainable agriculture and green jobs for women and youths.

For instance, in Rwanda,according to Sibanda, a young mushroom producer, after receiving training at the Fujian Agriculture and Forestry University (FAFU), has set up an agricultural company in Rwanda, which can produce 10,000-20,000 mushroom substrate packs with a net income of US$3,000-US$5,000 per month.

‘Thus, the spark lit in Fujian Agriculture and Forestry University has shown the potential of a single innovation if nurtured and deployed wisely  to change lives and improve livelihoods globally,’Sibanda said.

In Zimbabwe the technology is expected to support sustainable agriculture and the implementation of the National Development Strategy 1 from 2021 to 2025, which is the country’s current on-going economic blueprint.

Sibanda added that the Juncao technology is often referred to as “magic grass” because of several reasons.He said that the technology brings multiple benefits to SDG implementation at large.

He said that from China’s Qinghai-Tibet Plateau, the Yellow River Basin, to the upstream riverbanks of the Nile River and the South African Plateau, the Juncao grass has been used to combat land degradation and desertification, conserve water and restore and maintain soil fertility.

This provides testimony for the Juncao technology’s capabilities to empower many future generations globally if fully implemented by nations. 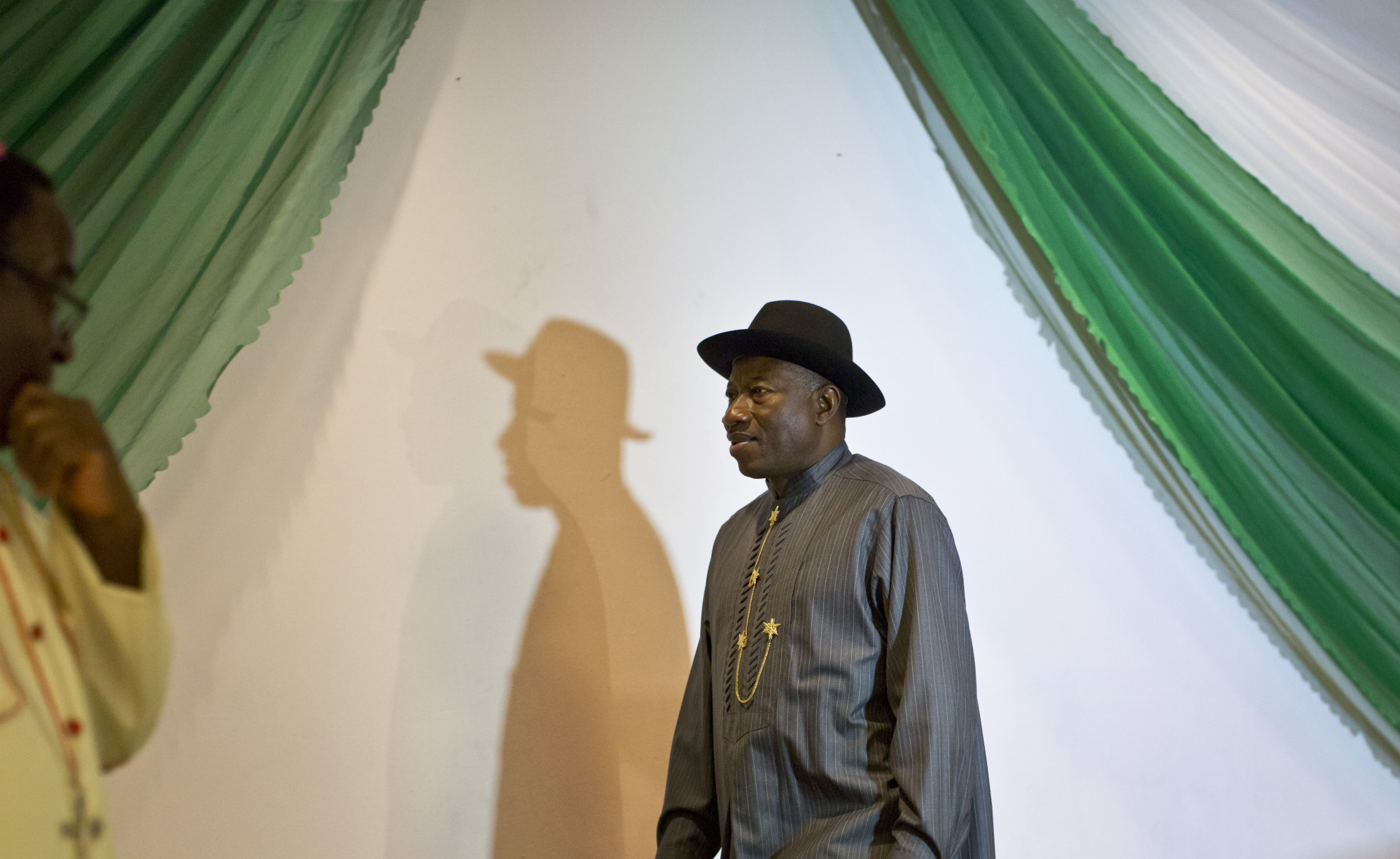 Nigeria’s Goodluck Jonathan concedes, saving his legacy, and his country from chaos