In an era where the access to vital information to Journalists is gradually limited, the government of Cameroon has been called upon to promulgate to law an act of information.

The 50 journalists, law practitioners and media scholars were this March 24 in Buea, South West Region of Cameroon schooled on Press Law and Access to Information organized by AFRICAphonie Cameroon funded by the Foreign Commonwealth and Development Office. This is the second phase of the project after the multi-stakeholder conference in Yaounde last month.

Modules during the seminar involved Exploring the gaps in the 1990 media law and proposing reforms towards greater Press Freedom; oral testimony of professional experience on Press law; mainstreaming access to Information in Cameroon’s Freedom of Expression; lobby and advocacy strategies towards media reforms in participants.

In his presentation, Professor Kingsley L. Ngange, Head of Department for Journalism and Mass Communication in the University of Buea and the Project Consultant said there is a need to identify who a journalist is.  He added that some of the laws have to be amended for easy access to vital information which society needs.

“This conference was very important… close to 32 years after the 1990 law, we need to go back to the law relating to mass communication and look for the gaps and look for ways to get a better law in terms of amending the sections that are not favourable to journalists. We identified sections like 13, 14, 15 and 16 of the law compelling journalists to deposit copies of their publications,” Professor Kingsley Ngange told Pan African Visions.

He has promised that there is a need to be an act of Access to Information that should be promulgated to law. He says as long as this act is not enforced, “we will have to live in the mess that we are in.”

“We need an Access to Information Act that will be able to let people who have information which journalists need (without information how will journalists’ function) for it to be released so that they will not base their reports on rumours, speculations, blackmail which are all elements that have dragged the profession to the gutters.

“Professionally it should be organized in a manner that you can have the information you need as a journalist from government ministries and other sources relating to data, figures, report; all the thing journalists need to inform the public which is our duties,” Professor Kingsley Ngange added.

The stakeholders highlighted that the media space in Cameroon is quite complex and filled with administrative tolerance from the government which uses that as a means to control the media landscape. The emphasis of the media landscape before the 1990 law was focused on pre-publication control by the administrative authorities with less regard on judicial control on the press in matters of libel and defamation.

Despite the scrapping of the 1966 Law and the subsequent amendments and replacement with the 1990 law, media practitioners noted that the issue of submitting copies after publication should be scrapped.

The renowned journalism scholar added that: “We are hoping that this conversation is gaining steam and gathering momentum. For once, the journalists have agreed as one person to do advocacy. The result is strong to do the advocacy and channel these amendments that are being proposed to the right quarters so that we prove to the state that we are responsible people; organized. What we are requesting for is more for the interest of the society and the government so that we don’t plunge ourselves into all the blackmail and propaganda that is going on in the name of journalism.”

With this training, AFRICAphonie hopes that the media professionals will engage the government on laws that impede the exercise of their profession, be equipped with skills in digital journalism which will help towards a transparent regulatory system. A system that guarantees the right of freedom of opinion and expression in Cameroon by Article 19 of the Universal Declaration of Human Rights. 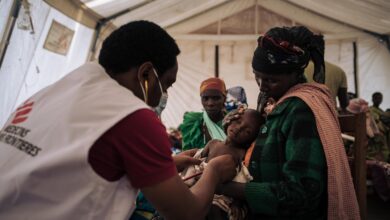