The Media Council of Kenya (MCK) on Monday, January 31, 2022, launched the state of media performance 2021 based on public perception in Nairobi.

The survey was categorized in four groups namely Television, Radio, Print and online and a sample of 3589 respondents were interviewed across the country.

The report states that there are 85 television stations, over 200 radio stations and more than 100 online publication platforms in the country.

According to the survey, 58 per cent of Kenyans interview consume TV content on a typical day, which translates to more than 16 million people aged above 15 years. The average time per day spent on watching TV is two hours, lower than the global average time spent watching TV, which is 3 hours 24 minutes.

News, entertainment, religious and sports are the most watched content on television. While 70  per cent of content is local, the other 30 is foreign.

Citizen TV, KTN Home and NTV were listed as the most watched televisions in the East African country.

Nation Newspaper, The Standard Newspaper and the People Daily are the famous papers in Kenya. The People Daily is not doing well to surprise of many people despite being offered for free.

Television leads as the main source of news 35 per cent, followed by radio (31 per cent), social media (24 per cent), friends and family (4 per cent) and 3 per cent stated online news websites while 1 per cnet use social media icons and newspapers.

The most accessed social media platforms in Kenya are WhatsApp, Facebook and YouTube. Kenyans use smartphones, desktops, normal handsets with internet and smart TVs and watches to access these platforms.

The survey also raised many concerns with Media Houses including poor signal from time to time,limited coverage on matters affecting rural areas, too much coverage of political matters and biased content coverage.

Other concerns are insufficient local sports coverage, limited educational and children’s programs and local content, high use of the English language in TV contents and voices of people from rural areas are not adequately included when holding crucial national discussions.

It was also reported that other contents are encouraging vices like gambling, violence and school arsons and some adverts are misleading.

Speaking at the event, Principal Secretary, State Department of Broadcasting and Telecommunication Ministry of ICT, Innovation and Youth Affairs, Ms Esther Koimett urged journalists to uphold code of ethics as they gather information to educate, inform and entertain Kenyans.

Reporters without boarders report had ranked Kenya in the position of 102 worldwide out of 180 with a score of 33.65 in terms of media freedom. 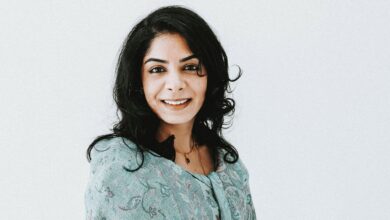