Leading human rights organization in Sierra Leone, Campaign for Human Rights and Development International (CHRDI) has in its latest Human Rights and Policy Brief draws the attention of the Sierra Leone government to the UN Standard Minimum Rules for the Treatment of Prisoners, which establishes standards on a range of matters which include accommodation conditions, adequate food, personal hygiene among others to be respected by states in the world.

The group’s call came after its Executive director and senior rights advocate visited the country’s main correctional center to see jailed opposition leader Mohamed Kamarainba Mansaray who has been in detention for over one year and half despite a judge granting him bail last year after reports about his deteriorating health condition by rights groups and the media emerged.

It would be recalled that on the 17th July 2020, a police complaint for an alleged sexual penetration of a 15 year old school girl, led to  the  arrest  Mr. Mansaray by the Criminal Investigations Department (CID) of the Sierra Leone Police and later detained and charged to court on the 21st July same year (2020).

‘’On the 7th September 2021, he was granted bail, but he still remained in a detention facility in Freetown on the grounds that he failed to meet his bail conditions. The visit has been described by the CHRDI team as very useful because it offered them the opportunity to form correct opinions or make valid conclusions. According to members of the team, they were made to learn during their visit, that Mr. Mohamed Kamarainba Mansaray has serious medical challenges, which need immediate attention,’’ CHRDI Human Rights and Policy Brief noted.

According to CHRDI, Mr. Mansaray told them that he has spent a year and half in detention and has been diagnosed with prostate cancer by two medical doctors while in detention adding that the former presidential candidate also disclosed that because of his medical condition, he has to use the toilet to urinate every 30-40 mins, failing which, he will urinate on himself.

‘’And he also revealed that about a year ago, a neurologist from ECO-MED, recommended to the Correctional Services that he should have a surgical operation which he was denied’’

‘’Asked about his Bail Bond, Mr. Mansaray responded that he had fulfilled his bail condition but yet in prison but informed CHRDI that he has family members and friends who visit him’’

CHRDI said the jailed opposition leader pointed out that he has not been subjected to any inhumane treatment from neither prison officers nor from any other person or individual but pointed out that whenever he has visitors, there will always be military personnel and prison officers listening to their conversation this the right said their team also experienced a similar situation during the visit.

‘’In view of all of the above, CHRDI hereby draws attention to the UN Standard Minimum Rules for the Treatment of Prisoners, which establishes standards on a range of matters. They include accommodation conditions, adequate food, personal hygiene, clothing and bedding standards, exercise, medical services, and disciplinary procedures. These rules are now complemented by the Optional Protocol to the UN Convention against Torture and Other Cruel, Inhuman or Degrading Treatment or Punishment. This obliges States to set up preventive monitoring mechanisms to maintain detention standards,’’

CHRDI however expressed disappointed and denounced the service and conditions of the facilities for both security personnel and the inmates and calls for proper improvement of the detention centers and the conditions of services for all the workers.

‘’CHRDI also points out to the fact that there are no in-house psychiatrist Doctor(s) or clinicians in the centres and correctional services personnel have to apply ‘common sense’ to treat inmates with mental health issues or call on the country’s only psychiatric Doctor for treatment. There is no external monitoring or oversight, which is extremely damaging, considering the level of negligence and incompetence displayed by some correctional services personnel on a daily basis,’’ the right group noted in its Human Rights and Policy brief .

It further noted that keeping inmates in jail in a very poor health conditions puts both their own health and the health of the Correctional Services staff who come into contact with them at risk and impedes efforts to maintain public health thus stating that this defies both Sierra Leonean and international law, which requires care for the health of prisoners.

The Right based Organization therefore urged the government of Sierra Leone to implement the just concluded prisons management assessment recommendations, thus urging the authorities to take action now, before it is too late, and use different tools to reduce the prison population in the country.

Release of the 2017 Human Rights Report for Ethiopia 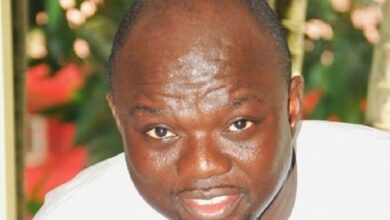