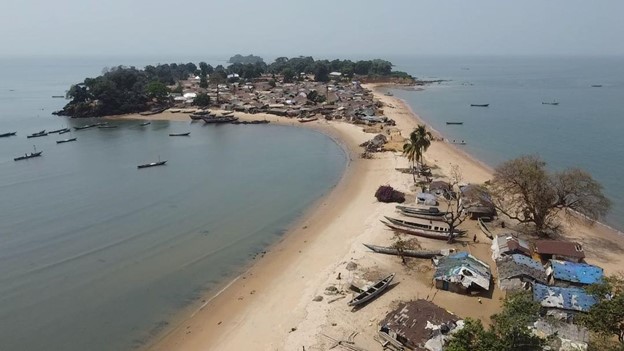 Platine Island has been under severe threat due to climate change. Weather conditions in Sierra Leone are risking the survival of the stunning island – Hit by erosion and degradation; the island could soon go extinct if the climate consequences are left unmitigated.

The vulnerable residents rely heavily on fishing to make for their livelihood. But! The harsh weather conditions tend to leave nothing but the footprints ruins. Reliant on aid and support, recent FAO donations of fish landing equipment, hygiene and processing equipment ruined by gushing waters.

The Head of the Island, Gbessay Kabbia, implored the government and well-wishers to help protect their island. “We hope the government will come to our aid and protect us from the damages that we are facing right now.” Kabby got passionate while accounting for their loss. “All the donations that we receive from NGOs, the FAO has been destroyed, so we need help to survive as we brace for more danger. 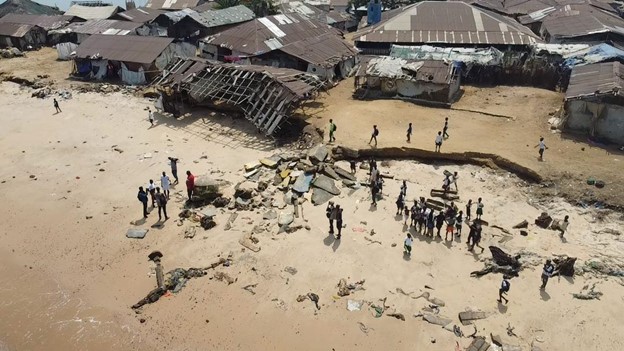 The Director of Communications at the National Disaster Management Agency (NDMA), Mohamed Lamarana Bah, said a recent visit to the island by the Agency assessed no proof of illegal human actions fostering the damage. “The erosion is mainly the effect of high waves and fierce tide over the years which has eaten deep into the clay footing of the Island, thereby destroying over Eighty (80) permanent structures including mosques, and other significant facilities to the Island,” Bah affirmed.

The island seemed to witness a constant relocation of the inhabitants to neighboring islands; but for some, they have only known one home, the planting Island; the Headman confirmed that the village used to house over 2500 inhabitants, but because of the constant incursion, most have sort refuge in the surrounding less affected areas – Tombo, Shenge and Katta. 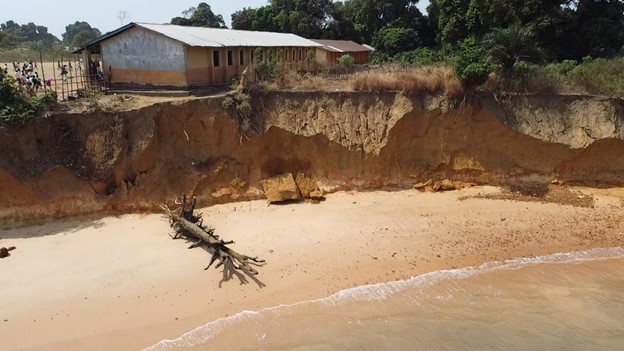 The climate change effect is not just ruining the beautiful island, but it is also impinging on the cultural life of the people and jeopardizing their livelihood. The hope of children getting quality education on the island is slim, as the only existing school is gradually succumbing to the intimidation of climate change.

The climate change tribulation has not only succeeded in impeding the livelihood of inhabitants but has also affected health services; with just a single deprived health center, ill-equipped to handle critical cases that could turn awry, especially in instances of prolonged labor. It’s a deathtrap to navigate to a better-equipped community to give birth at night.

The Benefits of the Passing of Nigeria’s Petroleum Industry Bill Will be Top of the Agenda at African Energy Week 2021.