On Thursday Rwanda’s genocide suspect Felicien Kabuga denounced his French lawyer Emmanuel Altit saying he has not been communicating with him properly about his case.

“The lawyer did not communicate with me and I would wish to have represented by others,” said Kabuga in a hearing that took place via video conference to hear both defense and prosecution’s challenges.

This is not the first time the suspect who is the alleged financier of the Genocide against Tutsis has decried the lawyer. His family released a press statement in October 2020 saying Kabuga was not happy with the advocate.  During the Thursday hearing’ session, the suspect requested to be defended by advocate Peter Robinson.

Suspect’s lawyer said they have worked in utmost way to defend Kabuga.

Judge Lain Bonomy stated Mr. Kabuga is being tried in The Hague instead of Arusha, Tanzania because of health reasons.

On 30 September 2020, the French Cour de cassation rejected Kabuga’s appeal against the lower court’s decision authorising his transfer to the custody of the Mechanism.

According the indictment, Kabuga, a founder of the radio station RTLM operated it with others in a manner that furthered hatred and violence against Tutsi and others and that he and others agreed to disseminate an anti-Tutsi message with the goal to eliminate the Tutsi ethnic group in Rwanda.

On 16 May 2020, Kabuga was arrested near Paris by French authorities as the result of a joint investigation with the Mechanism Office of the Prosecutor.

During Thursday’s session dubbed the case status conference proceedings were twice held in closed session on the request of the suspect’s lawyer advocate Emmanuel Altit.

The French lawyer asked to comment on the issues raised by his client, he said he would choose to stalk about it in a closed session.

Meanwhile, the prosecution did not raise any challenge, but said there are some charges they dropped that are in 45 A, E section and 64 A on the charge sheet.

The date for next court session for the high profile case has not been announced. In his initial appearance the suspect pleaded not guilty. Recently Rwanda protested the trial delay saying pre-trial phases were extended. 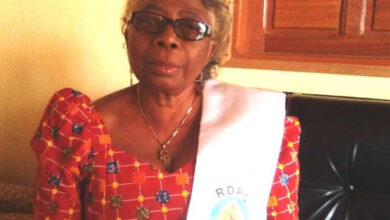