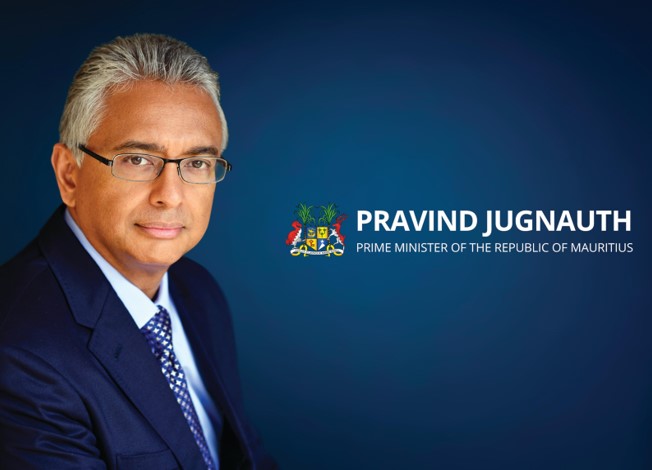 Mauritius is committed to a policy of promoting innovation which is an essential lever of competitiveness for the creation of activities and jobs. The new technologies sector is one on which the government bases its industrial renewal policy and our country is working with determination to meet the challenges of the fourth industrial revolution and make the most of the opportunities that arise from it.This statement was made, today, by the Prime Minister, Mr Pravind Kumar Jugnauth, at the inauguration of the XEFI Centre, in Ebène. The Minister of Finance, Economic Planning and Development, Dr Renganaden Padayachy; the Ambassador of France to Mauritius, Mme Florence Caussé-Tissier; the Chief Executive Officer (CEO) of XEFI Group, Mr Sacha Rosenthal, as well as other eminent personalities were present.Prime Minister Jugnauth rejoiced that the French leader in IT services, office automation, software and Cloud has decided to deploy its activities in Mauritius. According to him, the arrival of XEFI in Mauritius will enrich the country’s business ecosystem. He further encouraged other companies like XEFI to set up in Mauritius. Together with local and foreign players, we will prepare our country for the challenges of the digital transition and shape the economic future of the country, he said.He highlighted that Mauritius boasts of a favourable environment for investment and innovation adding that the creation of technological infrastructures such as the Côte D’Or Data Technology Park and the Jin Fei Smart City will open up horizons for ICT companies. He further recalled that many multinational companies, which have adopted an international expansion strategy, such as Orange Business Services, Concentrix, Allianz Services, Euro CRM, Accenture, Ceridian, SD Worx, Elca Swiss, GPO, and Intelcia have already relocated part of their activities to Mauritius.The Prime Minister recalled that Government is mobilising significant resources to support private sector partners and create the conditions for sustainable growth in Mauritius. Considerable efforts, he stated, are being made in terms of infrastructure and the regulatory framework so that private companies can realise their full potential as key players in development. He added that last year, the tax system has been reformed in a bid to attract more digital and innovation companies and highlighted that Mauritius is consistently ranked among the top countries in the world in terms of ease of doing.Speaking about the COVID-19 pandemic, which has plunged the global economy into its worst recession in decades, Prime Minister Jugnauth expressed satisfaction that the ICT sector in Mauritius has adapted quickly to new business models and has thus proven resilient in times of crisis. The ICT/BPO industry in Mauritius, which generates 30,000 jobs, grew by 3.9% in 2020 while the national economy shrank by 15.5%. ICT/BPO growth is now at 6.5%, he indicated.He acknowledged that ICT is a growth sector which needs to be further consolidated. He recalled that in the Government Programme 2020-2024, foundations have been laid for a smart and connected country which is creative and innovative. With the new approaches to service delivery in public services, the digital revolution is now affecting virtually all public administrations in Mauritius and is better responding to user requirements, he said.He dwelt on several measures put in place as regards digitalisation and connectivity acceleration. They include: setting up of an Emerging Technologies Council to propel Mauritian society towards accelerated digitalisation; adoption of a legal framework on cyber security and cybercrime to address new threats; acceleration of connectivity deployment across Mauritius via three international submarine cables and soon through a fourth one, the T3; coverage of 5G network in several regions namely Ebène, Bagatelle, Réduit, and Trianon; implementation of a project for electronic data exchange in public hospitals and health centers.Other innovative projects are: implementation of a digital identification system, MauPass, which makes the use of online public services more secure and easier; setting up of an online queuing system, MoRendezVous, and a Certification Authority, MauSign, which is responsible for creating, issuing and managing electronic certificates.For his part, the CEO of XEFI Group, Mr Sacha Rosenthal, underlined that the organisation has since its creation in 1997, established a leading reputation among small and medium-sized businesses in France for its IT and office equipment sales and related services such as maintenance, cloud, managed services, security, back-up, printing and software solutions. Its values are centered around engagement, hospitality, client-service, and commitment, he said.Speaking about the Group’s projects for Mauritius, Mr Rosenthal indicated that the focus will be on the development of a digital software for SMEs as well as the setting up of a XEFI Academy to train young people.XEFI GroupThe Group, which has some 1,600 employees, aims to provide turnkey products and services to all businesses, regardless of their size: small and medium-sized businesses, larger companies with up to 5,000 employees, and government bodies.*Source Republic of Mauritius