At this gathering in Dubai, we had nothing to sell or buy. It was a meeting of giving and receiving, of dialogue and brotherhood. It is therefore with enthusiasm, gratitude and hope that we have undertaken this journey to Dubai as a pilgrimage.This visit was filled with enriching encounters, and allowed us to thank and encourage the African Union Commission for all its efforts to heal and protect the image and the imagination of Africa. A wounded and sick image of a bruised continent, where some multinationals come to exploit the resources and wealth, often to the detriment of the people who languish under the weight of misery…Even if the Catholic Church works for eternal happiness, we often find ourselves at the front line, facing and trying to combat many social challenges, such as: education, health, environmental protection, fundamental human rights, commitment to the poorest, reconciliation, justice, peace…May the Blessed Virgin Mary Our Lady of Africa and Saint Joseph protector of the universal Church intercede for the Church Family of God in Africa and Madagascar, and for the whole world that God loves.”

About the The Symposium of Episcopal Conferences of Africa and Madagascar (SECAM):The Symposium of Episcopal Conferences of Africa and Madagascar (SECAM)  was born from the will of the African bishops at the time of the Second Vatican Council (1962-1965), they wanted to establish a forum to speak with a single voice on issues relating to the Church in Africa and Madagascar. SECAM is thus the episcopal, continental structure of the Church Family of God in Africa which counts :505 dioceses grouped in 38 national or inter-territorial episcopal conferences and counts nearly 250 million Catholic faithful .SECAM was launched on July 31, 1969 during the visit of His Holiness Pope Paul VI to Kampala (Uganda). The headquarters / secretariat of SECAM is in Accra, (Ghana) and a specific office is established in Nairobi (Kenya) for the translation of the bible into African languages and its distribution in Africa and Madagascar. Furthermore SECAM is an observer to the African Union and is represented by the Cardinal Archbishop of Addis Ababa (Ethiopia). On the occasion of the 50th anniversary of SECAM (July 1969 – July 2019) a pastoral exhortation entitled Kampala Document was promulgated by the pastors of Africa to the People of God and men and women of good will.After the celebration of this golden jubilee of SECAM, a new chapter opens for the Church Family of God in Africa. A “new Africa”, more centered on God whose members become Salt of the earth and Light of the world (Mt 5, 13-14; KD N° 22, 133) to accompany the hopes and anxieties of the people and to direct them towards Jesus Christ the True Liberator of humanity.

Source Symposium of Episcopal Conferences of Africa and Madagascar (SECAM) 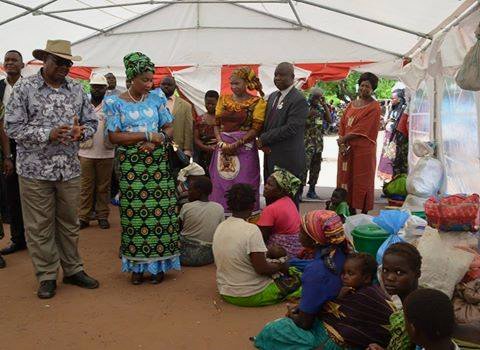