LONDON, United Kingdom, 15 February , 2022,-/African Media Agency (AMA)/-Despite urgent calls to ensure the equal distribution of Covid-19 vaccines in 2021, pharmaceutical companies tragically failed to rise to the challenge of a once-in-a-century global health and human rights crisis. Instead, they monopolized technology, blocked and lobbied against the sharing of intellectual property, charged high prices for vaccines and prioritized supplies to wealthy countries, said Amnesty International today in a new assessment of the leading Covid-19 vaccine developers.

Ten billion doses of Covid-19 vaccines were produced last year, more than enough to reach the 40% target of global vaccination set by the World Health Organization (WHO) for the end of 2021. Yet Money Calls the Shots: Pharma’s response to the Covid-19 vaccine crisis – an update on Amnesty International’s September 2021 report  A double dose of inequality: Pharma companies and the Covid-19 vaccines crisis – reveals that just over 4% of those living in low-income countries had been fully vaccinated by the end of last year.

“More than 1.2 billion people in low and lower-middle income countries could have been vaccinated by the end of 2021 if high-income countries and vaccine makers took their human rights obligations and responsibilities to heart,” said Rajat Khosla, Amnesty International’s Senior Director of Research, Advocacy and Policy.

“While high income countries hoarded vaccines, callously choking supply to poorer parts of the world, pharma companies played a pivotal role in this unfolding human rights catastrophe – leaving those most in need to cope on their own. These companies could have been the heroes of 2021. Instead, they turned their back on those who needed vaccines the most and just continued with business as usual, putting profits before people. If we want 2022 to be the last year of this pandemic, we need to shift course now to reach the 70% WHO-target by July of this year.”

Johnson & Johnson’s and AstraZeneca’s records on distribution were better – with 50% of their stock reaching low and lower-middle-income countries (with many of these doses provided as “donations” from upper-income countries, not as part of sales agreements). However, both companies still refuse to share their technology and intellectual property through World Health Organization-coordinated initiatives and are now abandoning their not-for-profit pricing model.

“Despite billions in public funding, these companies are continuing to put their own greed before their human rights responsibilities. It’s deeply concerning that profits are being prioritised over people – even in the face of more than 5.6 million people dead from Covid-19 to date. How many more variants do we have to live through before high-income countries and pharmaceutical companies realize that those in low-income countries must have access to vaccines – not just those living in rich ones?” said Rajat Khosla.

Further findings provided by Airfinity, a science and analytics company, up to 31 December 2021, include:

“The fight for equitable vaccines is far from over,” said Rajat Khosla. “We will continue to call on pharmaceutical companies to prioritise delivery to low-income countries in order to meet the WHO’s target of 70% global vaccination before mid-2022. Everyone deserves a fair shot at a vaccine and as we enter our third year of the pandemic, it’s time that indeed everyone, living anywhere in this world, has immediate access.”

Amnesty International is also calling on companies to share intellectual property by issuing open and non-exclusive licences or participating in the Covid-19 Technology Access Pool (C-TAP), established to support the sharing of open and non-exclusive licences, publicly disclose all terms and conditions, and price vaccine doses so profit does not stand in the way of access to Covid-19 vaccines.

“Investors have also played a huge role in this global crisis. Their lack of meaningful action shows that while Covid-19 unleashed unimaginable suffering on millions around the world, they thrived, but did nothing to ensure their investments did not result in human rights harm on account of the profit-driven approach taken by pharmaceutical companies,” said Rajat Khosla. “We’re calling on investors to face up to their actions immediately and use their considerable leverage to pressure pharmaceutical companies to lift obstacles to fair access to vaccines, as well as promote accountability and transparency.”

To coincide with last year’s report, A double dose of inequality: Pharma companies and the Covid-19 vaccines crisis, Amnesty International launched the “100 Day Countdown: 2 Billion Vaccines now!” urging vaccine developers to deliver at least 50% of vaccines produced by the end of the year to low- and lower-middle income countries. The campaign also called for states hoarding vaccines to redistribute surplus doses to countries that needed them the most. 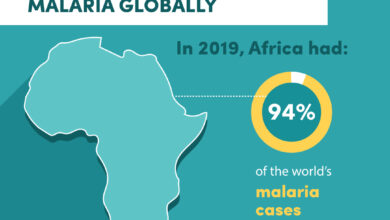