The upgraded analytics platform is fast, robust and designed to be scalable in order to deliver extended value to all APO Group customers.A history of innovationThis is the latest in a long line of media monitoring innovations developed by APO Group to support its press release distribution service in Africa since its launch in 2007. In 2014, APO Group launched its complimentary social media analysis reporting  service enabling clients to measure the social media response to their press releases throughout Africa.Then, in 2018, APO Group became the first news distribution provider anywhere in the world to offer complimentary in-house print monitoring . Print monitoring is a complete game changer in press release distribution, providing companies with details of earned media coverage gathered from offline print publications. Much of the online data captured by APO Group is powered by its state-of-the-art press release distribution platform www.Africa-Newsroom.com, the most comprehensive repository of Pan-African news content in the world.Africa Newsroom hosts text, image, video and soundbite content from 300+ multinational companies, African governments and international sporting institutions, and is also home to virtual Press Offices  for some of the most prominent organizations working in Africa, including FIFA , DHL , and the World Health Organization (WHO)  among many others.“These new additions to our analytics platform add extra depth and granularity to our data, which in turn provides APO Group’s clients with greater insights into their press release performance,” said Nicolas Pompigne-Mognard , Founder and Chairman of APO Group. “As ever, we are delighted to offer these features free of charge. Monitoring is a vital part of the press release distribution cycle, so it is only right that we include the very best insights available, which in turn deliver valuable ROI to our clients, and help highlight the power of our distribution network throughout Africa.”All APO Group media monitoring reports contain: 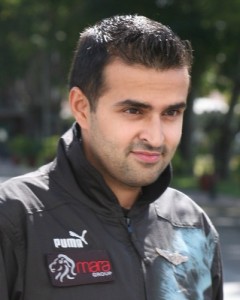