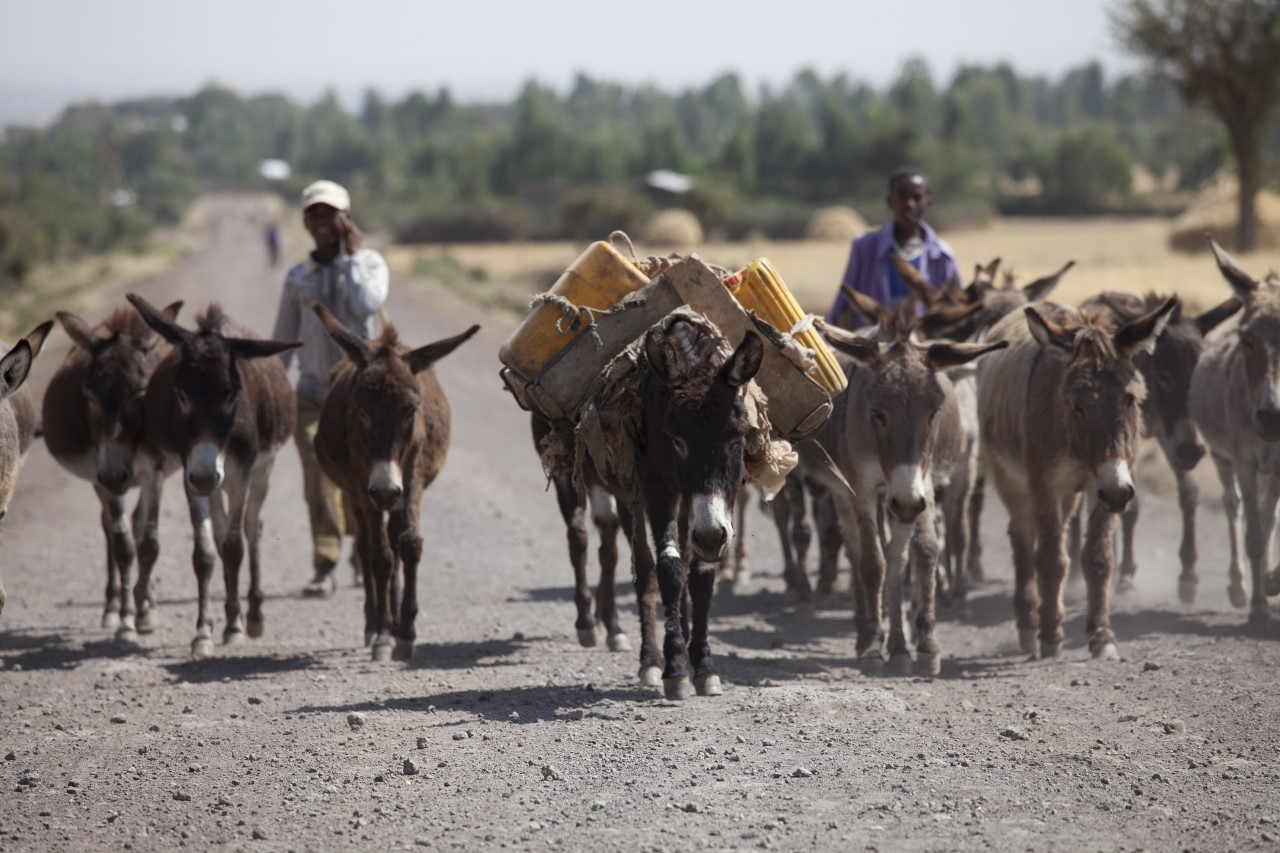 The world’s largest equine charity The Donkey Sanctuary has congratulated the Nigerian Government on its ‘foresight and leadership’ in refusing to allow the slaughter and export of donkey skins.

News reports at the end of 2020 suggested that Nigeria’s long-held ban on the export of donkey skins, used in a traditional Chinese remedy known as ejiao, was about to be scrapped, threatening a wholesale slaughter of donkeys across West Africa.

But after being contacted by The Donkey Sanctuary, Nigerian MP Honourable Datti Garba Mohamed intervened and sparked a strongly worded clarification from the Comptroller General of Nigeria’s National Animal Quarantine Service (NAQS) who told a press conference this week that the donkey skin trade was “banned and it remains banned. I would not encourage anybody to enter into the trade – anybody that does… will face the full wrath of the law.”

Isegbe warned that Nigeria’s donkeys were “…going into extinction, the population has gone down drastically, and the slaughter of donkeys is bad. The law is against it, the slaughter, transportation, storage and the trade in donkey hides…”

Despite efforts by national governments and by Economic Community of West African States (ECOWAS) national veterinary directors, who recently restated their opposition to the trade, unscrupulous donkey skin traders have undermined efforts to protect their national donkey populations, resulting in the slaughter of millions of donkeys across West Africa since 2016.

Ian Cawsey, Director of Advocacy and Campaigns at The Donkey Sanctuary, said: “The tide of opinion has very clearly turned against the trade in Africa. The growing message is that donkey skin traders are no longer welcome.

“Kenya, Tanzania and now Nigeria have all recently sent a clear message to traders: our donkeys are precious to our people, they are worth more alive than dead, and we will protect them from slaughter.

“At The Donkey Sanctuary we understand the importance of donkeys to the communities they are part of and that is why they deserve better health and welfare and should be protected from the cruel and inhumane donkey skin trade.

The Donkey Sanctuary is a global leader for equine welfare, research and veterinary care.

In 2019, a delegation from The Donkey Sanctuary travelled to Nigeria following an invitation from Garba to address a public hearing in the Nigerian Parliament in support of his Bill to prohibit the slaughter of donkeys.

Following that visit, the Federal Ministry of Agriculture and Rural Development took the drastic step of designating the domesticated donkey as an “…endangered species due to high haulage of the animal from north to the south-eastern part of the country for consumption and export.”

To Stay Ahead of the Next Insect Outbreak, Harness Available Data Intelligence