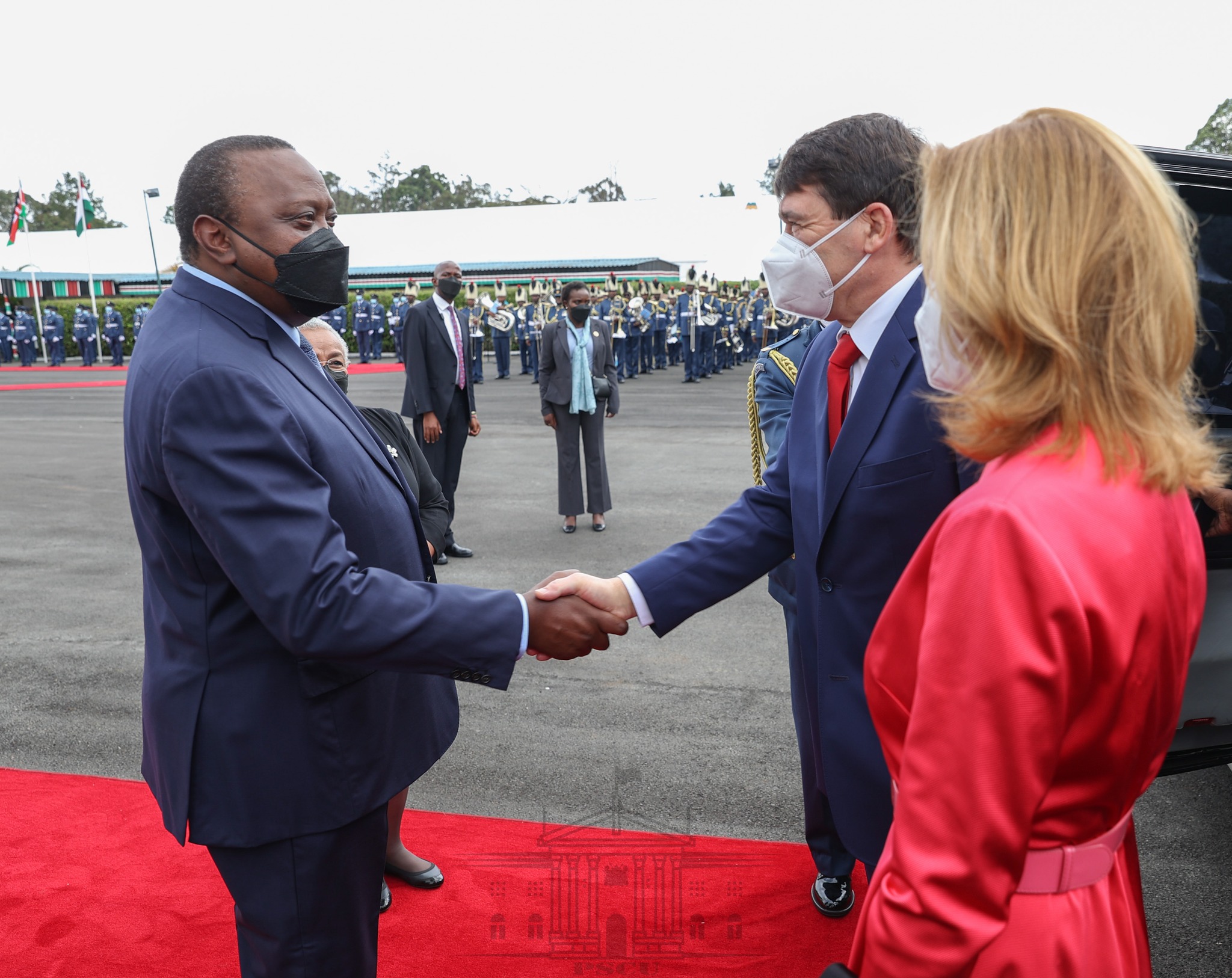 The pact on education will double the number of Kenyans receiving Hungarian government scholarships from the current 100 to 200 annually while the agreement on water covers waste water management among other related aspects.

Kenya and Hungary also signed a memorandum of understanding on diplomatic training and information exchange that will see the two countries collaborate in the training of diplomats.

At a joint press address shortly after witnessing the signing of the agreements, President Kenyatta hailed Hungary as one of Kenya’s strongest bilateral partners in Europe saying the country was the sixth foreign nation to set up diplomatic presence in Kenya in 1964.

To cement the strong bilateral ties crafted over the last five decades and fulfill its strategic desire to have more presence in Central and Eastern Europe, President Kenyatta announced Kenya’s plan to set up a diplomatic mission in Budapest “at the earliest opportunity”.

He thanked his Hungarian counterpart for his Government’s decision to double the number of scholarships offered to Kenyan students saying the decision will further deepen the Kenya-Hungary bilateral ties.

“I am glad that your administration has offered to double Hungarian Government Scholarships given to Kenyan Students annually from the current 100 to 200 opportunities.

“We thank you and your administration for the kind gesture which will not only help strengthen our people-to-people collaboration but also enhance our two countries cooperation within the wider Kenya-European Union partnership,” President Kenyatta said.

On trade and investment cooperation, President Kenyatta said Kenya’s desire was to see more private sector involvement and thanked the Hungarian Government for a 50 million US dollar support given to the country’s health, agriculture, education and water sectors.

The Kenyan leader also spoke about regional peace and security saying Kenya will continue leading efforts to attain stability in its neighborhood.

“Regional peace and security is at the top of our foreign policy and therefore, Kenya will continue being an anchor state and guarantor of processes to end armed conflicts and attain political stability in our region,” he said.

Speaking through a translator, the visiting Hungarian leader announced his country’s commitment to continue supporting Kenya’s development agenda and thanked President Kenyatta for the warm reception.

“I would like to express my gratitude to the President for this cordial warm welcome and I wish you personally and all the people of Kenya a lot of success in your endeavors to overcome this ravaging pandemic,” President Ader said

NIGERIAN DIPLOMACY AT ITS BEST: PROFESSOR BOLAJI AKINYEMI AND AMBASSADOR GEORGE DOVE-EDWIN ON MY MIND