When presenting a 2021 progress report before the Parliament on the 20th December, the president of the truth and reconciliation commission (CVR) qualified the 1972-1973 crimes as a genocide against Hutu people in Burundi. The Parliament called the government to recognize the genocide. Divergent opinions have since then risen from political leaders and civil society organizations.

“The Truth and reconciliation commission solemnly declares that the genocide crime was committed in Burundi in 1972-1973”, said Pierre Claver Ndayicariye, CVR president during the report presentation.

According to him, several factors led to the conclusion that there had been a genocide against Hutu people in Burundi.

“There had been systematic and massive violations of human rights conducted in 1972 and 1973 against Burundians from Hutu ethnic group by the regime of Michel Micombero,” also said Mr. Ndayicariye.

He added that there are tangible and irrefutable proofs that there had been plans to exterminate Hutu people in Burundi. The proofs are obtained from political, administrative and judicial decisions that had been taken by the Micombero regime.

“CVR interviewed 955 people aged between 60 and 94, from different ethnic groups and social tenets”, he mentioned.

The investigations show that different institutions including the head of state, local administration, UPRONA party, justice and the army participated and contributed in the arrests and assassinations that targeted Hutu people, he also said.

For him, the discovery of human remains from mass graves proves that the 1972-1973 killings had genocidal intention: “In many provinces, the mass graves were dug before the genocide in 1970 and 1971”.

Hence, 19,897 human remains have been exhumed from 691 mass graves out of 1900 already identified by the CVR in 10 provinces in Burundi: “Mass graves are telling signs that the regime of Micombero planned and carried out killings against Hutu people.”

According to archives, a council of war made up of soldiers was established and sentenced intellectuals and civil servants from the Hutu ethnic group to death on 6th May 1972.

However, the CVR report shows that crimes against humanity were also committed against Tutsi people in the south of Burundi, particularly in Rumonge, Nyanza-Lac, Vugizo areas the same year.

The parliament recognizes the 1972-1973 genocide

According to Sabine Ntakarutimana, first vice-president of the National Assembly, the CVR should take serious measures to protect its informants as the genocide matter is sensitive.

“When presenting the report, you have mentioned some names of your informants. I’m concerned about their safety. There should be appropriate measures to protect them,” she said.

Pascal Gikeke, member of parliament, suggest the establishment of a fund to compensate victims and survivors of the 1972-1973 tragedy.

“Properties which belong to Michel Micombero and the UPRONA party should be seized to compensate the victims,” he said during the Parliament plenary.

For him, avoiding genocide crimes now and in the future is a right way to honor and pay tribute to the 1972-1973 victims and survivors.

As for Olivier Suguru, the CVR should pursue investigations with further crimes that bereaved Burundi. Here, he mentioned particularly the 1988 and 1993 tragedies.

“After all those investigations, it’s necessary to compile a common report, set up a common commemoration day and build a common memorial monument for all crimes,” said the member of parliament.

At the end of the plenary, the Parliament adopted the CVR progress report and issued a statement.

“The parliament in congress adopts the solemn declaration of the CVR confirming that the massive violations committed throughout the territory of Burundi in 1972-1973 constitute a genocide against Hutu people,” said Daniel Gélase Ndabirabe, President of the National Assembly of Burundi as he read a statement issued by the Parliament.

The Parliament thereby requested the State of Burundi to recognize, through legislation, the genocide committed against the Burundian Hutu people in 1972-1973.

It also exhorted the State of Burundi to establish a mechanism for the prosecution of the alleged perpetrators of the crimes who may refuse to ask for forgiveness so as not to put at stake the national reconciliation process.

The Parliament in congress invites the State of Burundi to initiate a national commemoration day of the genocide committed against Hutu people in 1972-1973 in Burundi, reads the statement.

Some political leaders and representatives of civil society organizations have shared their points of view after the CVR progress report that qualified the 1972-1973 crimes as genocide against Hutu in Burundi.

Olivier Nkurunziza, president of the UPRONA (the Union for National Progress) party, rejects the report: “There are points that our party cannot accept. We refute all accusations against our party arguing that it had been among groups which planned and carried out crimes against humanity in 1972-1973.”

According to him, there is a hidden agenda that probably aims at slandering his party for political reasons. He reminds that the UPRONA party has never had any genocidal intention.

“No decision has ever been taken by UPRONA members to kill Hutu people. It was even impossible considering that some leaders of the party had been kidnapped and assassinated beforehand,” says Olivier Nkurunziza.

He asks the CVR to avoid emotions in their work: “They have to be neutral and work to find truth that unites Burundians.”

“I received the report of the CVR with disappointment and deception,” says Tatien Sibomana, a Burundian politician.

According to him, the report contains lies and contradictions. He raises, for instance, the fact that the report mixes crimes which were committed in 1965, 1967,1969 and 1972: “That’s nonsense.”

He deplores that there is haste in the CVR activities as it jumped other important dates to shift focus on 1972: “The reasons behind the hurry may be that the term of the commission is due to expire in November 2022.”

François Xavier Nsabimana, president of the association of survivors and victims of the genocide committed against Burundian Hutu people in 1972, exhorts the international community to recognize the 1972-1973 genocide.

“We ask for moral rehabilitation of survivors and the victims’ descendants. The 29th of April has to be a commemoration day for the 1972 genocide victims,” he says.

Mr. Nsabimana calls on the CVR to pursue investigations on the 1972 crimes and other tragic events. 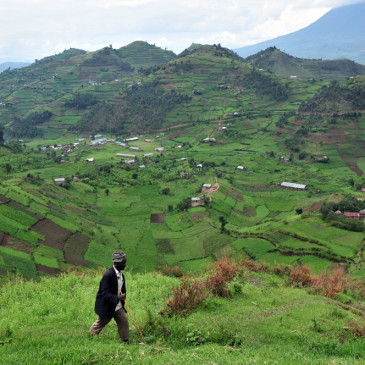 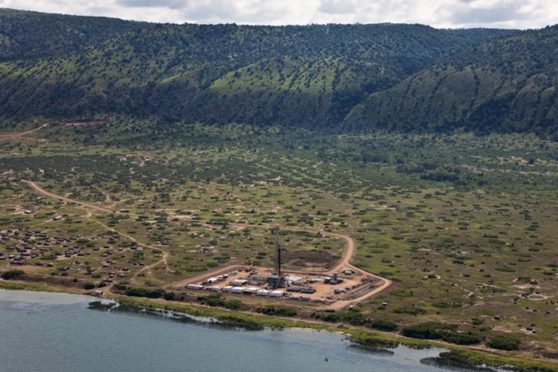