Burkina Faso military officers responsible for the January 2022 coup should ensure the protection of human rights and a swift transition to democratic rule, Human Rights Watch said today. The authorities should give priority to the humane treatment of people in custody, respect freedoms of the media and rights defenders, and ensure that counterterrorism operations respect basic rights.   On January 24, mid-level army officers, protesting the government’s handling of an Islamist insurgency and insufficient support for soldiers, staged a coup against President Roch Marc Christian Kaboré, 64, who was elected for a second term in 2020. Since 2016, armed Islamist groups and government security forces and militias have killed several thousand people in Burkina Faso, causing over 1.5 million people to flee their homes.   “The Burkina Faso military coup occurred in a country with weak democratic institutions amid a brutal armed conflict and a growing humanitarian crisis,” said Corinne Dufka, Sahel director at Human Rights Watch. “The military authorities now in control need to act urgently to protect people’s rights and ensure they don’t make a bad human rights situation even worse.”During a January 24 news conference, the self-proclaimed Patriotic Movement for Safeguard and Restoration (Le mouvement patriotique pour la sauvegarde et la restauration, MPSR), led by Lt. Col. Paul-Henri Sandaogo Damiba, announced the suspension of the constitution, the dissolution of the government and national assembly, and a nationwide curfew. The movement’s spokesperson said elections would be held “within a reasonable time frame” and pledged to respect Burkina Faso’s international commitments, notably including human rights.The coup leaders claimed the coup took place “without bloodshed.” However, there is uncertainty about the safety of President Kaboré and his close associates, amid reports of potential injuries and deaths during the military takeover. The MPSR should publicly account for the whereabouts and condition of government officials in custody and allow the Office of the United Nations High Commissioner for Human Rights, the national human rights commission, and independent human rights monitors to visit Kaboré and any other detainees. All those detained should be promptly brought before a judge and charged or be released.The coup occurred within the context of a marked deterioration in the country’s human rights and security situation over the past year as attacks and atrocities by armed Islamist groups surged and the humanitarian situation worsened. Burkina Faso was already struggling to ensure justice for hundreds of unlawful killings by all sides, and to uphold the civil and political rights of its population.During 2021, armed Islamist groups killed at least 250 civilians and scores of security force members during attacks in several provinces. Since 2018, Human Rights Watch has documented that government security forces and pro-government militias allegedly summarily executed hundreds of suspects, mostly in the country’s northern regions. Virtually none of these attacks have resulted in investigations and prosecutions.Burkinabé rights defender, Dr. Daouda Diallo, secretary-general of the Collective Against Impunity and Stigmatization (CISC), and laureate of the 2022 Martin Ennals Award for Human Rights Defenders, told Human Rights Watch that he hoped the military authorities would “address Burkina Faso’s deepening social divisions, and ensure crucially needed protection for all civilians at risk from conflict, while scrupulously respecting international humanitarian law.” The military authorities should also ensure respect for freedom of expression. In late 2021 and early 2022, the government shut down internet services in a move to quell protesters who had taken to the streets to demand an end to the violence and to protest rising food prices. A 2019 law criminalizing some aspects of reporting on security force operations dampened media freedom, with journalists reluctant to report on allegations of abuses by pro-government forces. Further, in 2021, the government implemented a de facto ban on visits by journalists to internally displaced camps. After taking power, the MPSR issued a warning against the communication of “false news.”Regional and international leaders widely condemned the coup. In remarks to the media, UN Secretary-General António Guterres said: “The role of the military must be to defend their countries and their peoples, not to attack their governments and to fight for power.” The UN High Commissioner for Human Rights, Michelle Bachelet, who recently visited Burkina Faso, said she “deeply deplores” the coup, noting the importance of “preserving the hard-won democratic and human rights gains made in the country.”African Union Chairperson Moussa Faki Mahamat urged all actors to prioritize “political dialogue as a voice for solving Burkina Faso’s problems,” while the Economic Community for West African States (ECOWAS) characterized the coup as a “major democratic setback.”Military takeovers in Africa in the past year occurred in Chad, Guinea, Mali, and Sudan. Coup leaders have often taken advantage of social unrest, grievances about corruption, and the failure of governments to respect basic rights, uphold constitutional obligations, and carry out promised reforms. Democratically elected governments need to look beyond elections as a marker of democratic progress, and focus on upholding human rights, strengthening the rule of law, and building credible, independent institutions, Human Rights Watch said.The Burkinabé military authorities should appoint ministers and other senior officials with proven records of respect for rights, Human Rights Watch said. They should also seek progress on independent and impartial investigations of past rights abuses, protect the rights of suspects in counterterrorism operations, deploy provost marshals in all operational units to promote discipline in security force operations, and provide adequate resources to the justice system to investigate and prosecute all those responsible for serious abuses.So long as there is no accountability for security force violations against perceived members and supporters of armed Islamist groups, serious abuses are likely to continue. Government abuses have fueled recruitment into these abusive groups.“Burkina Faso’s military leadership should not allow the political upheaval created by the coup to lead to a vacuum in the protection of basic rights,” Dufka said. “The military authorities need to maintain discipline within the security forces and ensure that the human rights of all Burkinabé are respected, including their right to vote freely in elections.” 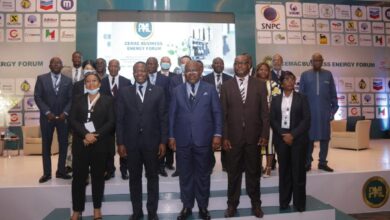