Wizkid, Grammy-award winning Artiste has opened up on his new partnership with Flutterwave, Africa’s leading payments technology company, in an interview with the CEO, Founder of Flutterwave, Olugbenga GB Agboola. Wizkid said that Flutterwave is a quality African company that solves all our day-to-day payment problems.

Wizkid and GB met up in Los Angeles to discuss the partnership and what it means for both brands. In the interview, Wizkid asked GB why Flutterwave chose him, and GB replied,

“Before now, I was listening to your music, and I just noticed the growth is crazy. Looking at that ascension, that growth, I identify with that. How do we keep on innovating on the last thing we did and continue that way? That is the Wizkid answer.”

Replying to GB’s question on why he agreed to collaborate with Flutterwave, Wizkid said, “Flutterwave is an African company, a quality company that caters to everyday payments problems that we face. Every payment needs to be faced back home. For me, Flutterwave is easy, simple and you’re able to send money everywhere.”

Wizkid partnered with Flutterwave to launch Send to users, as a new way to Send Money to all parts of the world. With Send, users can send money to and from 29 countries of the world, including the UK, US, South Africa, Kenya, EU etc.

GB while speaking to Wizkid on Send remarked, “We want to push Send by Flutterwave. We want everybody in Africa, everybody in the US, UK, Canada anywhere you are in the world to be able to send money through our platform, making it easy for a small business in Africa to receive money and payments from anywhere in the world.”

Flutterwave believes in collaboration, and so, when GB asked Wizkid why he partnered with Bieber on Essence, the artiste replied, “We had a mutual friend, and we sent the song to Bieber and he sent it back almost like immediately. When he sent it and I saw how good it was, we decided to put it out. I don’t care who you are, once it’s good, we put it out.”

Flutterwave is a payments technology company that helps businesses all over the world expand their operations in Africa and other emerging markets, through a platform that enables cross-border transactions via one API. Flutterwave has processed over 140M transactions worth over USD $9B to date and serves more than 300,000 businesses including customers like Uber, Flywire, Booking.com, etc. The Company’s key advantage is international payment processing in 150 currencies and multiple payment modes including local and international cards, mobile wallets, bank transfers, Barter by Flutterwave etc. Flutterwave has an infrastructure reach in over 34 African countries, including Nigeria, Uganda, Kenya, and South Africa.

Send is a quick, reliable and secure cross-border person-to-person payments service that allows its users to send money to local bank accounts, cash pickups and mobile wallets regardless of their geographical location using a smartphone, tablet or computer. Send allows its users to send money to family and friends across the world through a variety of payment options such as cards, PayPal, mobile money, Barter etc. Send is available in 29 countries and requires a phone number, national identification and email address to sign up.

Grammy award winning singer/songwriter Ayodeji Ibrahim Balogun (aka Wizkid) began his career in music when he was just 11 years old in Lagos, Nigeria. His first record, Lil Prinz, was recorded in 2001 in collaboration with Glorious Five, a group consisting of Balogun and his friends from church. In 2006, he started pursuing music full-time, at first collaborating with various Nigerian pop acts including OJB Jezreel, Naeto C, and Banky W. By 2011, he was ready to record his debut studio album as a solo artist: Superstar was released via Empire Mates Entertainment to great critical and public acclaim across Africa, propelling him to stardom in his home country. After multiple delays and label disagreements, Balogun released his sophomore album titled Ayo in 2014. This second studio album had a multitude of guest appearances, including a spot from Femi Kuti. It also featured Balogun’s global breakthrough track “Ojuelegba.” Not only did the single cement his status as one of Nigeria’s biggest pop acts, it was also picked up and remixed by Drake and Skepta, thrusting Wizkid into the international spotlight. In return, Wizkid appeared on Drake’s 2016 smash single “One Dance.” In March 2017, it was announced that Wizkid had signed a major deal with RCA and Sony International, which released his third LP, Sounds From the Other Side, later that year. A handful of singles appeared in advance of the album, including “Daddy Yo”, “Sweet Love” and “Come Closer”, and were successful; the latter is certified Gold in the USA and the UK. Following his impressive international campaign, Wizkid refocused energy on his Starboy imprint in Africa. From releasing viral records like “Soco” with his affiliate acts to securing partnerships with brands such as Puma, Wizkid has solidified himself as a millennial pioneer for African entertainment. As an ode to his hometown, Wizkid released his fourth full-length project titled Made in Lagos in 2020 with guest appearances from Burna Boy, Skepta, Damian Marley, H.E.R, Ella Mai, and more. The album is the highest charting Nigerian album on the Billboard 200 of all time, and the longest charting Nigerian album of the century on Billboard World Albums chart. Hit single “Essence” became the first Nigerian song to feature on the Billboard Hot 100 and peak #1 on US urban radio. Made in Lagos, along with his Grammy award winning feature with Beyonce and five sellout shows at the o2 Arena, prove Wizkid’s movement to be one of lasting global impact. 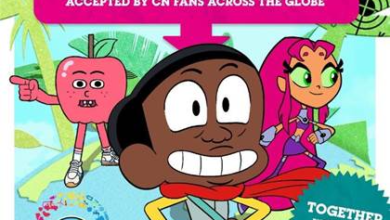