In an era where governments, corporates and individuals recognise the essence of protecting the environment, Mauritius does not leave behind its commitments for a plastic free island. Mauritius, in line with COP26 and the African commitment to support climate change and promote plastic circular economy for sustainable future generations through its 2030 Climate Change/Green Economy engagements.

Mauritius is set to become a plastic free island that will help protect the nation’s wildlife and place the country on the path to a green economy. Early this year single use plastics were banned in and over the next three years the Mauritian government will be putting in place further regulations and restrictions to rid the island of plastics.

This comes at a time when Mauritius enters an economic recovery phase following the ongoing Covid-19 pandemic with the call that this be used as a vehicle to help usher in the green economy.

It is an ambitious plan that comes with challenges for the country, as with the rest of the world. Mauritians will have to wean themselves off an addiction to a commodity that has become so much a part of their lives.

Plastics are causing more and more damage to the marine environment with experts predicting that in four years’ time there will be one pound (0,45kg) of plastic to every three pounds (1,35kg) of fish in the sea. Plastic pollution also threatens the long-term sustainability of Mauritius’s marine park, which in turn will affect the tourism industry and Mauritius is already feeling the impact of climate change. “For a small island economy this needs to be an evolutionary process and it cannot be a “Stop” “Go” policy,” says Afsar Ebrahim.

“Even if this means accepting the trade-off of short-term pain for long term gain.”

We have observed category 5 cyclones, that battered the island, and the costs of natural disasters will mount in the coming decades. It is not a question of whether Mauritius is ready for the green economy, there is simply no choice. To survive and provide a better future for all, Mauritius needs to embrace change. Even if this means accepting the trade-off of short-term pain for long term gain.

Eliminating plastics will not come easy. Between 135 to 140 million plastic polyethylene terephthalate (PET) bottles are manufactured annually for the Mauritian market and only 40% are collected. The rest ends up as litter. While recycling plastics can go a long way towards achieving net zero pollution as well as reducing the amount of CO2 produced per tonne of plastic by between 1.1 and three tonnes, it is not an end all solution, explains Dr Bhavish Jugurnath. He adds

A key challenge is that there is a limit to how many times plastic can be recycled.

One solution, says Dr Jugurnath, is potentially looking at product design and what alternative materials that are biodegradable could be used to reduce the production of plastics as long as an industrial compost system with a circular economy is in place. Better waste management systems can allow plastics to be collected before they enter the environment. The Mauritian ministry of environment, solid waste management and climate change wants to encourage consumers to return their post consumed PET containers.

“Clean up and remediation activities, such as beach clean-ups and technology to collect plastics from lands, rivers, forests and oceans, would allow the removal of plastics already in the natural environment,” says Jugurnath, adding that these had already started as National Clean up Campaigns.

Dr Jugurnath points out that there are a host of successful global initiatives that Mauritius can learn from and use to start its own recycling programmes.

The African mainland provided examples where in Nigeria, Wecyclers and Recycle Points have partnered with the Lagos Waste Management Authority to collect recyclable refuse directly from their consumers. They incentivise their clients by getting them to sort their waste in exchange for points that can be redeemed for household items, food and cell phone minutes. This initiative has created jobs and put value on trash that is then sold on to larger recycling facilities.

Taka Taka solutions in Kenya, has a similar operation. They get their clients to separate waste into organic and inorganic parts. The organic waste is turned into high quality compost which is sold on to farmers. In turn the inorganic waste is either sorted and sold to recycling industries or the recovered glass bottles used to create tumblers. The operation is so successful that Taka Taka Solutions collect ten tonnes of waste a day, of which 95% of it is recycled.

Then in 2012 following on from the MDGs, the Rio+20 conference came up with 17 Sustainable Development Goals (SDG) of which three of these relate directly to addressing climate change, sustaining oceans, marine life and terrestrial systems.

Recently Mauritius made great strides in moving towards meeting these three goals. During Cop26 the Mauritian government announced that it would be phasing out the use of coal to generate electricity by 2030 and for the island to be running off 60% renewable energy. The government cannot do this alone, believes Mr. Ebrahim, there is a need for strong leadership and the buy-in of the private sector as the case for this approach brings the incentives of possible economic benefits and job creation opportunities.

Green Energy, he adds, will save the national budget from import bills of fuel and coal that cost Mauritius close to 900 million dollars a year to import from regions like the Middle East. An exportable product is the intellectual property for the know-how of bagasse-the pulp that is the by-product of sugar cane used to generate electricity. The successful implementation of green energy solutions will attract overseas funding.

Technology can help drive this change by contributing to increasing productivity and creating new opportunities for businesses. “There is a need for the government to work in hand with the private sector to find alternative solutions to plastics and waste production. Otherwise economically speaking some companies highly dependent on plastic in their production chain might find no alternatives than closure,” Dr Jagurnath says.

We know that government and business initiatives can create funding models to assist recycling and greening projects. We have seen this with the work done with the Bottlers Association (BA) and government. The BA, a self-organisation that assists local PET recyclers. Until 2019, the BA contributed Rs15 per kilogramme of exported materials. In 2019 the government increased its contributions from Rs5/kg to Rs15 per kilogramme.

In the last few months, the Bottlers’ Association in partnership with the government has defined a clear road map in which they plan to increase the percentage of PET collection from 40 to 90%. These PET containers will be recycled and once implemented, this will be Mauritius’s first 360° fully sustainable initiative that will go a long way in getting the island plastic free.

In order to move towards greater environmental sustainability, the circular economy needs to become the cornerstone of Mauritius’s green future.

“I will still say a circular economy eliminates the concept of waste altogether, moving us into a more closed-loop system where materials and products are kept in use as long as possible. In doing so, the circular economy tackles some of our greatest social and environmental challenges while unlocking $ 4.5 trillion in economic value by 2030,” explains Dr Jagurnath.

However, for Mauritius to meet its SDGs it also has to draw on global partnerships as part of a broader national agenda, that includes the African Union’s Agenda 2063, the Samoa Pathway and the African Peer Review Mechanism.

Getting it wrong could risk the country falling into poverty and a cycle of increasing debt.

Ultimately this is a holistic approach, where achieving net zero waste and pollution will depend on individuals changing their behaviour. 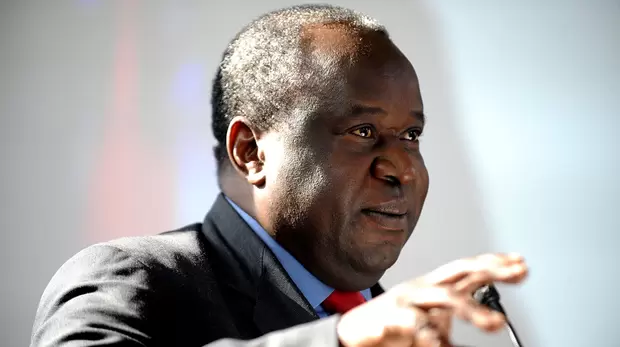