Dr Denis Foretia, founder and co-chair of the Coalition for Dialogue and Negotiation, CDN, one of the main advocacy groups that have been calling for an end to the ongoing crisis in Southern Cameroon, has announced that he is stepping down as co-chair due to “new personal challenges”.

“Two years ago, when we started consulting with key Southern Cameroonians on the need to establish the CDN, the goal was simple – establish a highly professional organization of Southern Cameroonian professionals as a platform through which dialogue and international mediated negotiation could be pursued. This goal remains strong today,” Denis Foretia said in his letter.

“While I am stepping down from active leadership, I will continue, circumstances permitting, to do everything possible to not only shed light on the worsening humanitarian situation in Southern Cameroons but also continue in the effort to mobilize relevant parties to bring the war to a just settlement.”

It has not been long since Denis Foretia and CDN held an international Retreat that was aimed at coming up with solutions for the ongoing crisis. The Coalition for Dialogue and Negotiation (CDN) from October 29 to November 1, 2021, organized the Southern Cameroons 2021 Leadership Retreat, with various recommendations put forward.

Taking note of the lack of progress and commitment from the government of Cameroon, the leaders and stakeholders agreed to work together to ensure international mediations are credible…engage to improve internationally mediated process facilitated by the Government of Switzerland, including adding like-minded partners and reconvene to assess progress in alignment with the collective aspirations of the people of Southern Cameroon.

“Our team has made tremendous progress since inception. We have worked to bring the different leaders and stakeholders to the table. Yet, the challenge ahead remains daunting. I am particularly sad that given new personal challenges I am unable to continue to lead the team as we work to help bring an end to this escalating armed conflict,” Dr Denis Foretia, who is also co-chair of the Denis and Lenora Foretia Foundation and Executive Chairman of the Nkafu Policy Institute, a leading Cameroonian think tank added.

“I want to sincerely thank you for the interest and support you have shown in the work of the CDN since its inception. I urged you to have faith in the mission of the CDN and to show goodwill and support to the leadership of Ms Judith Nwana who will continue to pilot the affairs of the organization.”

Considering he was literally the face of the CDN, his departure is not viewed well by many who saw in the Coalition a source of hope in opening a new front in seeking lasting solutions to the crisis in Cameroon. A participant at the recent retreat in Canada expressed surprise at the move especially with the optimism generated from the event. Hopefully the Coalition will survive his absence and  continue with the great strides made under the leadership of Foretia in uniting different stakeholders and engaging international partners in seeking for solutions, the participant who opted for anonymity said. 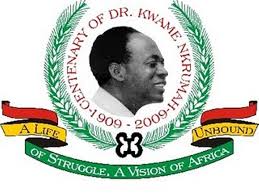 Mobilizing For A Successful 8th Pan African Congress In Accra