The Indomitable Lions of Cameroon have begun assembling in the nation’s capital Yaounde ahead of the 33rd edition of the TotalEnergies Africa Cup of Nations, AFCON, to be hosted in Cameroon.

Cameroon is a five-time AFCON champion and the country will be hoping for a sixth crown to pull just one behind Egypt with seven titles. The Indomitable Lions last won the title back in 2017 when Vincent Aboubakar scored the last goal in a 2-1 victory against Egypt.

Vincent Aboubakar who is expected to captain the squad is amongst eight strikers including the return of 28-year-old Clinton Njie. The Dinamo Moscow forward will be making his third consecutive AFCON appearance with the 2017 AFCON MVP, Christian Bassogog also made the cut.

The Indomitable Lions will get the ball rolling on the AFCOIN on January 9 when they face the Stallions of Burkina Faso at the Olembe Stadium. The team will then face the Walias of Ethiopia on January 13 before concluding the group stage against the Blue Sharks of Cape Verde on January 17. 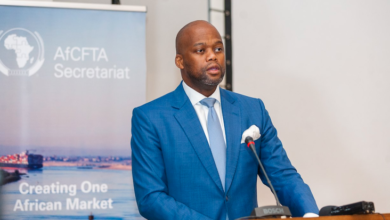