All-time leading goal scorer of the Indomitable Lions of Cameroon, Samuel Eto’o has been elected president of the Cameroon Football Federation, FECAFOOT. The former FC Barcelona striker defeated the interim Seidou Mbombo Njoya 43 votes to 31 in an elective General Assembly of FECAFOOT is December 11, 2021, in Tsinga Yaounde.

Samuel Eto’o has been given the mandate of four years to put his action plan for the country which includes developing women and youth football, the construction of at least ten stadia across the country and more to fruition.

“I’ll be remembering today as one of the proudest moments of my life. I’m deeply grateful to be elected as the new president of FECAFOOT,” Samuel Eto’o tweeted shortly after he was confirmed as the president. “Every vote represents the energy and ambition of our football family to take our beloved sport to a level we have never seen before.”

Seven (7) candidates were validated by the electoral commission heading into the election but on the morning of the election, five candidates including Maboang Kesack and Jules Onana all withdrew leaving just Samuel Eto’o and Mbombo Njoya to battle for the presidency.

“We have to bring footballers to the centre of our policies,” Samuel Eto’o added. “It is our role to ensure that those who play this discipline make a decent living out of it.”

“I have spoken to the business community and we are certain we will get the right investors who can accompany us in fulfilling our goals.”

In a move less seen in Cameroon in other aspects, the former president Seidou Mbombo Njoya acknowledged defeat, congratulated Samuel Eto’o and wished him every success.

“Thank you to the football players and staff who have devoted themselves to my side, with the conviction to give the king sport a good trajectory. I ask them to bring to the new team the useful help so that the flag of our county flies higher,” Seidou Mbombo Njoya tweeted.

“Thank you to those who continued to believe in the project that we were carrying and in the successes that we have recorded together in recent years. It was a real pleasure to make my modest contributions to our football.”

The election of the four-time Africa footballer of the year at the helm of Cameroon’s FA means he will be the man at the centre of things when Cameroon host the 33rd edition of the Africa Cup of Nations that begins on January 9, 2022. 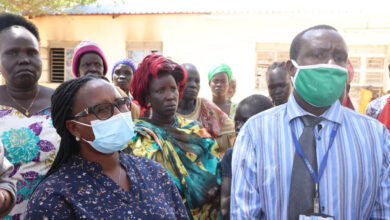 National Cathedral Board Reveals New Date To Meet All Pastors In Accra.