The Centre for Human Rights and Democracy in Africa, CHRDA, and Database of Atrocities have called on the Cameroon government to launch an independent investigation into the incident at Mbengwi road, in the country’s North West Region.

On December 8, 2021, men in military uniform are said to have set fire on various households along the Mbengwi road. Eyewitnesses pointed the finger squarely on Cameroon’s defence and security forces while military spokesman has refuted those allegations.

In a rapid initial investigation by CHRDA and Database of Atrocities, their evidence conclusively indicates that state forces, likely including elements of the 3rd Rapid Intervention Battalion, BIR and associated forces were responsible for this attack.

As with all Flash Reports, CHRDA and Database of Atrocities notes that this analysis is not considered final, and it remains subject to change as new information arise.

“(The Cameroon government should) commit to prosecuting any individuals found to have violated international or domestic human rights law during the incident, such as burning civilian structures or committing extrajudicial killings,” the communique from CHRDA and Database of Atrocities read in part.

CHRDA conducted interviews with eyewitnesses from Bamenda. From a combination of eyewitness accounts and information from social media and news outlets, we identified a likely sequence of events. The burning is believed to have been sparked by an IED attack on a military convoy carried out by the Bamenda Brigade of the Ambazonia Defence Forces (ADF).

The ADF claimed the IED attack at this link. In retaliation for the IED attack, it appears that members of the military engaged in scorched-earth tactics, burning civilian structures including homes and markets. As satellite imagery demonstrates, the burnings appear to be widespread. There are reports that the military shot dead multiple civilians in the attack, including some who tried to stop fires in their buildings. Video evidence shows multiple corpses that appear to have been burned to death.

An eyewitness whose house was burned in the attack told CHRDA that she was seated at home at about 2:00 pm with her grandson when she heard a very loud blast, immediately followed by gunshots. She got scared of being hit by a stray bullet as her house was very close to the road and lay down on her stomach on the floor. The next thing she saw was smoke coming out of her neighbour’s house and soldiers shooting at her door. She peeked through a hole in her door, as she was afraid to fully lift her head, and saw soldiers dressed in blue-black attire with guns. The soldiers numbered over 20 and some were carrying gallons of petrol.

On December 10, a press release about events in Bamenda was published by Navy Captain Cyrille Serge Atonfack Guemo, the Head of Communication Division of the Cameroonian Ministry of Defence. The release states that: a convoy of the 3rd BIR faced a ‘terrorist ambush’ IED attack in Nitop, Bamenda, at around 3:00 pm on December 8. After a violent confrontation, the assailants retreated; one military vehicle was damaged and four separatist fighters were neutralized

Rumours about the torching of civilian homes are false machinations and separatist propaganda. During the gun battle, a hideout in which separatists make IEDs was hit, leading to an explosion that caused a shockwave on a few nearby houses.

The scale of the burnings, and the distance between burned structures, as depicted in the geolocation, contradict the Ministry of Defence statement. Video and photo evidence from before and after dark demonstrate that the burnings occurred over a while longer than they would have from a single explosion and shockwave. Videos and photos showing cars burned and corpses on the ground indicate broader attacks. All eyewitness statements were collected, along with narration of videos of the incident. 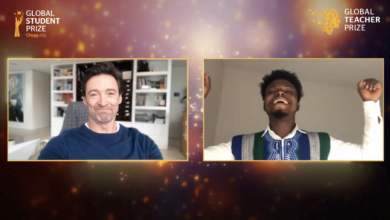