In the face of the five years and running Anglophone crisis in Cameroon – pitting Southern Cameroons’ Separatists against the central government, the international community has largely proven to be of no help, or worse still- taken a hypocritical stance. In what looks like an isolationist stance, the international community has taken a comfortable position from where it only issues statements of condemnations whenever a macabre incident occurs.

As such, the locals in the two afflicted regions who had rightly or wrongly believed in the powerfulness of the international community have had their cries falling on deaf ears. It is normal to see locals in grief calling on the UN, the US, Britain, France, Germany and other big powers in the international scene to record the gruesome acts and come to their aid. Gruesome act after gruesome act, players in the international scene issue “strong” condemnations which have changed nothing, as the rights abusers are having a swell time creating communities of survival of the fittest with no accountability for the gross human rights abuses.

Unlike many states with large resources to pursue such an expensive and unnecessary option like war, to dialogue, the Cameroon government relies heavily on donations and loans to finance its projects and most of this come from the big guns in the international community. On the other hand, most separatist leaders, especially those financing the war in Anglophone regions of the Cameroon are lodged in western countries from where they raise finances to finance the war.

What is common here, is the heavy reliance of the two parties on strong actors in the international community in order to pursue the war option. It is thus only logical that if targeted sanctions are strategically put in place by the international community on the hardliners and benefactors of the war, the road to peace may be shortened. This will especially be to the advantage of the civilians who are paying heavily and daily for the war option. On rolling bases, many are left homeless, orphaned. Parents are burying their children. Small and large businesses are crumbing and falling out of business. Thousands of children are deprived of education and thousands of others are displaced to places where they have to start all over again. In a country where many were under the poverty line, the war is only making the situation worse.

While the normal civilians are those shouldering the real impact of the war, the shot-callers and hardliners who are bent on speaking only with iron and blood are far off in Yaounde and other places around the world, from where they drink to the hardship and misfortune brought by the war to the people.

In a world where so much attention is on human rights violations, and in a crisis where state forces have led a war campaign in complete disregard of human rights and war ethics, with separatists on their side committing barbaric atrocities that go contrary to human rights provisions, the international community should not be seen condoning such.  The international community should graduate from only backing, to biting I other to deter licensed killers from abridging the lives of many.

In a crisis that is said to be highly underreported, many atrocities still surface to shock the world. From the raiding of villages, cutting down of food crops, burning down of hundreds of villages, barbaric butchering of people, killing of school children, killing of teachers, kidnappings for ransom, arbitrary arrests and detention, burning of elderly people alive, the people have witnessed enough to leave them traumatised for a lifetime.

A situation which could seem like a tale to many a few years is now their reality. The people are getting numb to pain and atrocities. In most parts of Anglophone Cameroon, a gun battle could spark out between the belligerents and result in deaths, and when the guns go silent minutes after, people freely resume their activities walking pass dead bodies,- appearing undisturbed.

In other gross situations, locals have stroll pass dead and decomposing bodies abandoned on streets, and only decided to bury the remains when the stench becomes unbearable. There are cases where grandmothers have been left behind to did graves and bury young youngsters killed in the war. In most, if not all clans in Anglophone regions, the burial is left to men, but in the face of the Anglophone crisis, women have had to wade in, as the men and youths are constantly on the run. This has been the life of millions of people trapped by the war, and yet the there is no sign of the war ending soon, as both sides drum for more to come, with the crisis moving from one phase to another.

With experts stating that such conflicts often end up on the dialogue table, critics of the war have argued that there is no point to be made by leaving more corpses and hardening the hearts of many before the much desired dialogue is initiated. While the separatist say they are open to dialogue, the government of Cameroon has continued to maintain that they don’t know who to dialogue with because of the several leaderships of the Anglophone separatists. Many have dismissed government’s claims as flimsy given that they cannot claim not to know who to dialogue with yet they are on the field every day fighting them.

Of recent, was the much heralded Toronto Retreat of Southern Cameroons leaders, be there of the various separatist factions, Civil Society, religious bodies and moderates. Being the first of its kind, the retreat provided a unique opportunity for the leaders to chart a common path. As such, if such initiatives are encouraged by the various actors in the international community, it will help to speed up the much desired peace process.

An important part though, has to be about listening to the people who are living and feeling the impact of the crisis. It could be disastrous to only listen to the leaders of armed groups alone, without giving a voice to those going through the realities of war and alleged marginalisation. Already, several surveys have been conducted to get the views of ordinary Anglophones in the crisis regions, but such have always been shelved. An ironclad way out the crisis will be a dialogue with neutral observers with no taboo subjects and which will eventually result in a reduction in hostilities and the people given a choice to decide their fate.

Instead of reducing itself to issuing condemnations with no punitive measures for culprits of rights violations, the international community should be able to make the war mongers on the both sides to feel a pinch of what they advocate for. Targeted sanctions could do the magic, and maybe force those benefiting from the war to see what they stand to lose if they keep drumming for war and abridging the lives of young people who are dying as either separatist fighters or state troops. They population that has suffered most too will have an opportunity to dream of a tomorrow where they can focus on how to build their lives, and not just thinking of how to stay alive. 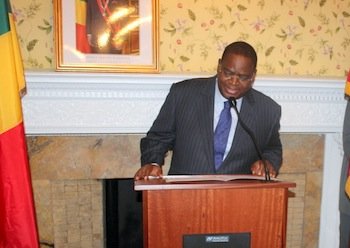