Juba – Ethiopian Ambassador to South Sudan, Nebil Mahdi has said his government is ready to find a peaceful solution to end the ongoing conflict in the Tigray region despite atrocities committed by the faction group.

The conflict in Ethiopia erupted on November 4th, 2020 after the TPLF allegedly attacked the Northern command of the national defense forces that was stationed there for two decades to protect the country’s sovereignty as well as Tigray and the regional government.

This prompted the Prime Minister Dr. Abiy’s administration to launch a military campaign against the TPLF in order to reverse the advancement of the TPLF forces.

Of recent, rebel chief Debretsion Gebremichael said in a statement that TPLF forces would retreat north from Afar and Amhara to create what he calls an ‘opening of peace’.

But the Ethiopian federal forces and their regional allies said the rebel group was defeated and days later, the government announced the capture of a strategic city inside the Tigray region.

The government has reported recaptured almost all the towns in Amhara and Afar region.

“The goal of the whole military campaign is ascertaining the sovereignty and territorial integrity of Ethiopia. This will continue until TPLF comes into its senses and shun the culture of impunity,”Amb. Nebil Mahdi told the press on Wednesday, during the Christmas dinner reception hosted by the Ethiopian embassy in Juba

Amb Nebil,  however said his government was being willing to propose a peaceful solution to the problem but it was turned down by the TPLF and opened fresh attack in multiple fronts.

Amb. Mahdi says  “otherwise, government of Ethiopia is still adhering to a peaceful solution to the conflict, concurrently it is also working hard to deliver humanitarian aid to Tigray and more than two million others in Afar and Amhara.”

To advance the peace agenda, he said that his government has initiated a national dialogue from which they expect to serve as a vital platform to create a national consensus.

“The government of Ethiopia has also initiated a national dialogue from which we expect it to serve as a vital platform to create a national consensus by allowing all stakeholders to discuss any agenda including controversial constitutional elements,” said Nabil.

“The President has previously shown his dedication for regional peace by successfully organizing the Sudanese peace talks here in Juba during his recent meeting with our deputy prime minister and minister of foreign affairs, Mr. Demeke Makonen in Juba to advance the peace agenda there,” said Nabil.

Amb. Nabil warned the international community and their media to refrain from supporting the rebel forces.

Last week, the Ethiopian community living in South Sudan held “no more rallies’ to denounce the western countries’ meddling in their internal affairs.

The yearlong conflict is shadowed with atrocities in the battle – zone regions, leaving 400,000 people food – insecure, according to U. N.

A week ago, the UN Human Rights Council voted to establish an international investigation committee in the ongoing civil strife in Ethiopia, but Addis Ababa rejected the move.

Amb. Nebil described it as “politically motivated agenda” and further argued that the previous joint investigation report by UN high commission for human rights and Ethiopian human rights commission is still a viable document and no need for “duplication of efforts.”

Can an election help Guinea’s democracy? 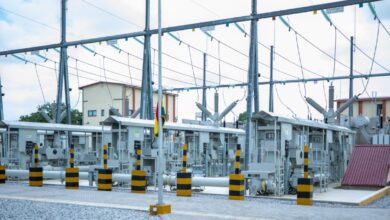