The African Green Dialogue, led by the private sector, will promote discussions around green energy in Africa, marking a significant step in the journey towards the continent’s energy transition.

As a platform for an inclusive discussion on Africa’s green energy sector, the African Green Initiative, which is being launched during an African Green Summit at African Energy Week 2022, being held on 31 October to 4 November in Cape Town, South Africa, will feature consultations driven by the private sector and will precede the next COP27 international climate conference, while promoting discussions on the continent’s energy transition, marking a significant step towards Africa’s green energy future as part of our energy mix.

The initiative – which will be significant for the continent as stakeholders move to exploit Africa’s renewable energy resources and drive the continent’s shift towards renewables – will culminate into the African Initiative and will be unpacked during an African Green Summit which will take place at AEW 2022. We have had discussion about Green Hydrogen. African countries have the possibility to become a hydrogen powerhouse by 2030, piggybacking on the natural gas industry to export hydrogen. Green Hydrogen can also be a gamechanger. We believe all of this will depends heavily on the use of carbon capture, utilization and storage (CCUS) in its early stages to reduce greenhouse gas emissions and aim for Africa’s net-zero goals. Hydrogen and more importantly green hydrogen gives the Africa an exciting new tool to build a stronger, more reliable low-emission energy future. Our continent is uniquely positioned to become a dominant global player in this burgeoning new technology.

“While the world undergoes a massive overhaul of its energy resources and transitions towards renewables, Africa is well-positioned to exploit its own resources and take significant steps in its journey towards a green energy future, while scaling up project developments and alleviating energy poverty,” stated NJ Ayuk, Executive Chairman of the African Energy Chamber, adding that, “The African Green Dialogue will push our goal, which is to highlight that Africa has the best solutions to its problems; that Africa will alleviate energy poverty on its own terms by the means best aligned with the continent’s strengths. We must embrace all forms of energy, reduce GHG and also think about jobs and opportunities for our young people”

The Green Energy Dialogue represents the progress made by Africa in its journey towards a just and inclusive transition while creating and promoting new opportunities for discussions that pave the way for accelerated investment and development across the green energy space in Africa.

While Africa undergoes an energy transition, such an initiative is expected to play a significant role for the continent to exploit its natural resources while opening up new job opportunities, addressing energy poverty, and driving the continent’s shift towards renewables through an integrated and inclusive approach.

By providing stakeholders with a year to engage, network, and propose a viable way forward for the sector, the African Green Dialogue will facilitate an inclusive platform to provide stimulating conversations to discuss the value of collaboration and future opportunities.

AEW 2022, taking place on October 31 – November 4, is the AEC’s annual conference, exhibition and networking event. AEW 2022 unites African energy stakeholders with investors and international partners to drive industry growth and development and promote Africa as the destination for energy investments. 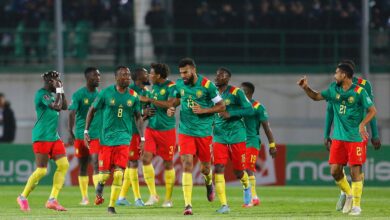