Since his ascension to power, Burkina Faso’s  President Roch Marc Christian Kabore  has been steering the country towards the path of economic success and development as concerted efforts are being taken to ensure that the country becomes as competitive as other regional economic powerhouses in the western Africa region such as Nigeria and Cote d’Ivoire

To achieve its economic targets, Burkina Faso has just launched the National Economic and Social Development Plan (PNDES II). The economic blueprint clearly outlines Burkina Faso’s economic vision, the roadmap to be taken towards achieving the vision as well as the priority sectors that are important in necessitating success. While the goal of the economic blueprint is to necessitate economic growth and development, Kabore and his administration are aware of the fact that many other factors help in achieving the country’s vision. As such, the blueprint also touches on issues of social cohesion, security and resilience.

As outlined in the economic blueprint, the strategic lines that Burkina Faso is going to adopt in guiding the development agenda are as follows:

Line 3: Strengthening the development of human capital and national solidarity

Line 4: Boosting sectors of growth for the economy and employment

The development plan by Burkina Faso has already won the hearts of many who believe that the future is bright for the country is the laid-out plans come to fruition. The President of the US-Africa Business Centre and also the Senior Vice President of the U.S. Chamber of Commerce Scott Eisner says “Burkina Faso is a country endowed with mineral resources, mainly gold that have been driving the growth of the mining sector, which represents about 20% of the overall potential in West Africa. Agrobusiness and energy are other sectors with tremendous growth potential. Burkina Faso is also known as the capital of art and culture in the region, with its flagship FESPACO, one of Africa’s most important film festivals.”

In light of the country’s potential, Scott Eisner is convinced that the country’s efforts as espoused in the economic blueprint to institute “reforms to improve the regulatory environment and the ease of doing business are all indicative of a nation ready to attract foreign direct investment”. To ensure that Burkina Faso realises all of its goals and objectives, Eisner assured that Burkinabe government that the U.S. Chamber of Commerce “will work closely with Burkina’s public and private sectors to expand the commercial relationship between our two nations. This interaction will also allow American companies to support Burkina Faso’s economic diversification agenda through skills development and technology transfer”.

To spearhead the investment drive, President Kabore launched the Investment Agency of Burkina Faso (ABI). The main purpose of the agency is to streamline, coordinate and rationalise all government initiatives and actions in regard to promoting and facilitating investment”. ABI in collaboration with other state institutions has already put in place a three-step plan to optimise investment promotion. First, the agency seeks to use focal points in diplomatic representations of Burkina Faso “to relay actions of investment promotion and monitoring in foreign countries, and secure solid partners in all support bodies for the Burkinabe private sector”. Second, the agency aims at establishing a network of focal points in diplomatic representations accredited in Burkina Faso with a view to “establishing a synergy of actions for attracting FDIs efficiently and optimising monitoring and support actions for foreign investors in the country”. Lastly, there is a network of focal points for monitoring investment projects in line ministries whose role is “to identify, update and monitor investment projects concerning the relevant departments”.

Diplomacy plays an important role when it comes to foreign investment. Burkina Faso is proud to say that it has cordial relations with almost all countries on the globe from the north to the south, west to east. Thanks to these relations, the country can look in any direction when it comes to sourcing investments. In the West, Burkina Faso’s friendship with the US is clear for all to see while its relationship with the EU can best be demonstrated by the volume of aid which “rose from 28 million euros for the 1959-1963 period to around 850 million for the 2016-2020 period”. In the East, Burkina Faso recently cut ties with Taiwan and thanks to that decision, friendly relations emerged between the country and the People’s Republic of China.

Investors when they come into the country will rely on a strong network of road, rail and air infrastructure to conduct their business and trade. On this front, Burkina Faso’s Minister of Infrastructures and Opening UP, Eric Wendenmanegha Bougouma said, “From 2016 to 2020, spurred on by the President, Roch Marc Christian Kabore and under the guidance of the Prime Minister, significant efforts have been made in the construction, tarmacking and rehabilitation of the major economic corridors… The proportion of tarmacked roads rose from 24.5% to 27.42%”. The minister said his ministry is still working to open up the country and interconnect all major cities, towns and rural centres to facilitate trade and investment.

The PNDES economic blueprint formulated by President Kabore with the aim “to build with the people a Burkina Faso of democracy, economic and social progress, freedom and justice” certainly is helping the country to find its feet to stand head and shoulders with regional economic powerhouses. Investment promotion is at the forefront and significant success has already been achieved thus far owing to the country’s stable and solid economy and human resource base. 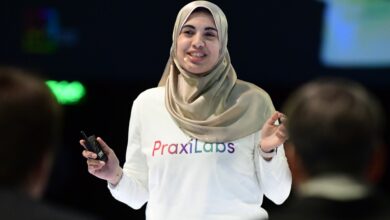