HARARE-An independent elections body in Zimbabwe, the Election Resource Centre (ERC) reports that it has welcomed the ratification of the African Charter on Democracy, Elections and Governance (ACDEG) by the Government of Zimbabwe.

The centre says that while the ratification of the ACDEG is a positive step in terms of committing to credible elections and peaceful transfer of power, the ERC notes that the credibility crisis Zimbabwe has faced has not been a result of the failure to ratify the Charter but the failure to implement existing legal frameworks meant to realize credible elections.

ERC adds that without the government’s will to fully implement the ACDEG and existing laws aimed at achieving free, fair and credible elections, the ratification will be an exercise in futility.

It says that it remains concerned at electoral stakeholder’s failure to comply with local laws and the reluctance of the government to implement reforms necessary to ensure free, fair and credible elections.

“It is imperative for all electoral stakeholders to comply with the charter, constitution and statutory laws governing elections. The Government must ensure that the ratification is followed by the timely depositing of the Charter with the AU Commission in order for Zimbabwe to become a full State Party to the Charter,” ERC said.

It added that it is necessary for the government to support the ratification with electoral reforms necessary to achieve free, fair and credible elections.

The African Charter on Democracy, Elections and Governance is a roadmap setting out continental standards on democracy and good governance in Africa, setting out rules for free and fair elections as well as condemning unconstitutional changes of governments.

What does Africa need to bridge gender gap? Interview with Kathleen Sherwin 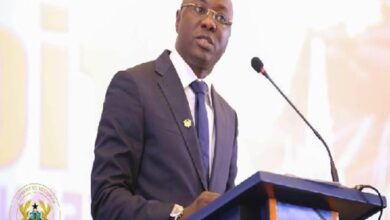 Kenya: Betking Clear the Air On Reports of Botched Deal With Gor Mahia