After much consideration, we have decided to break our silence on what has become of the NRM. As it has been throughout human history, the wellbeing of any group depends on basic virtues like honesty, decency, selflessness and the civility to say things as frankly as possible. That said, our silence was a consequence of the actions of the chairman in the 21-man committee. By almost every action in that committee, the chairman seemed intent on demonstrating that decisions made by his executive were secondary to those taken at some opaque quarters.

Need one add the footnote that members of this executive were instrumental in persuading Alfred Conteh to nominate the chairman as secretary general to that committee? In spite of the key role played by members of this executive in his nomination to the 21-man committee, the chairman – once the nomination was in his back pocket – punctuated almost every move with an act calculated to undermine our confidence in his leadership. The first spot of the line between the chairman and some of us in his executive originally appeared in his smuggling of Alfred Minkailu Koroma into the two-man quota the court ruling gave to the NRM that initiated the court action. That Minkailu had allowed himself to be used as a disruptive force in our reformation struggle is not a secret. Even when we and some prominent members of the breakaway faction arrived at the decision to support the lawsuit of Alfred Conteh, Minkailu retained his disruptive posture and made his alignment with the ruling establishment in the APC very clear; in his efforts to convince that ruling establishment of his opposition to our association with the lawsuit, he went from one media house to another to hurl a steady stream of attacks against Alfred Conteh and our association with the lawsuit. As with his efforts in the past, his outpouring of bad publicity against our association with the lawsuit was meant to disrupt our reformation struggle against a ruling establishment that was not the least  prepared to implement neither the MoU we signed in Makeni nor usher in democratic reforms.

Little did we know that the chairman was up to some deceitful plans, and those plans did not square with the position of the movement. He made the claim that Justice Fischer had insisted that Minkailu in particular must be nominated by the NRM to serve in the 21-man committee. Then came the shocking discovery that the judge gave no such order; at no stage did the judge hold any kind of discussion with him. It was simply a dishonest stratagem concocted by our chairman to deprive one of our nominees for the man we had long identified as the enemy of the movement.

Almost as deceptive as the circumstances that surrounded Minkailu’s inclusion in the 21-man committee as an NRM representative was the murky circumstances that surrounded his choice as the movement’s spokesperson at the Emergency National Delegates Conference (ENDC). If the chairman could deploy sufficient energy and deception to smuggle into the 21-man committee someone whose inclusion was proscribed by the executive, it is safe and appropriate to conclude our chairman was equally the mastermind of his choice as a spokesperson of the movement on such an important event. To us, the refusal to choose a member of our executive to speak on our behalf on so important an occasion was symptomatic of a more profound failure to appreciate all those who have played a role in making the movement what it is today. It’s really a shame and disappointment that our chairman had to choose a man who splintered the movement into two and played on the ruling establishment’s team over our very own comrades to speak on our behalf at the ENDC. It is hard to forget how that very individual almost destroyed the movement and undermined its efforts.

Equally vexing was that fact that we never got the impression that the chairman did anything remarkable in his role as Secretary General to the 21-man Committee to give us the outcome of the ENDC. It was actually Foday Yansaneh who held the strings that created the puppetry in the secretariat of the 21-man committee. Though not a member of the committee, Osman Foday Yansaneh dominated the process from start to finish. The only time Yansaneh lowered his guard and allowed our chairman to ‘act’ (as it was said) as the committee’s secretary general was when it came to writing a laughable letter for EBK to serve as chairman of the ENDC. Yansaneh even ensured that many supporters of the ruling establishment served into the sub-committees that conducted elections in places like Kailahun, Mange, to name a few. Given that our chairman was ‘secretary general’ to the 21-man committee; it came as a big letdown that not a single member of the movement was able to serve in any of the sub-committees that conducted elections in several places. If the defunct APC leadership did not give our chairman the opportunity to do anything of impact or nominate even a single member to serve in a sub-committee, why must he be the one to write a ridiculous letter that invited EBK to chair the ENDC? What prevented Yansaneh from continuing with the dominant role he performed since the 21-man committee was constituted? The contents of the letter gave one the impression that our chairman was played like a piano by the APC leadership.

Weirdest of all, perhaps, was the chairman’s decision to withhold a press release the executive had given the nod to be circulated. The withheld press release provoked such a reaction from the chairman simply because it called for the conduct of the ENDC to be left in the hands of the 21-man committee. The chairman’s support was for the process to be handled by the defunct leadership itself. The withholding of the press release was a signal which was only clearly understood when our chairman took it upon himself to invite EBK to serve as chairman of the ENDC.

Another action that carried an element of bewilderment was the chairman’s attempt to attach the movement to a string on Minkailu’s hand and expose the membership to all sorts of annoyance. Unbeknown to the executive members who had been deeply involved in the planning for the press conference, our chairman and Minkailu agreed among them to have it cancelled and kept it a secret. This action seems to us to be very debasing, especially when it would have taken just few minutes to inform those involved in the planning that the conference had been cancelled. It came as an unpleasant surprise that it was actually Minkailu, with the complicity of our chairman, who cancelled a press conference he had no business in its organization.

Having lost our confidence on the basis of the aforesaid, and based on his repeated promise to step aside whenever called upon to do so, we, the undersigned, hereby demand that he resigns as the movement’s chairman with immediate effect. As we seek to transition the movement to a new leadership, we will leave no stone unturned to affect it in a well-ordered fashion. 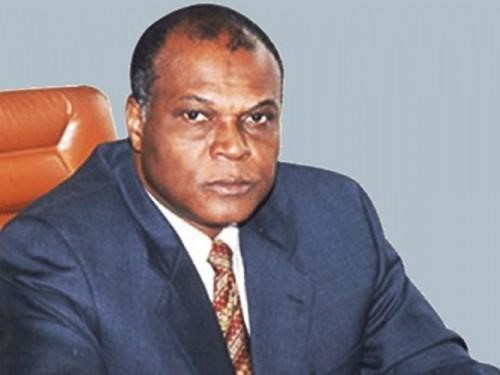 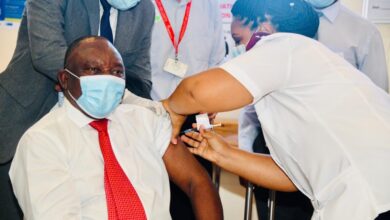