Freetown – Debt is now a problem for returning migrants in Sierra Leone, as many borrow or stole money from friends and family members to fund their journey with the hope that when they reached Europe, they will payback.

Homecoming and reintegration have been difficult for indebted migrants who fail to reach Europe. Sometimes upon their return to the country, they go into hiding or abscond from relatives and friends they owe. Most of them encountered social problems, including shame and embarrassment from their lenders.

The Sierra Leone’s Ministry of Social Welfare (MSW) has been working with the International Organization for Migration (IOM), and other partners such as the World Hope International (WHI) and Advocacy Network against Irregular Migration (ANAIM) – an association of returnees to address this problem through a mediation mechanism.

For many returning Sierra Leonean migrants, debtis one of the most commonly concern. This is an issue some have been seeking help for upon their return. Irrespective of the efforts being made to address this problem, yet, this issue still stands as an area of return and reintegration assistance that needs more attention. Returnees are experiencing financial hardship as they attempt to reintegrate with family members, re-establish livelihoods and especially in overcoming high levels of debt.

In May 2018, Henry arrived in Freetown, by bus from Mali- after nearly one year away. He was arrested three days upon his return for nine million Leones- about a thousand dollars which he borrowed from a friend to fund his trip.

“I was hoping that if I reached Italy, I would have quickly pay back the money, but unfortunately things did not go as planned’’, said Henry. “When a voluntary return opportunity was offered by the IOM, I accepted but when I thought of the amount of money I suppose to pay back home, I had wanted to reject the offer and continue to stay in Mali.

“Since I could no longer bear the challenges in Mali, I had to accept the offer to go back to my country” he added.

Henry was arrested during his return, but officials of the MSW, IOM, ANAIM and WHI and together with some of his family members had to intervene.

“We immediately intervene as soon as we heard about the issue and strike a balance with the police, and Henry was granted bail”, said Marian Jannah Harding, Senior Social Welfare Officer at MSW. “A monthly payment plan was agreed upon in order for the migrant to pay back the money”, she added.

Ministry of Social Welfare and partners have been making some strides in addressing these kinds of challenges that migrants faced when they choose to return to Sierra Leone.

“When Migrants returned home through IOM AVR, we normally organize psychosocial sessions together with our partners for these returnees. During the sessions, we issued out forms to migrants, so that we can be able to know their problems especially issues we think we can address through mediation”.

During their intervention, migrants would make commitments to repay their debts from proceeds they get from the businesses they set up from the reintegration support they received from IOM. Other returnees pay with support from family members, friends and other goodwill organizations.

29 years old returnee, Alpha Momoh was on the hook for a camera worth more than three thousand dollars. Before embarking on ‘temple run’ (irregular migration), Alpha was working for Concept Multimedia, a media company in Freetown. At the company, he was able to raise ten million Leones ($ 1,000) which he kept for the trip. But the money, he said was not enough, so he had to sell a camera that he borrowed from his friend to save enough amount to fund his way out of the country.

In early 2016 Alpha left Sierra Leone with two of his friends. He took along some of the money he saved and left the remaining one with another friend who did not join the trip. According to Alpha, they were captured and imprisoned several times by traffickers during their travels in both Niger and Libya.

He also recalled that they were put under lock and key by people he described as security personnel in Libya.

“In Libya alone, I was imprisoned three times by armed men. Sometimes I had to make telephone calls back home and asked friends and relatives to send me some money to pay traffickers to regain my freedom” he explained.

“Thankfully, the money I left with my friend was sent to me during distressful moments. And I had to pay traffickers in order to save my life”, he added.

Life in Libya he said was tough for migrants, so he had to come back to Sierra Leone with IOM’s support.

When Alpha returned to Sierra Leone in late 2017, he battled with his health condition whilst he tried to figure out how to pay for the camera he took from a colleague.

Financial hardship, physical threat and emotional stress associated with migrant debt has a significant barrier to the sustainable reintegration of returning migrants trying to re-establish their livelihoods upon return to the country.

“Almost, half of my reintegration support was spent on my health, because I came back with serious health condition”, Said Alpha. “I manage to set up a small business which I could not able to sustain as a result of many challenges. I only get a living out of the small profits I make” he added.

Alpha faced so much humiliations for the camera. He was arrested and molested, and at some point ANAIM had to mediate so that he will be given some time to pay back.

Besides beneficiaries of the IOM Return and Reintegration program, there are other returnees who did not go through the AVR, but are being assisted and advocated for by ANAIM. This organization even sometimes provide loans to returnees.

“We had provided some loans and other reintegration support to a good number of returnees with funds from non-governmental organizations including Don Bosco Fambul and World Hope International among others”, he explained.

“Apart from the AVRR support for migrants, IOM has been very supportive especially in providing reintegration assistance to returnees who are victims of human trafficking (VOTs) through the Emergency Fund” Sheku stated.

“With these supports, some indebted returnees have started their own small businesses in their various communities and are now paying their debts” he added.

IOM celebrates two decades of commitment to people of Nigeria 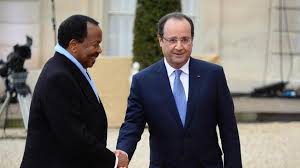