Chozen Generation Sierra Leone (CGSL), one of the leading youth organizations in the country has last weekend organized its first ever delegates’ Conference at Makama Lodge, Makeni, Northern Sierra Leone.

The theme of the conference was ‘’designing the Sierra Leone of our dreams: The Role of young people in tackling corruption, Tribalism and Nepotism.

Speaking during the conference, the National Coordinator of CGSL, Joel Abdulai Kallon said, the essence of the two- day conference was to bring young people together to discuss issues of corruption, nepotism and tribalism and how it has affected them in the country adding that the goal was to see how young could be better organized and make the difference in the society.

‘’You know we are plagued by a burden of nepotism , corruption ,where I will look at you just because you are my friend, you are my brother I give you a job or opportunities which I know you are not even qualified for. The effects of these kinds of things are that you are planting the seeds of corruption because when you give me a job that are I am not competent for, I will have to cut corners till I leave that particular job. Mentally, psychologically, you have sent a message and signal to me that, it’s possible to have something that I do not deserve. So those kinds of leaders perpetuate corruption throughout their tenure,’’ he said.

He said that corruption, tribalism and nepotism in the country, have created ineffective institutions, where most appointments are not based on merit thus affecting the growth and development of every facet of the nation.

’We admire the America’s, Singapore and other nations.  They are where they are today because they are organized .So this conference is a start, for that kind of organization. The conference couldn’t have been timelier. We broke the main theme into two topics; one panel focused on the role of young people in tackling corruption. The panelists highlighted a number of issues including how young people are tackling corruption, how young people’s actions or inactions are actually perpetuating or helping corruption to thrive,’’ Joel Abdulai Kallon added.

The National Coordinator added  that there are  no quick fixes and  simple solutions to  the social ills  and problems the country is facing  but said, that he believed in the law of processes as the nation must start from somewhere for it to experience the change it deserved.

‘’What if we all assume just for a moment that solving these social ills depended solely on us. If it’s left with you alone, corruption will not be in Sierra Leone, tribalism will not be in Sierra Leone. If we all make that assumption and point out that yes corruption stops with me, then we will make a decision never to offer or receive bribes; we will stop pressuring our relatives and friends who hold public offices to offer us jobs that we know we are not competent to do. We will not go to the bank and try to offer gifts in order to avoid joining the queue. These are some of the manifestations of corruption,’’ the National Coordinator stressed.

The National Coordinator went on to say that the power to change is in everyone’s hands adding that being disciplined and showing commitment to avoid doing all the things we have been complaining about like corruption, nepotism among others should be everyone’s concern.

‘’The decision starts with us; let’s make those positive decisions that others could emulate. Imagine if we are able to replicate our core CGSL values to the whole population. Imagine if we escalate it to the national level, to our schools, and communities. The impact will be enormous,’’ National Coordinator Joel Abdulai Kallon added.

Keynote speaker of the Conference, Augustine Sorie-Sengbe Marrah said that it was quite an honour for him to be invited to speak about some matters which have upset the country’s national aspiration adding that he finds the gathering hopeful that young people are having conversations about eradicating corruption, nepotism and tribalism.

‘’ Let me start by noting that at the heart of corruption is nepotism which is the practice of favouring relatives and friends especially in giving job opportunities and such a practice of leadership creates a conducive atmosphere for tribalism to foster. We live in a deeply religious society so sometimes I wonder how it came to be that we have so much corruption and nepotism. These are social ills that should be rife in an irreligious or unrepentant society,’’ he said.

He said that the country’s leaders would talk about corruption, nepotism and tribalism as if they were not associated with them in any manner adding that  there is irony in society  where us as a people  preach one thing but do the very opposite.

“They sometimes campaign on ending corruption only to fly society on a higher altitude of corruption, nepotism and tribalism when they are elected. In 2019, I was privileged to be appointed one of seven persons to craft the current national anti-corruption strategy. We went across the nation to understand the causes and layers of corruption in different parts of the country. I was shocked at the deep-seated impoverishment of our people and the level of mistrust of leadership on the part of citizens, who have grown to perceive leadership and those at the helm of power as the grandmasters of corruption,’’ Lawyer Marrah said.

Lawyer Marrah added that, when as a nation we speak about corruption, we are not hazarding a guess about how it has the potential to rip a nation apart stating the Truth and Reconciliation Commission’s findings documented the causes of the civil conflict and recorded corruption and nepotism as one of the primary causes of the civil war.

“It was corruption that led to the killing of more than one hundred thousand people, unquantifiable maiming and violation of women and children. It was the discontentment with the level of corruption in the country that had brewed over time that was channeled through the barrel to wreak wanton destruction on a nation,’’ Lawyer Marrah stressed.

The renowned human rights lawyer added that for almost twenty years since the introduction of the Anti-Corruption Commission in Sierra Leone’s governance process, very little has changed stating corruption and nepotism have only yielded much dividends for the partakers.

‘’Before society degenerates into absolute chaos, the effects of corruption are often manifesting. The hospitals would be starved of medical supplies to such an extent that patients are more likely to pass in hospitals than to be cured. Roads would be perpetually in bad shape because someone who has been awarded the contract has already given half the sum of the contract as backhanders before the contract sum was paid. School supplies intended to improve learning are siphoned into personal endeavours. And as for justice, it is for sale to the willing buyer,’’ the renown human rights lawyer said.

The renowned human rights lawyer went to say that Corruption and nepotism have crippled our country saying while the older generation in other countries handed their young people legacies of technology, thriving mining industries, international commerce, cutting edge medical care, booming aviation industries, what have been bequeathed to the young people of Sierra Leone are corruption, nepotism, bad governance, battered economy and deep tribal sentiments.

“This is what the youth of Sierra Leone have been given to compete with their counterparts across the world. We talk too often about how corruption and nepotism have damaged our entire governance system. ‘’ 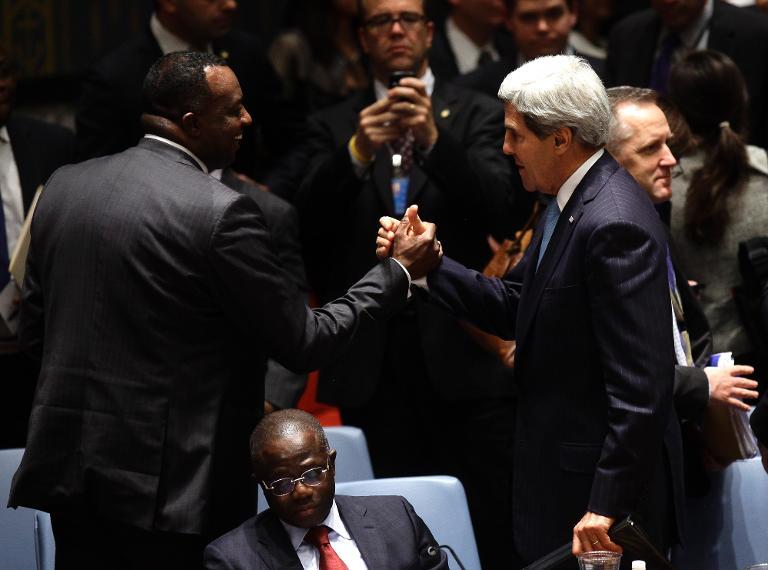