Rwanda National Police (RNP) on Wednesday paraded to the media twelve men it had arrested  belonging to the same ring, who were fraudulently soliciting money from people, who registered for driving tests, promising to get them driver’s license.The arrested suspects include seven Police officers, who were conniving with five driving school instructors to defraud candidates, who registered to do driving tests.The parade took place on Wednesday, November 3, at Kigali Metropolitan headquarters in Remera, Gasabo District.Sergent Twagirashema Augustin, who has been serving in RNP for the last 13 years is among those arrested.He, together with other Police officers at different ranks, alongside the driving school instructors, were operating a syndicate targeting people, who registered for driving tests, making them believe that tests are hard to pass and that they can facilitate them if they paid a certain amount of money.Some of the Police officers like Twagirimana, were arrested on sites where they had been deployed to supervise driving tests.Jean De dieu Nshimiyimana is among the five arrested driving school instructors. He said: “I was arrested on Monday, November 1, for allegedly collaborating with a Police officer to solicit bribes from candidates doing driving tests to help them acquire a driver’s license.”Information on the ring, Police said, was shared by one of the people, whom they had approached.“I had successfully registed to do driving tests, but they told me that it was not easy to get a permit without paying some money. They first demanded Frw300,000 but we later agreed Frw100,000, which I paid them,” said one of the candidates (names withheld).“Later, I realized that what I had done was wrong and contrary to the law. I decided to report to the Police.”RNP spokesperson, Commissioner of Police (CP) John Bosco Kabera said that the Police acted on the information provided by concerned residents to identify and arrest the suspects.“These seven Police officers were taking money from candidates and were using the five school instructors as their brokers,” said CP Kabera. “Investigations revealed that these Police officers were also adding names of people, who either failed or did not do the driving tests, on the list of those who passed. Some of those marked as passed did not even go to the driving test sites.”

CP Kabera urged the public to be vigilant and avoid criminal shortcuts to pay an extra amount of money.

He further warned that both soliciting and offering bribes are punishable by law.All the suspects were handed over to RIB for further legal processArticle 4 of the law N° 54/2018 of 13/08/2018 on fighting against corruption states that any person who offers, solicits, accepts or receives, by any means, an illegal benefit for himself/ herself or another person or accepts a promise in order to render or omit a service under his or her mandate or uses his or her position to render or omit a service, commits an offence. 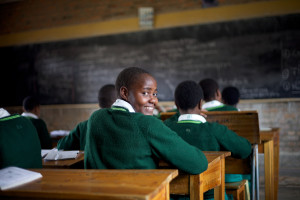 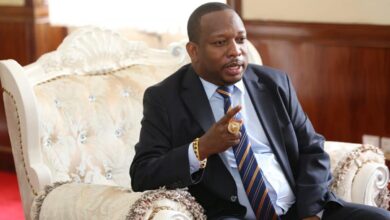