In 2007 the Mozambican government signed a concession contract with the Brazilian company Vale for coal mining in Moatize, Tete province, in an area of approximately 23,780 hectares, where more than 1360 families lived and worked at the time.

The communities directly affected by the mega-project had to be resettled. The turmoil and displeasure on the part of the population has been reported several times by the media and Civil Society organizations during the last few years.

As a way to show the real suffering of the resettled communities, Pan African Visions went to visit the sites and found several problems. Noise and environmental pollution and cracks caused in the houses following the earth tremors due to the explosives used by the mining company Vale, are some of the complaints of the population.

Alberto Roga lives in the Nhatchere neighborhood, on the outskirts of the city of Moatize. Incidentally, one of the residential areas closest to the mining operations of Vale Mozambique and tells the drama of living near a mine.

“My house is next door to the Vale mine. When they detonate the rocks, all that dust gets into our flour. Once I asked my wife to take the flour to serve as curry and they were completely dirty with coal dust. We washed it off and ate it, even though we know it’s harmful to our health,” Roga said.

“We are suffering. When you extend white flour, you will eat charcoal. They have come several times to register us, saying we have to leave here, but nothing is happening. All the houses here have cracks, but they say ‘we are not suffering, there are neither cracks nor dust. You are fine’. But we are not fine here,” reported one woman.

“When they do explosions, they create cracks in the walls of the houses and some of them have already collapsed. We feel that it is difficult to live in this community,” said another resident.

Other issues that plague residents in these areas are the occupation of agricultural land and the pollution of rivers where fishing was practiced as a means of livelihood.

“We can say that there is practically that motto that says that ‘the rich are getting richer and the poor are getting poorer. Because Vale has power and we have no power,” stated one resident.

“We are suffering from the dust that comes out of the company” and from the pollution of the Chirodzi River, complained Manuel Pateguana, leader of the village of Chirodzi.

“We breathe the smell of coal all the time,” added Pateguana, who said he has sent several e-mails to the relevant authorities reporting the communities’ problems, but to date has had no response.

The executive director of the Association of Support and Legal Assistance to Communities (AAAJC), Rui de Vasconcelos Caetano, says that the people who live around the mine have also suffered the impacts of coal mining. Besides air pollution, he points out that the river that used to supply the families was contaminated by the mining company.

“Vale is aware of this, so much so that it supplies these communities, through cistern trucks”, he added.

For the AAAJC executive director, the responsibility for the environmental and social damage attributed to Vale contrasts with the expectations generated by the company itself. “When there was the first contact with the population, the discourse was of development, of lots of jobs. So, this created expectation, and this expectation made the communities, without thinking, accept all those kinds of conditions. Today, we are kind of frustrated with the presence of this mega project, because it only brings us suffering.”

Lurdes Alberto, also a resident in Bairro Nhatchere, says that “where we live, there are breathing problems, conjunctivitis and tuberculosis.”

“We have a rural hospital in Moatize and the health technicians can’t explain to us the origins of the diseases. And we try to make a demonstration because of this problem and they only prescribe us what they understand and we remain sick,” denounces the resident. “”We are dying prematurely from air pollution by Vale”

Until they are resettled, the residents of Nhantchere want the mine to remain paralyzed. One of the residents demands: “While Vale is thinking about resettling people, the machine can’t work because we are dying”.

The population also shows great concern about the dust raised by the transportation of coal in open wagons. The trains pass very close to the dwellings, and the residents fear for their health.

“Coal is being transported in the open. I am of the opinion that coal should be transported with tarpaulin covers, so that it can give more safety to the people who are along the corridor. The train also passes through the village. We also feel it,” said a Moatize resident.

Coal trains in open wagons pass near Isidro Ismael’s house in Moatize. Ismael is apprehensive about the long-term effects of the passage of these trains.

“I am one of the victims. I’m just a few meters away from the railway line. It’s a very serious concern. Now, it may not even seem like a matter of great concern, but over time there will be many negative health effects for those who live along this corridor. The way the coal is transported is really very dangerous,” he told Pan African Visions.

Another resident who also fears the effects of coal dust, Joaquim Patrício, said in an interview with Pan African Vision that this is “a stone in the shoe, an extremely big concern.” He believes that in three to five years the population will face public health situations because of the way coal is transported.

The mining company Vale Mozambique is accused of abandoning employees who have fallen ill because of exposure to coal dust extracted in the Moatize district of Tete province.

Rui Mário Matongue, 28, operated the mining company’s machinery for five years and says he contracted a lung disease due to passive consumption of coal dust during his activity. Now he can’t work, he has no salary and no money to pay for his health expenses.

A father of two children, Matongue says that he receives no medical assistance, despite the fact that every month his health insurance benefit has been deducted from his salary.

“I am slowly dying and I don’t know what my fate will be without receiving a salary. We are being made slaves. We work to benefit certain people and the salary that is good, we don’t have. It may not be a big deal, but the problem is the lack of consideration”, the young man exclaims.

Some cases similar to Matongue’s have been taken to the Center for Arbitration, Conciliation and Mediation (CACM) – an entity that does not have a coercive role, but a persuasive one for the prevention and resolution of commercial and labor disputes.

In addition, Vale is accused of carrying out mass layoffs, without notice or just cause. “I was fired unfairly, without any compensation. There they work as if they weren’t in Mozambique, it’s as if they were in another country, because there people don’t have a voice”, says Jacinto Adriano, a former employee of the mining company.

Another former Vale employee, Jorge Luis, points out that this issue is not a recent one at the company. For Luis, the company has been unfair to its workers and many of these cases don’t come to light because people stay silent: “They trample a lot on their own workers, you don’t have a voice. They say that life comes first, but that’s not what happens. When you have health problems, they don’t want to hear that you have health problems,” he denounces.

The employees accuse the company of giving privilege to foreign workers. “There is a lot of difference at the level of treatment between nationals and foreigners. In terms of health treatment, with the same pay scale, a Mozambican doesn’t have the right to air tickets when, for example, he needs to be treated in Maputo or in another province. The health insurance is very restricted, you are not entitled to almost anything,” criticized Luis. 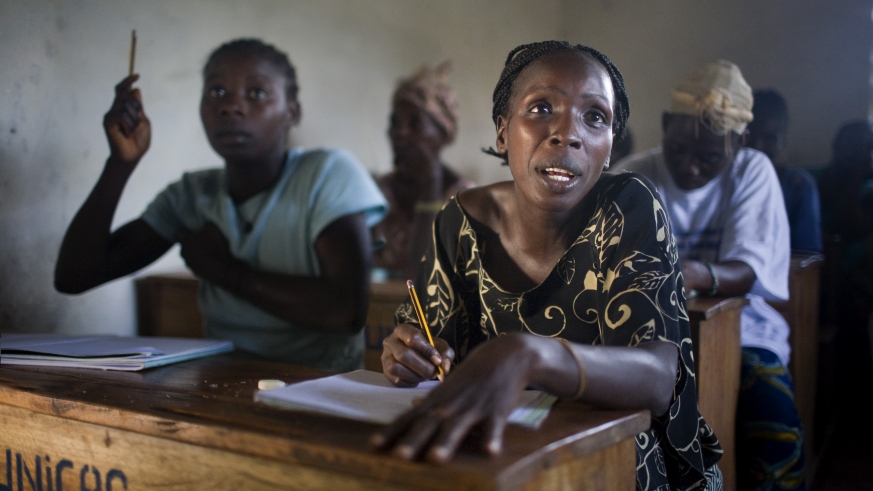