Kenya’s Ministry of Health has publicly confessed that the country is experiencing shortage of HIV commodities such as drugs and testing kits.

However, it dismissed claims that the East African country has completely run out of the commodities.

Health Cabinet Secretary Mutahi Kagwe said  the shortage is caused by a temporary global disruption in the commodity supply chain that had affected the seamless distribution of ARVs and early infant diagnosis reagents.

According to Kagwe, the ministry is doing everything it can to assure a steady supply of all HIV commodities in the country by the end of January 2022, including looking into alternate viral load and early newborn testing platforms.

“The country is also facing disruption in the supply of Laboratory reagents due to a global disruption in the supply chain. The Ministry of Health has been closely monitoring the global supply chain of all HIV commodities to ensure there are no stock-outs while exploring alternative Viral load and Early infant testing platforms” Kagwe assumed in a statement released on Wednesday.

The Cabinet Secretary led a ministerial delegation to a meeting with representatives of People Living with HIV to discuss methods to address the country’s stock out problem.

He stated that the government will speed up procurement processes in order to have the commodities in the country in the next 3 to 4 weeks, as well as explore local production for long-term supply.

“The Ministry of Health appreciates the long-standing partnership with the networks of people living with HIV and will continue to work with them and all other stakeholders to address gaps and challenges in the HIV response including the issues affecting the commodities supply chain. In this regard, we reassure the public that there are enough antiretroviral medications for all clients despite the reduced dispensation period to every client” noted Kagwe.

It was previously revealed that HIV patients are receiving less than the 3-month supply of drugs that they were supposed to receive. 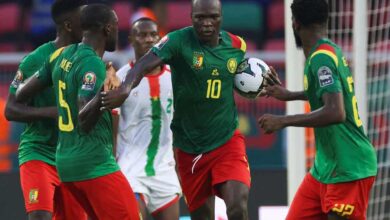