The Democratic Republic of Congo Armed Forces (FARDC) Chief of General Staff, Gen Célestin Mbala Munsense has avoided to comment on allegations linking Rwanda to M23 rebels, after attacks in the Eastern Congo.

Gen Célestin Mbala Munsense was  speaking on Wednesday during an  official visit to Rwanda where he discussed several topics with his Rwandan counterpart, Gen Jean Bosco Kazura.

Rwanda Defence Force statement said that “The discussions centered on the regional security situation and the fight against terrorist groups”.

Rutshuru is near Bunagana area which borders DRC with neighboring Uganda.

Local officials alleged that  attackers came from Rwanda, however , Rwanda Defense Force issued a statement on Tuesday, 9 November 2021 denying any involvement in the attacks.

After discussions with his Rwandan Counterpart, Gen Célestin Mbala Munsense avoided commenting on the issue, leaving it to “the Expanded Joint Verification Mechanism (EJVM) to do its work and give us precisions on the situation.”

He rather said that, his discussions with Gen Jean Bosco Kazura revolved around  “framework of plans established with our neighboring countries in dealing with terrorist groups and other transnational threats. This conforms with recommendations from the African Union to combine effort in fighting threats that hinder our collective development”.

Gen Mbala Munsense added that the discussions also looked at mutual efforts to prevent negative forces operating along our borders in a bid to strengthen our relationships towards the mutual development of our people”.

M23 rebels are known for attacks that were launched against FARDC in 2012, which left them occupying Goma, a city in Northern East of Congo.

Rwanda was believed to be behind the rebel group, and It was condemned internationally. Some western country froze their aid to force Rwanda to retreat, although the East African country denied any wrongdoing.

M23 later was defeated by FARDC backed by UN force, some members  fled towards Uganda , others to Rwanda. 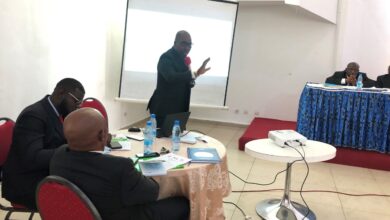