Participants at the just concluded Southern Cameroons 2021 Leadership Retreat have called on the Swiss government to make the ongoing mediation on the Anglophone crisis to be multilateral…to bring in other countries so the process could be strengthened.

From October 29 to November 1, 2021, in Toronto, Canada, leaders and stakeholders of the Southern Cameroons met for a high-level Leadership Retreat (organized by the Coalition for Dialogue and Negotiation, CDN) reiterating their firm determination to ensure that the aspirations of the people of Southern Cameroons are realized, through dialogue and internationally mediated negotiations to address the root causes of the Anglophone crisis.

On January 27, 2019, Switzerland announced it had agreed to mediate talks between Cameroonian authorities and the separatists in a bid to end escalating violence in the country’s North West and South West Regions. “Switzerland was tasked by a majority of the parties with facilitating an inclusive negotiation process,” the Swiss Foreign Affairs Department (FDFA) said in a statement back in 2019 following  two-days of talks with several groups.

In a communique, the leaders and stakeholders of Southern Cameroons resolved to improve dialogue and collaboration within the Leadership of the struggle; safeguard education, access for humanitarian aid and human rights; guiding principles for negotiation and a framework for international mediation.

There has, however, been silence on the part of the Cameroonian government about the follow-up to the first steps of the dialogue initiated by Switzerland. President Biya has remained tight lipped on the mediation process but back in 2019 instead called for a major National Dialogue which many said was not inclusive and did not solve the root causes of the ongoing crisis.

Taking note of the lack of progress and commitment from the government of Cameroon, the leaders and stakeholders agreed to “work together to ensure international mediations are credible…engage to improve internationally mediated process facilitated by the Government of Switzerland, including adding like-minded partners and reconvene to assess progress in alignment with the collective aspirations of the people of Southern Cameroon.”

Those in attendance collectively applauded the Coalition for Dialogue and Negotiation, CDN, for “providing the space for these frank discussions and committed to working with the CDN to build synergy.” “They called on CDN to facilitate another meeting within the shortest possible time to discuss more substantively on the relevant issues raised in this Retreat.”

Switzerland has reportedly received the backing of the international community in the mediation process, including the United Nations and the United States, while the Swiss government has condemned “false information that tends to undermine the credibility of the process.”

Joseph Lea Ngoula, a security expert, told Jeune Afrique that the Swiss approach needs to be inclusive and multilateral and multidimensional as the present format is not sufficient. “The Swiss approach, although beneficial, remains insufficient to stop the spiral of violence that is spreading to the different regions. It includes only a limited number of actors, leaving aside all the social and political forces that have a very important role to play in stabilizing crisis zones in Cameroon.”

The Coalition for Dialogue and Negotiation is however, determined to ensure an inclusive Southern Cameroonian side for negotiations and is scheduled to pursue conversations with the ACT team post-retreat to get them to work together with the other NSAGs.

Since 2017, a war of secession has seen deadly fighting between government forces and separatists. The humanitarian catastrophe has led to thousands of deaths and the displacement of approximately half a million people, either internally or as refugees in neighbouring countries. Many schools have closed to avoid frequent attacks against education facilities. Teachers and students have been attacked, kidnapped, threatened and killed. In 2021, more than 700, 000 children are deprived of education in the South West and North West Regions.”

In Madagascar, pockets of famine as risks grow for children, warns WFP 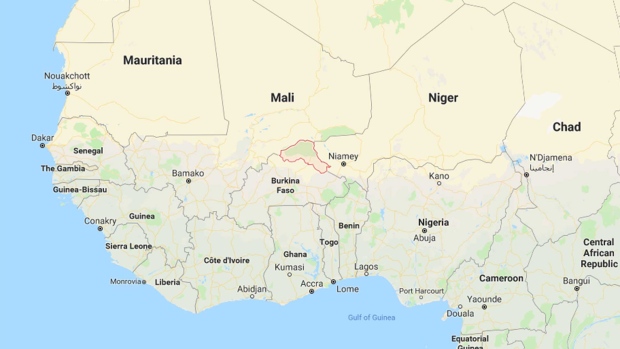