These donations are part of the U.S. and Argentina governments’ commitment to share vaccines safely, equitably, with no strings attached, and with the primary objective of saving human lives in the southern African country.

“This assistance is another example of the strength of the U.S.-Mozambique relationship, building on decades of health cooperation between both nations,” said U.S. Ambassador to Mozambique Dennis W. Hearne. “Safe and effective vaccines are our best tool to end the pandemic in every nation around the world.”

The U.S. Government has committed to purchasing and donating 1.1 billion COVID-19 vaccine doses worldwide. To date, the United States has delivered more than 243 million doses of vaccine to more than 100 countries. The commitment to provide COVID-19 vaccines to 92 Global Alliance for Vaccines and Immunization (GAVI) Advance Market Commitment economies and African Union Member States will continue to fulfill U.S. President Biden’s commitment to strengthen the fight against the global pandemic.

In Mozambique, the U.S. Government has provided early and ongoing support for the response to the COVID-19 pandemic, including assistance valued at US$62.5 million. This assistance includes 60 oxygen cylinders donated to the Mozambican Ministry of Health this month, 50 ventilators, personal protective equipment for healthcare workers, laboratory and oxygen equipment, training, and funding for increased medical staff, among other initiatives.

In close collaboration with the Government of the Republic of Mozambique, the U.S. Government provides more than US$500 million in annual assistance to improve the quality of education and healthcare, promote economic prosperity, and support the overall development of the nation.

According to the media release late November, it was the largest single donation of vaccines received by Mozambique, and the first consignment sent by Argentina to other countries.

“Argentina is part of a global system of reciprocity set up to donate vaccines, in order to reduce the levels of infection and the effects of the global Covid-19 pandemic”, said the release. “This is an international mechanism which, during the recent G20 summit was mentioned by the countries involved as an effective response of solidarity against the pandemic.”

The Embassy added that Argentina has offered vaccines to several other countries that are facing an urgent need for more vaccines, and has received a favorable response from ten countries in addition to Mozambique. After receiving over seven million doses of vaccine, which has allowed it to speed up its own vaccination programme, giving full protection to much of the population, Argentina says it can now afford to donate vaccines to countries in greater need.

The release says that the Argentine authorities are motivated by principles of solidarity and fraternity with the Mozambican people and with other countries that require the vaccine. It added that “this donation of AstraZeneca vaccines will contribute to the vaccination objectives that Mozambique has established.”

Mozambique is experiencing a period of low transmission of Covid-19 in all provinces, with a total of 1,938 deaths and 151,488 cases by late November, 98% of which have recovered from the disease.

The Mozambican government’s target is to vaccinate about 16.8 million people. Excluded from the vaccination are pregnant women and children under 15 years of age. According to the latest figures from the Health Ministry, the number of people fully vaccinated against the disease now stands at 3,324,849, and 6,158,360 have received at least one dose of the vaccine.

Mozambique shares borders with South Africa where a new COVID variant (B.1.1.529), renamed Omicron, is currently spreading. It was detected among several people in South Africa Gauteng province where the capital Pretoria and commercial capital Johannesburg are situated. Austria, Canada, France, Germany, Italy, the Netherlands and Britain among others joined the United States in restricting flights from the region – southern Africa.

U.S. President Joe Biden has announced travel restrictions on flights from South Africa and seven other countries, effective November 29. Biden made the announcement after consulting with Dr. Anthony Fauci, his Chief Medical Adviser. The other seven countries are Botswana, Zimbabwe, Namibia, Lesotho, Eswatini, Mozambique and Malawi.

The European Commission, the executive arm of the 27-nation European Union, also proposed a complete suspension of flights to and from southern Africa until there was a “clear understanding about the danger” that it said was posed by the new variant. On November 26, experts from the World Health Organization (WHO) discussed it at an emergency meeting, but has urged against travel curbs at this stage. 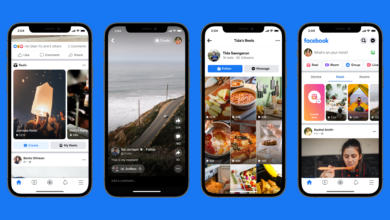