Chidi Nwaogu is a tech entrepreneur and software developer. He is the CEO of Publiseer, a digital content distribution company that helps independent and underserved African creatives earn a living. He is the winner of the 2020 Migration Entrepreneurship Prize from the Swiss Government, and is also an Acumen Fellow, Alibaba eFounders Fellow, Westerwelle Fellow, and French-African Young Leader.

“One important thing I learned from the ABH program is that to build a successful business, one shouldn’t focus on breadth, but on depth. Focusing on the number of customers one can acquire is nothing if the quality of the services that you offer to them is less than exceptional,” says Chidi Nwaogu in an interview with PAV

May we know a little more about Publiseer, how did its creation come about, and prior to your participation in this year’s ABH competition how was it doing?

Publiseer is a digital platform that helps independent African writers, musicians, filmmakers, and video game developers, focus on the creating process, while we handle the tedious but important business of transforming their creativity into wealth for them. Our mission as a business is to help these creatives earn above the minimum wage and live above the poverty line from the sales of their creative works. We achieve this by helping them distribute, protect, promote, and monetize their creative works worldwide at no charge to them, but for a share in the revenue we generate for them. First, we fine-tune their creative works to industry-standard, so that they stand a chance to compete on a global scale in a very competitive market. Then, we protect their work from intellectual property theft and illegal distribution, so that they truly own their works. Finally, we distribute their works to our over 400 well-established local and international partner stores, so that they easily get discovered. Our creatives can monitor their sales performance across our partner stores using our centralized dashboard and receive their royalties via African-tailored payment methods, such as into their local bank account or through their mobile money wallet.

Five years ago, my twin brother and co-founder recorded a studio album. He heard of a music aggregator based in the US and distributed his album with them and had huge sales after engaging in some social media campaigns. Unfortunately, the aggregator and other existing aggregators primary pay royalties via PayPal, and in many African countries, including Ghana and Nigeria where we come from, we can’t receive money this way, so he went for the alternative payment method, which is cheque payment. Two months down the line, the cheque never arrived, so he reached out to them to know why. It was then they discovered someone in Oslo, Norway, intercepted the cheque via mail fraud, and used a fake ID to take the money, and my twin was devastated. A year later, he said to me, “I’m not the only African creative that have gone through this kind of challenge trying to monetize my content independently. Let’s create a platform that solves this problem for African creatives”, and Publiseer was born.

So far, we have worked with over 7,000 creatives from Ghana, Nigeria, Kenya, South Africa, and Egypt. Thanks to a grant we received from Institut Français and the Goethe-Institut, we expanded to French-speaking African countries, which includes Senegal, Togo, and Côte d’Ivoire. We have distributed over 12,000 creative works, including eBooks, audiobooks, short films, feature movies, digital music, music videos, and video games. These works have received over 56 million downloads and streams; helping to generate over $280,000 in revenue for our creatives.

What are some of the defining lessons you have learned in the 2021 ABH prize competition?

Any advice to many in Nigeria who may now look up to you as a role model, what are some of the tips or things to have in mind for them to emulate your success?

Do not dwell on your successes. I achieve something great; I celebrate instantaneously, and immediately, I move on to the next goal. I’m always constantly asking myself, “What’s next?” “Yes, I did great, but that was yesterday. What can I do great today?” I don’t dwell on past glory. I move on.

Also, never say “I tried”. Keep trying until you get it done and you get it done right. I fail more times than I succeed. You just don’t see my failures. I fail, I learn from it, and I try again, this time more intelligently and more informed. I never say, “I tried.” I try over and over again until I get it right. Even if it takes a thousand times to get it done, I will do it. I never say, “I can’t” because failure is success when you learn from it. The only time you fail is the moment you quit.

What role do you see entrepreneurship playing in shaping a better future for Nigeria and Africa?

From March 2020, in the midst of the COVID-19 lockdown, many lost their jobs and moved from being gainfully employed professionals to being unready job seekers living with uncertainty. According to the UN’s International Labour Organization, 225 million jobs were lost worldwide in 2020 alone, thanks to the COVID-19 pandemic. I believe that entrepreneurship is the only way to reduce this global unemployment. So, I see entrepreneurship playing a leading role in shaping a better future, not just for Nigeria and Africa, but for the entire world. Through entrepreneurship, people will create sustainable and profitable businesses that will employ others, create wealth for themselves and their nations, and improve the overall economy of the world.

As the 2021 ABH prize competition winds down, any last word to your fellow contestants, mentors, sponsors, and management of the competition?

I want to say a big thank you to my mentors for shaping me for success. I want to thank the ABH management team for putting such an amazing program together for African entrepreneurs. And I want to thank my fellow contestants for solving some of Africa’s most pressing problems through innovation. Everyone has been remarkable before, during, and of course, after the competition is over.

Special Report: A Picture-Perfect Portrait Of Africa in ABH Top 10 Finalists For 2021

ABH Continues To Develop Us For Greatness-Violet Amoabeng, Founder and CEO, Skin Gourmet 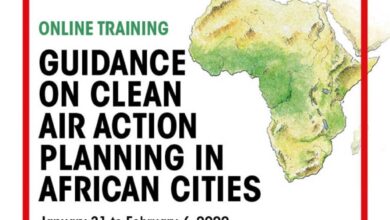