At the end of matchday three of the UEFA Europa League, one name struck out from all the headlines – Karl Toko Ekambi, an individual who has been going about his business under the radar and now sits top of the goal-scoring chart of the competition.

Karl Toko Ekambi who play in the French Ligue 1 with Lyon has found the back of the net 5 times, that is one ahead of Nigeria’s Victor Osimhen (Napoli) and Zambia’s Patson Daka (Leicester City).

The Cameroonian international has added to his goals with several assists to his name and sits on the third position on the assist chart with 2 assists, one behind Gotze of PSV Eindhoven and Iheanacho of Leicester city.

The goals for Toko Ekambi places Lyon top of Group A with a perfect record (3 wins from three games). In the last game against Sparta Prague, Toko Ekambi scored a brace in a 4-3 victory. Before that, he had scored a brace against Broendby IF in a 3-0 victory.

This is an outstanding statistic for Toko Ekambi in continental football and his best goal-scoring season. He has featured three times in Continental games and has never scored more than three goals in the competition.

The last time Toko Ekambi scored more than 2 goals in Continental competitions came back in 2018/19 when he scored three times in seven games for Villarreal. While on loan to Lyon for the 2019/20 season, Karl Toko Ekambi failed to find the back of the net in four appearances.

Toko Ekambi will be hoping to do better in the French Ligue 1 as he has scored just 2 goals in the Ligue. Over the weekend, the Cameroonian scored the opening goal but Lyon went on to lose the encounter 2-1 against Nice. In all competitions, Toko Ekambi has scored 7 goals. 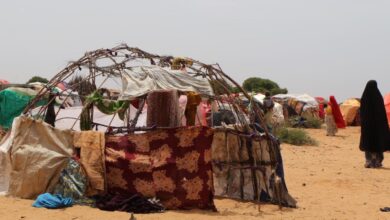